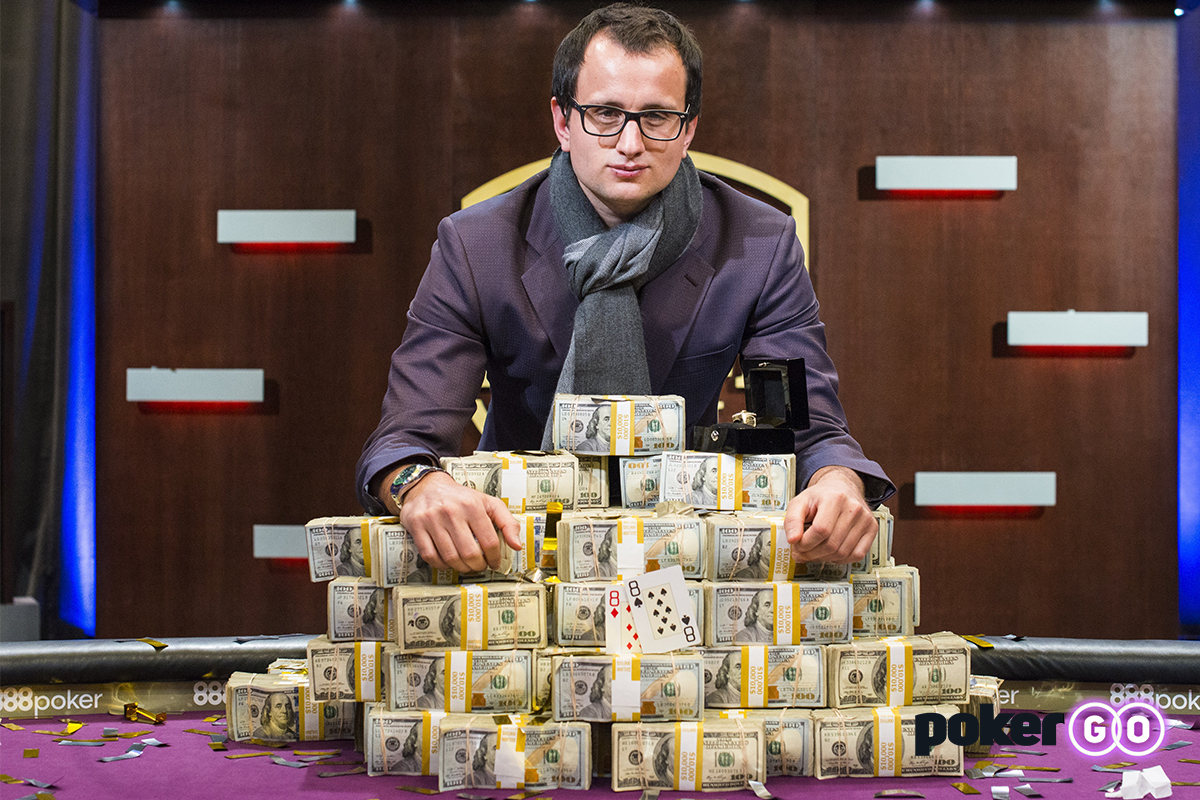 The Super High Roller Bowl returned to ARIA Resort & Casino in Las Vegas, Nevada, for its second-ever tournament. The $300,000 buy-in Super High Roller Bowl II drew a field of 49 competitors and had a $15 million prize pool. In the end, two young German players, Rainer Kempe and Fedor Holz, found themselves heads up for the title, and it was ultimately Kempe who walked away with the $5 million first-place prize and championship ring.

Kempe was a big chip leader entering the final day, with Holz sitting in second place on the leaderboard but not too far ahead of Bryn Kenney in third. Phil Hellmuth was the shortest stack among the final seven.

Kempe wasn’t going to let Holz score all of the eliminations, though, and he busted Matt Berkey in fifth place. Kempe had pocket sevens and they held against the ace-nine of Berkey. Berkey placed fifth for $1.1 million.

Despite starting the day as the shortest stack remaining, Hellmuth did his best to ladder into the top four. That’s where his run would end, though. Hellmuth was eliminated by Kempe in fourth place and took home $1.6 million in prize money.

Erik Seidel had the shortest stack to begin three-handed play, and he would eventually be sent to the rail by Kempe. Seidel moved in from the small blind with ace-seven and Kempe called him with a dominating ace-ten. Kempe’s hand held to send Seidel out the door with a $2.4 million score. Seidel had also cashed in the first-ever Super High Roller Bowl the year prior, finishing seventh for $860,000 in that event.

Heads-up play began with Kempe out in front of Holz by a fairly large gap. Holz began by closing the gap early, but then Kempe stretched it back out again. Holz did find one double and even took the chip lead at times during heads-up play, but Kempe eventually came out on top when the two clashed with pocket pairs.

Plenty of other big names were in the mix for Super High Roller Bowl II, including Dan Smith, Jason Mercier, and Andrew Robl. Smith bubbled the event in eighth place, with Mercier busting in ninth. Robl finished in 10th after he bubbled the event the year before.