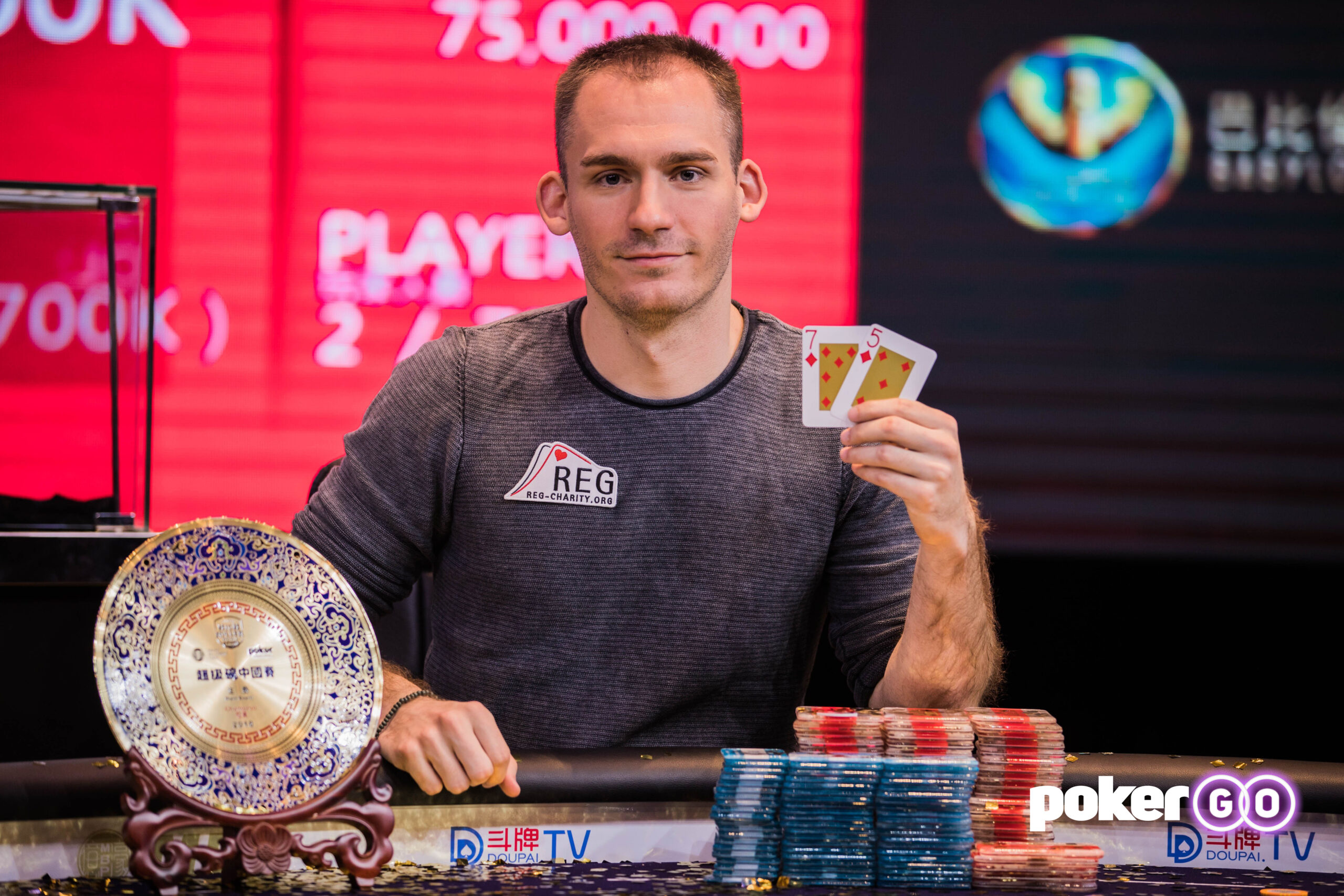 Bonomo entered the final day of play atop the remaining seven players with an enormous chip lead. Even though Bonomo was very much in the driver seat to start, he sat on the sidelines for the first elimination. David Peters was the first player to bust on the final day when his ace-queen couldn’t beat Rainer Kempe’s pocket tens. Peters picked up a payday of HK$8.73 million ($1.113 million).

Bonomo was involved in the next elimination. His ace-queen has Stephen Chidwick’s king-queen dominated. Despite picking up a flush draw on the flop, Chidwick couldn’t come from behind and hit the rail in sixth place for HK$10.185 million ($1.298 million).

Bryn Kenney was the player to bust in fifth place for HK$11.64 million ($1.484 million). He was sent to the rail by Kempe, as Kempe once again busted a player with pocket tens holding up against ace-queen.

The Kempe train kept rolling when he busted Dominik Nitsche in fourth place, with Nitsche picking up HK$13.095 million ($1.669 million). That train hit an abrupt stop when Kempe busted in third place, though. Patrik Antonius was the one to knock out Kempe when he made a flush against Kempe’s set of fours. Kempe, the winner of Super High Roller Bowl II, won HK$16.005 million ($2.04 million) for placing third in Super High Roller Bowl China.

The heads-up match between Antonius and Bonomo didn’t take too long. In the end, it was Bonomo flopping a diamond flush and Antonius making a straight on the river that ignited the fireworks. Antonius led with a bet of 17 million into a pot of 21 million. Bonomo raised all in and Antonius found a call for his remaining 29 million in chips. When the hands were tabled, Antonius saw the bad news with Bonomo showing a flush. With that, Antonius was eliminated in second place and won HK$24.735 ($3.153 million).