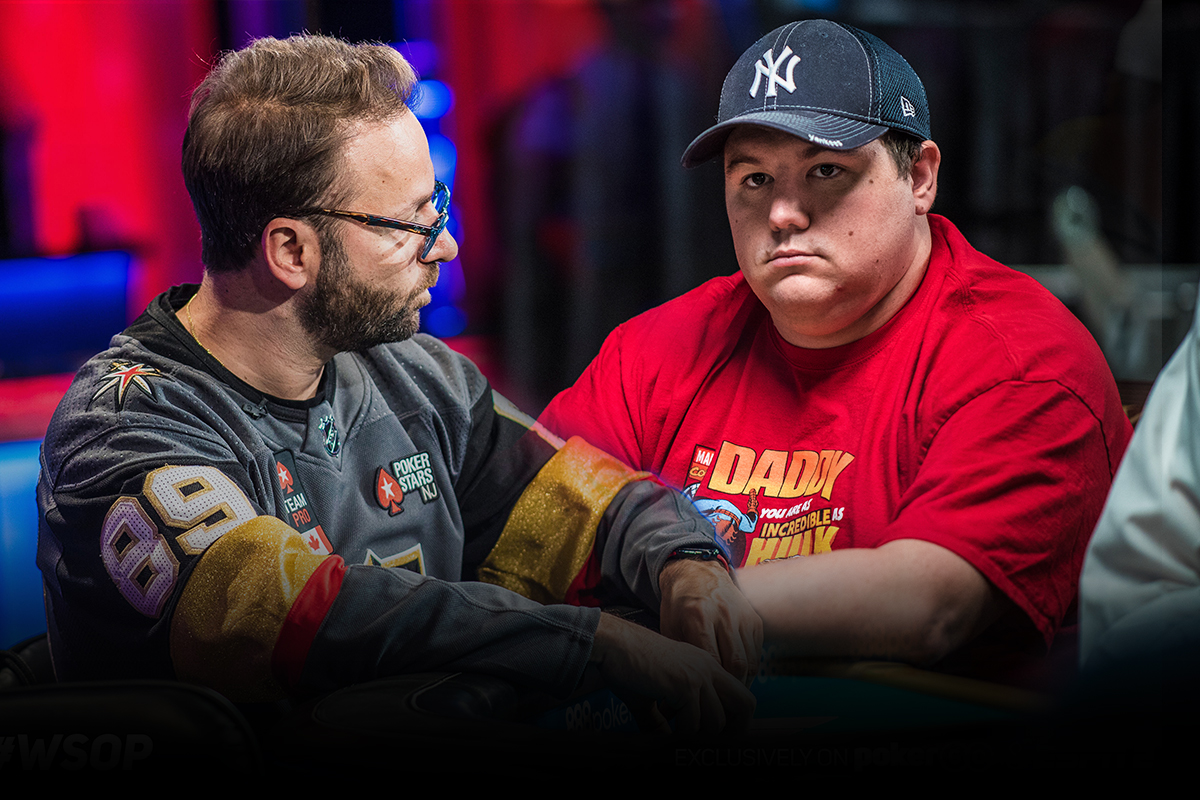 There's no love lot between Daniel Negreanu and Shaun Deeb!

This week’s podcast – Episode 145 with your hosts Remko Rinkema and Brent Hanks – features the biggest name in the game. Daniel Negreanu, a.k.a. ‘Kid Poker’ only needs gentle prodding from Remko and Brent to respond to the latest developments in his bitter Twitter feud with the reigning WSOP Player of the Year Shaun Deeb.

“I had no issue with him!” says Negreanu, “This asshole puts a tweet out that says, ‘I can’t wait for the divorce tweet in two years’. That’s out of line.”

Negreanu does not hold back on this week’s podcast, revealing that he’s seen a private chat between Deeb and his friends.

“Even they are saying ‘What is wrong with you?’. Even if you felt it, why would you say that? I just found a funny way to tell him the truth. [Amanda] said ‘Who’s is this fucking guy?’”

From calling Deeb out regarding an angle-shoot the 2018 WSOP Player of the Year allegedly carried out against an 80-year-old man to questioning Deeb’s decision to miss the birth of his firstborn for SCOOP, the two-time WSOP Player of the Year himself admits he got childish, but in his own words, regarding Deeb’s controversial views on mark-up, “To call people scammers or cheaters is just bullying. Yeah, I fought back with some low blows, but he deserved it. He started it!”

Looking Ahead at the 2019 World Series of Poker

Aside from Negreanu’s war on Deeb right on the cusp of the World Series, the podcast delves into some facts about Kid Poker it’s unlikely anyone outside his inner circle knows. If you want to know who his Top Five Poker Players of All-Time are, you’ve got to take a listen, not least because there are a couple of surprising names in there.

Negreanu’s WSOP Summer centers around his Vlog and the package that everyone’s talking about – buying a piece of his World Series, of course. Negreanu details the release date and tells all about the idea, as well as talking about how he wants it to be accessible for all at a low price with no mark-up at all. It’s his motivation for playing some really low buy-in events in Las Vegas this 29th May- 16th July.

“The Super High Roller Bowl crowd are intense, the crème de la crème, they’re the best, no question. But I want to see what the state of poker really is at the grassroots level.”

With Brent chiming in about his own first-ever experience of the WSOP, can you guess when Negreanu first traveled to the greatest poker show on Earth? We’ll give you a clue – he met a guy called ‘No Home Jerome’…and he wouldn’t even get to play an event.

From his first bracelet to Kane Kalas’ latest prop bet against Doyle Brunson (‘Kane is getting +EV, but they both have a good bet and it’s a lot closer than people might think.’), Negreanu spills the beans about the $25k Fantasy Draft, the songs he knows by heart and whether there’ll be meat to eat at his and Amanda Leatherman’s wedding.

As well as the extended interview with Kid Poker, Remko and Brent round up the latest High Roller of the Year standings and discuss the Power Rankings, where Alex Foxen has proved he can do no wrong. Listen to the full podcast in the player below.