partypoker Team Pro Joni Jouhkimainen was just eliminated and countryman Jens Kyllonen has followed him to the rail. Action was picked up late, with Kyllonen all-in and at risk against Aku Joentausta. 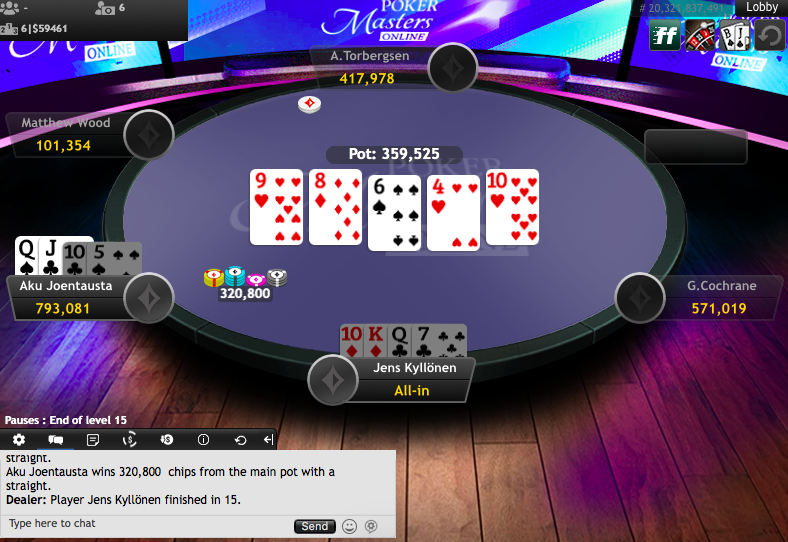 Joentausta is now the chip leader with over 1,000,000, while BK and Canada’s Matthew Wood were also eliminated before the end of Level 9.

partypoker Team Pro Joni Jouhkimainen returned from the last break short and after a few minutes, he was eliminated by Jake Schindler. Action was picked up on the turn, with Jouhkimainen, Schindler, and Jonathan Depa all checking. 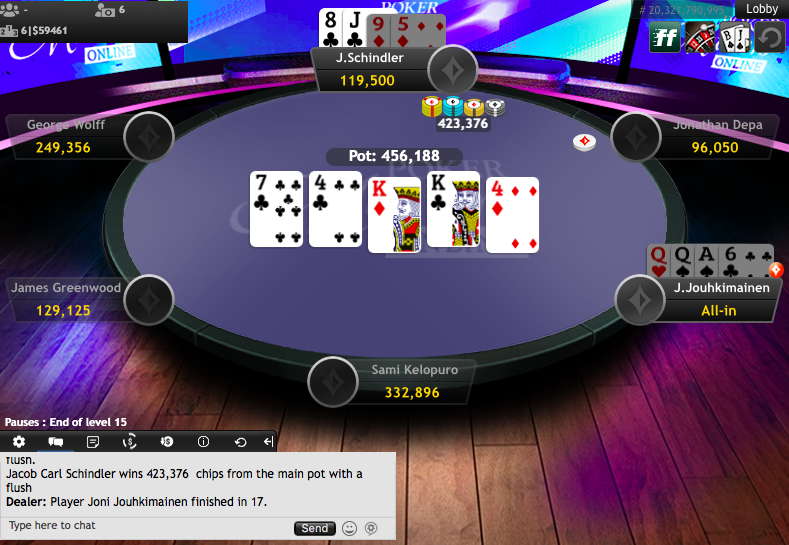 On the river, Jouhkimainen checked again and Schindler bet half-pot – which was enough to put both players all-in. Depa tank folded and then Jouhkimainen called. Schindler’s flush eliminated the Fin and there are now 16 players remaining. 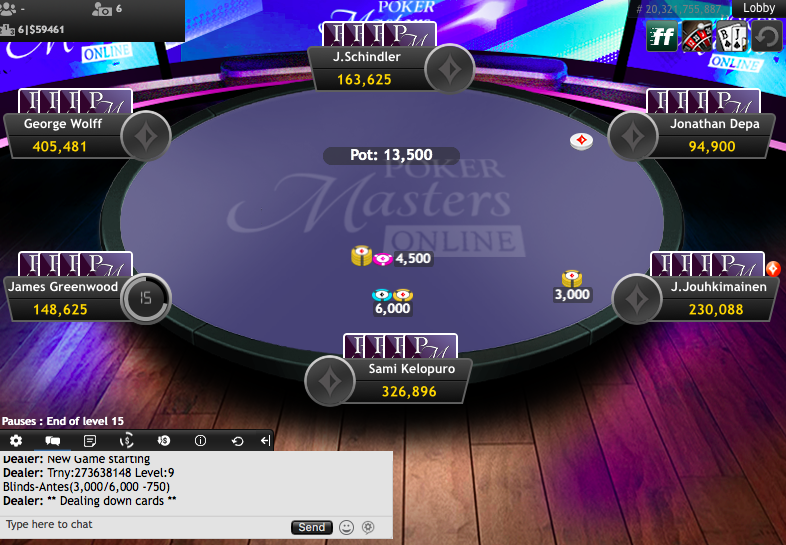 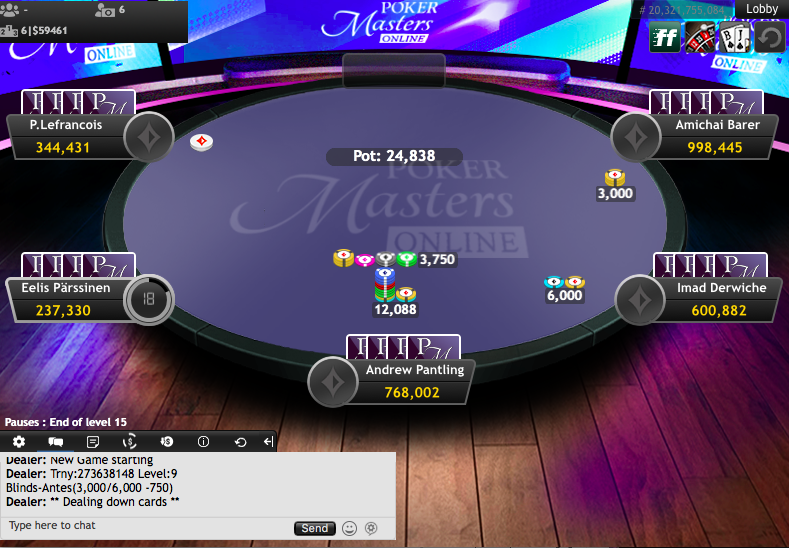 The field is down to the final 18 players and the final three tables. Only 6 players will record a Poker Masters Online: Pot Limit Omaha cash in Event #3. Poker Central will follow the action until the end of Day 1 – after Level 15.

A complete list of the new seating assignments and chip counts will be posted, starting with Table 1: 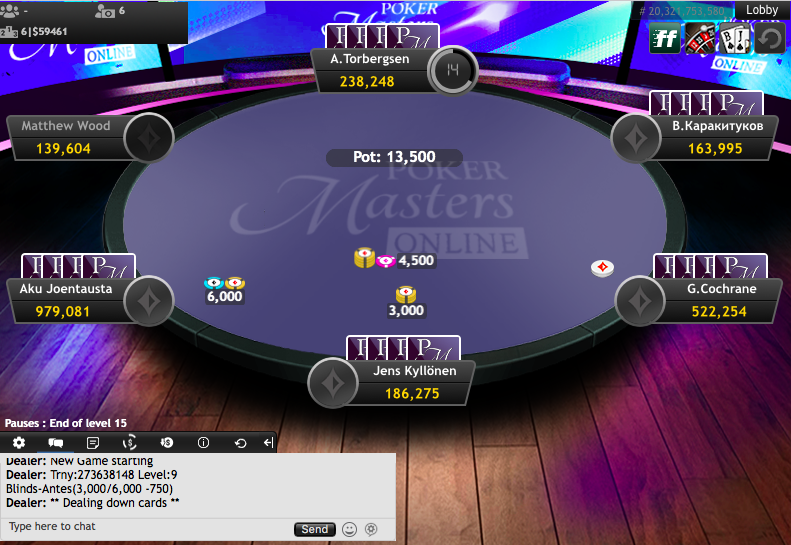 Level 8 has concluded and that means that the payouts are set.

Whether we get ITM today or after tomorrow’s Day 2 restart remains to be seen. Regardless, Poker Central will be here to bring you the action from the next few hours of action – Day 1 will conclude at the end of Level 15.

Three tables are currently open and Table 3 is certainly the Feature. 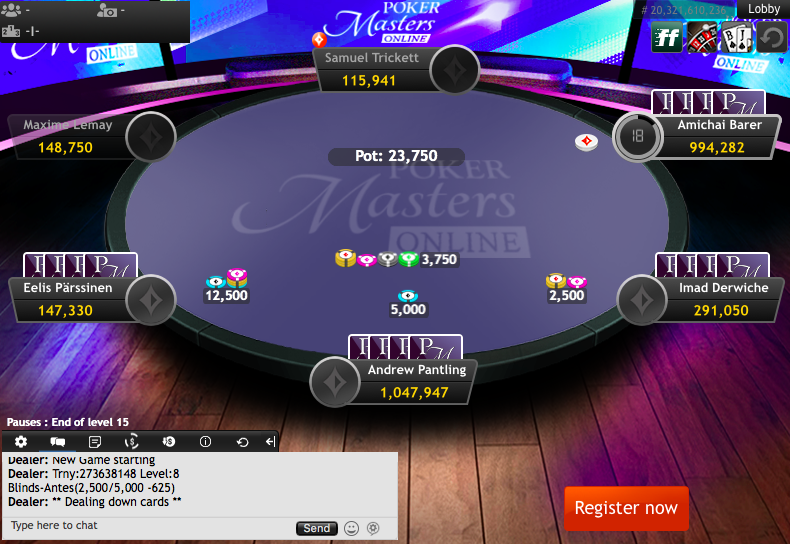 partypoker Team Pro Sam Trickett is in action there, along with two of the biggest stacks in the room. Both Andrew Pantling and Amichai Barer have ticked over 1,000,000 through the first half of Day 1. 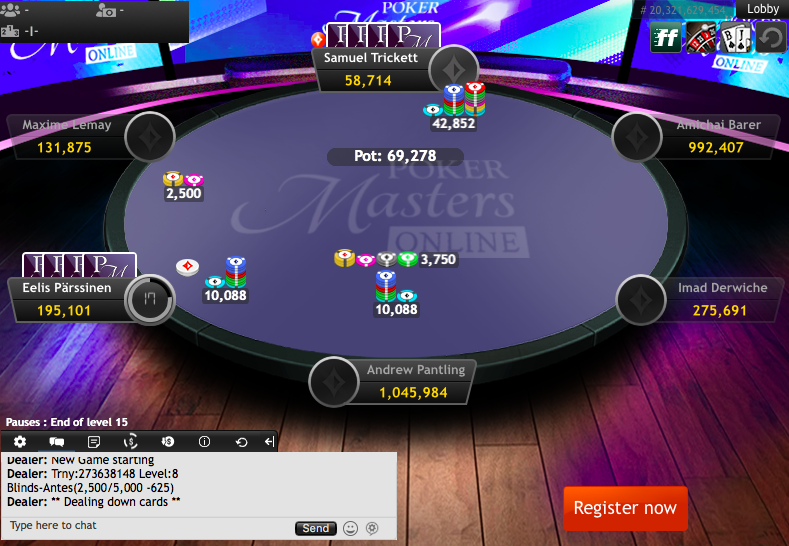 Trickett hasn’t had the same fortune. He’s been stuck on a short stack since entering, but that hasn’t kept him from mixing it up as the field heads towards the end of Level 8.

Heading into the final level of late registration, 40 total entries have pushed the prize pool to the $1,000,000 mark and six players are scheduled to cash in this Poker Masters Online: Pot Limit Omaha event.

Those figures will be finalized after Level 8, and play will then continue until the end of Level 15. The remaining players will bagchips for Tuesday’s Day 2 restart.

Poker Central will continue to provide updates from Event #5 through the next few levels, with an updated look at the chip counts coming shortly.