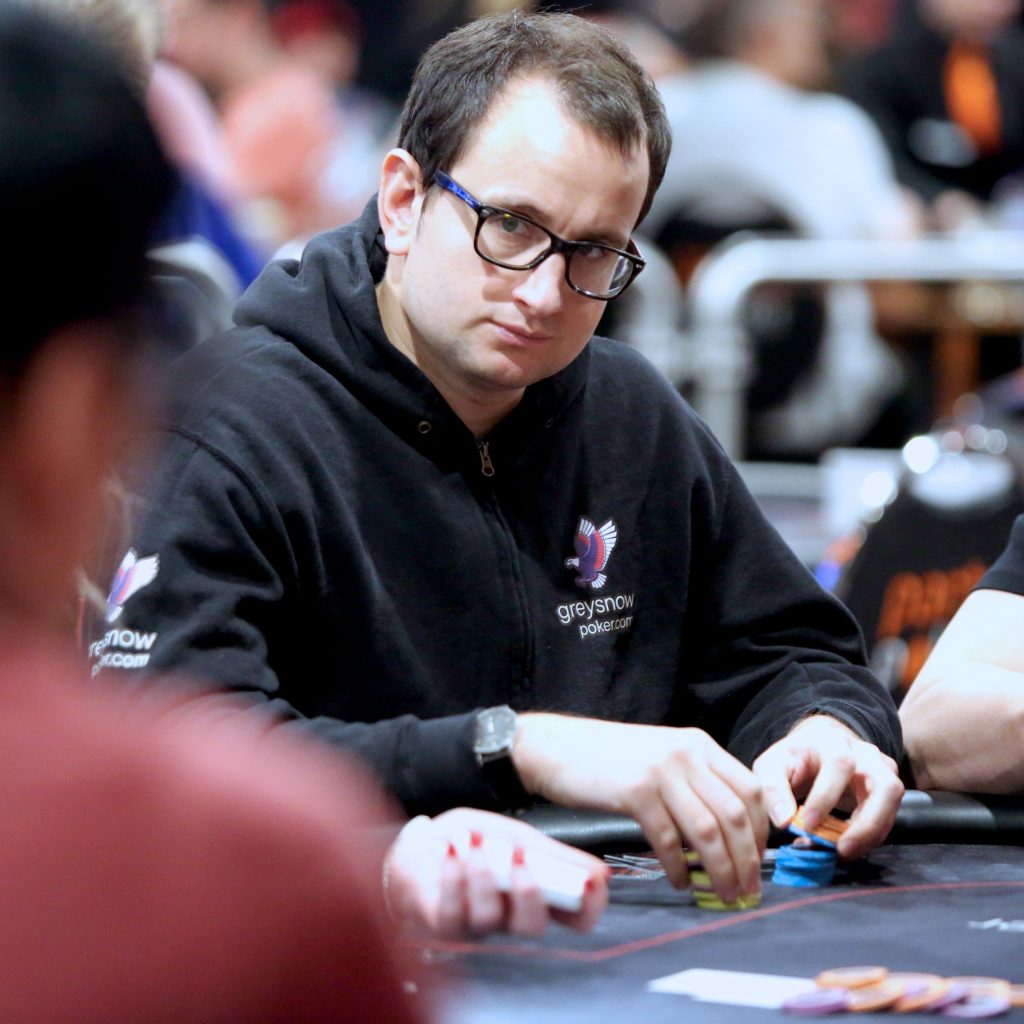 Rainer Kempe ran out of chips on the feature table, stacking under 300,000 when he opened his final hand to 24,000 with

.  Leon Tsoukernik, agent of chaos that he sometimes is, moved all in preflop once more (the previous hand saw him, too, drop to around 300,000 after he made the same move with

and ran into the pocket sevens of Mikita Badziakouski).  Alex Foxen moved all-in over the top, and Kempe put the rest of his stack over the line.  It was a battle of the aces:

The board paired only Tsoukernik’s kicker with its

run-out, sending Kempe to the rail where he only remained momentarily before re-entering.