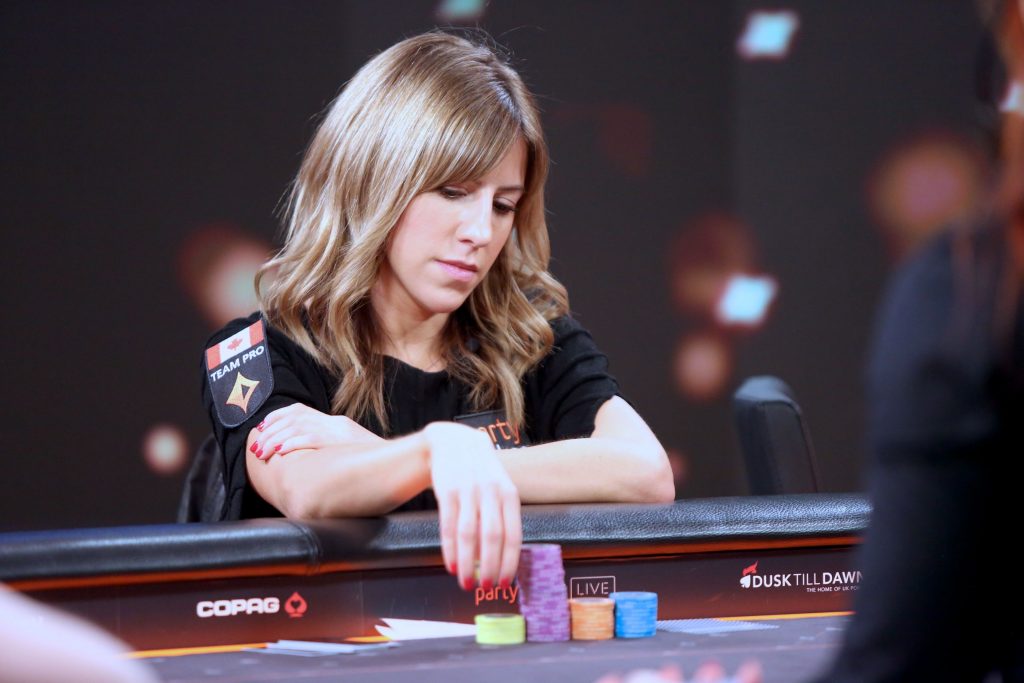 Rainer Kempe opened preflop to 25,000 (as has been happening fairly regularly) with

, called by big blind Kristen Bicknell alone, who defended with

.  Kempe made it a full clip fired at Bicknell with a bet of 195,000.  She went into the tank, enough to use a timebank card, but eventually called and was shown her hand was good, and had been all along.