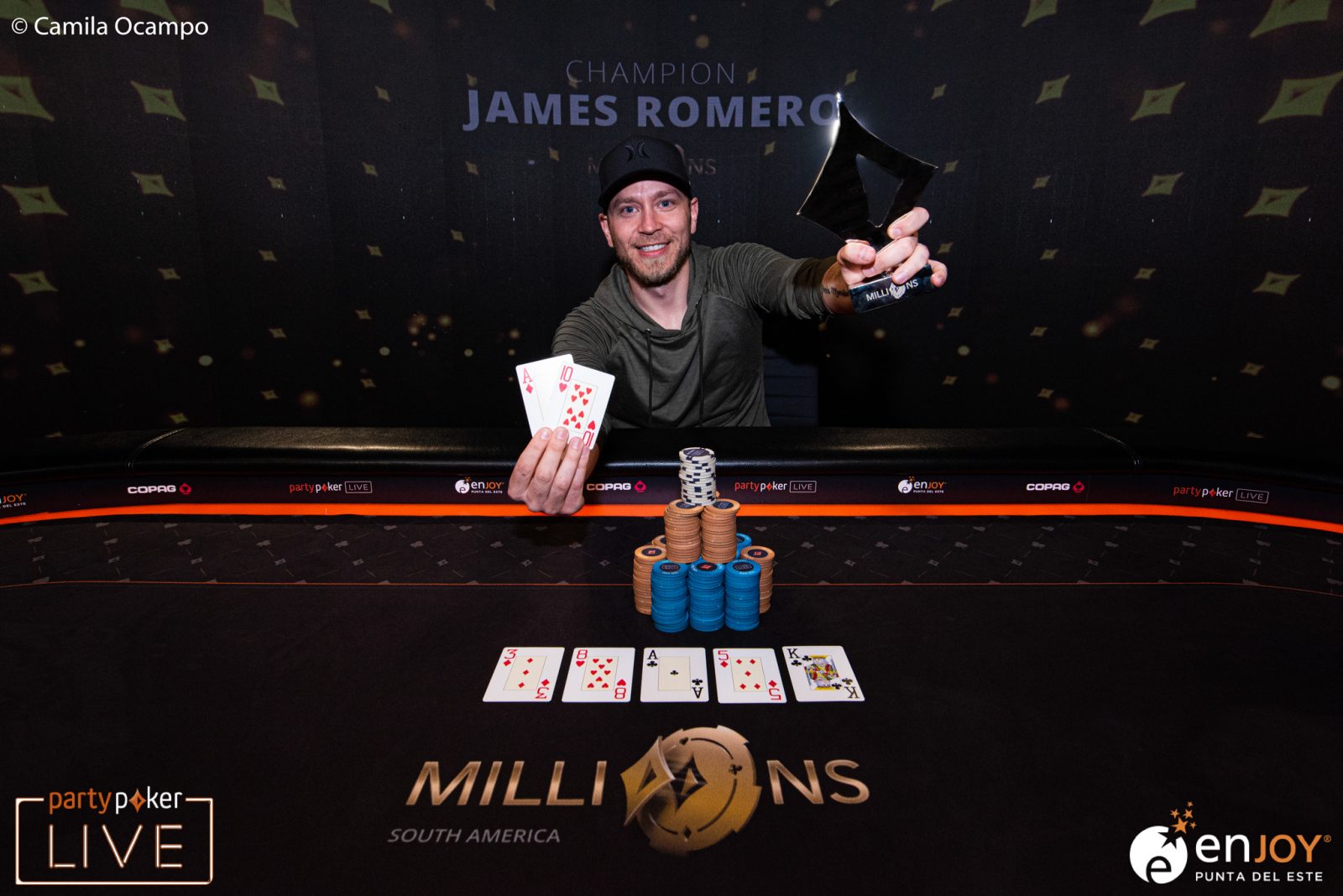 Mathis had an incredible year last year when he won the Main Event at the 2019 partypoker MILLIONS South America, held in Rio de Janeiro, Brazil. He can now add another success at the same event after finishing runner-up to Romero.


Only 15 players started the final day of the $25,500 Super High Roller after 35 entries were made on Day 1 of the tournament. Mathis started the day as chip leader and Romero followed very closely. The first player eliminated at the start of the day was Jack Sinclair. Leo Fernandez, Sergio Iralasky, and Rainer Kempe busted out shortly after. The last two players to miss the final table were Brazilians Brunno Botteon de Albuquerque and partypoker PRO Joao Simao.

The final table was reached with eight players, but only five of them would make it to the money. The first one to exit the final table was Polish partypoker PRO Dzmitry Urbanovich. He lost against the eventual third-place finisher Jacob Daniels after Urbanovich wasn’t able to hit his combo draw. Roberto José Sarga busted in seventh place and Scotland’s all-time money list leader Niall Farrell was eliminated on the bubble when he wasn’t able to win with eights against the queen-ten of Daniels.

Daniels had about 40% of the chips in play in front of him when they reached the money and all players were guaranteed to take home at least $60,000. Francisco Benitez had about five big blinds when they reached the money and he was the first player sent to the cashier. Daniels put Benitez all in when it folded to Daniels in the small blind and he had him dominated with ace-ten against ten-eight. No eights on the board and Daniels eliminated Benitez.

It was then Ivan Luca who couldn’t win with ace-six against the king-nine of Romero to finish in fourth for $100,000. Daniels, who still had over 50% of the chips in play then lost two big hands in a row against Romero to collect $150,000 for his third-place finish.

The heads-up match lasted a little longer than an hour and Mathis managed to come back to even take over the chip lead at one point in the match. The players never got the money in the middle, however, until the final hand of the night commenced. At first, Mathis tried to bluff Romero but the bluff was picked off and Romero took the chip lead. In the last hand of the night, Romero won with ace-ten against the queen-jack of Mathis.

That was all for the $25,500 Super High Roller coverage at the 2020 partypoker MILLIONS South America but the Main Event is already underway and Day 1b starts tomorrow where Mathis can try to defend his Main Event title. 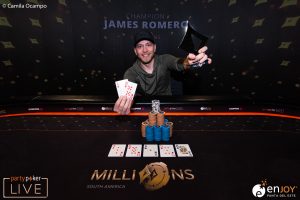