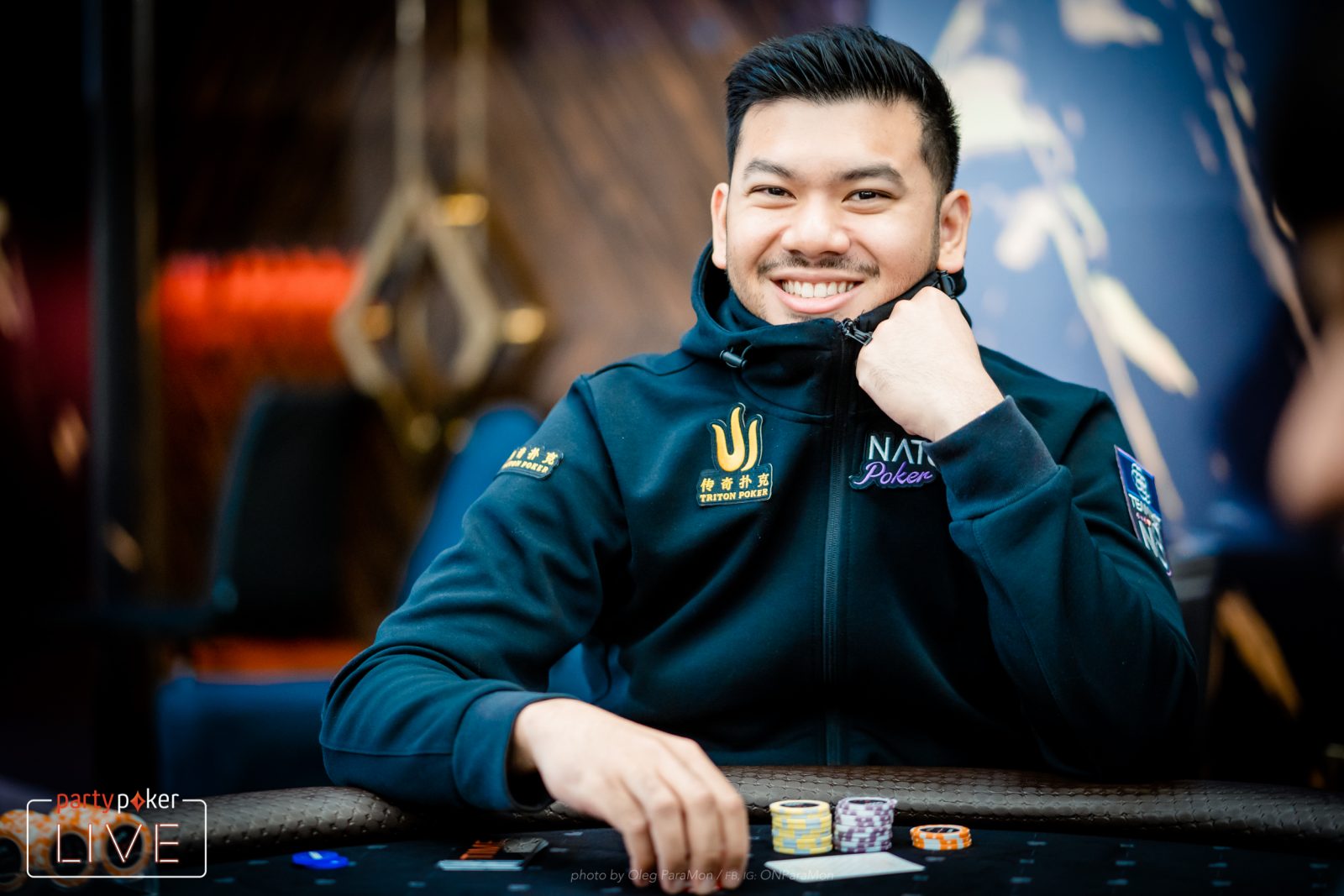 Soyza will be entering the final day with a commanding lead, having a stack of 5,120,000 which is over 1.5 million more than the closest competitor. The Malaysian native had a relatively smooth day, sitting well-above average for the vast majority until the bubble. Soyza called himself all-in on the bubble with a pair of aces versus the jack-ten of Sam Greenwood. Soyza took down the pot and then began to take over the tournament, non-stop piling chips throughout the remainder of the night, eventually finishing on top with a commanding lead.

The nearest stack behind Soyza’s monstrous mountain is 3,515,000 and it is owned by none other than Phil Ivey who is fresh off a runner-up finish in the last $50,000 Short Deck that added $525,000 to his resume. Ivey is one of the best in the world and is surely someone to look out for tomorrow as he attempts to one-up his last Short Deck final table appearance.

Rounding out the final table headed into the final day are Sergi Reixach (2,915,000), Lee Wait Kiat (2,540,000), Sam Greenwood (950,000), Seth Davies (855,000). Kiat made his first appearance of the series today and is officially one-for-one on making final tables in Sochi. The Malaysian has already secured his biggest career cash here in the seventh event and will have his eyes on that first-place $856,050 money.

Play began at 3 p.m. (MSK) with just three tables to start the day but by the time late registration had closed that total shot up to 55. The second $50,000 Short Deck of the series exceeded expectations, hitting a $4,200,000 prize pool. A total of eight were set two be paid with a min-cash pulling in $107,000 and the eventual winner taking home the $856,050 first-place money.

The tournament played through 11 levels before finding nine left on a bubble that lasted an entire level of play. When the money was reached it was at the expense of Stephen Chidwick who was dubbed the official bubble boy after he called all-in with ace-nine versus the ace-king of Team Hot Michael Soyza. The board ran out clean, Chidwick took and exit and all that remained were now guaranteed a trip to the payout desk.

Thai Ha was the first to hit the rail after his big slick ran into the pocket kings of Reixach, sending him out in eighth place for $107,000. The unofficial final table was then set and the remaining seven decided to play down to six before wrapping up. Dmitriy Kuzmin saw action fall on him in the cutoff, he shoved ace-ten but unfortunately ran into the ace-king of Soyza. Kuzmin failed to catch up and was eliminated in seventh for $133,760.

Event #7: $500,000 Short Deck final table begins at 1 p.m. (MSK) on Friday, March 13, with the final six battling it down to a winner who will take home the top prize and a trophy for their mantle. 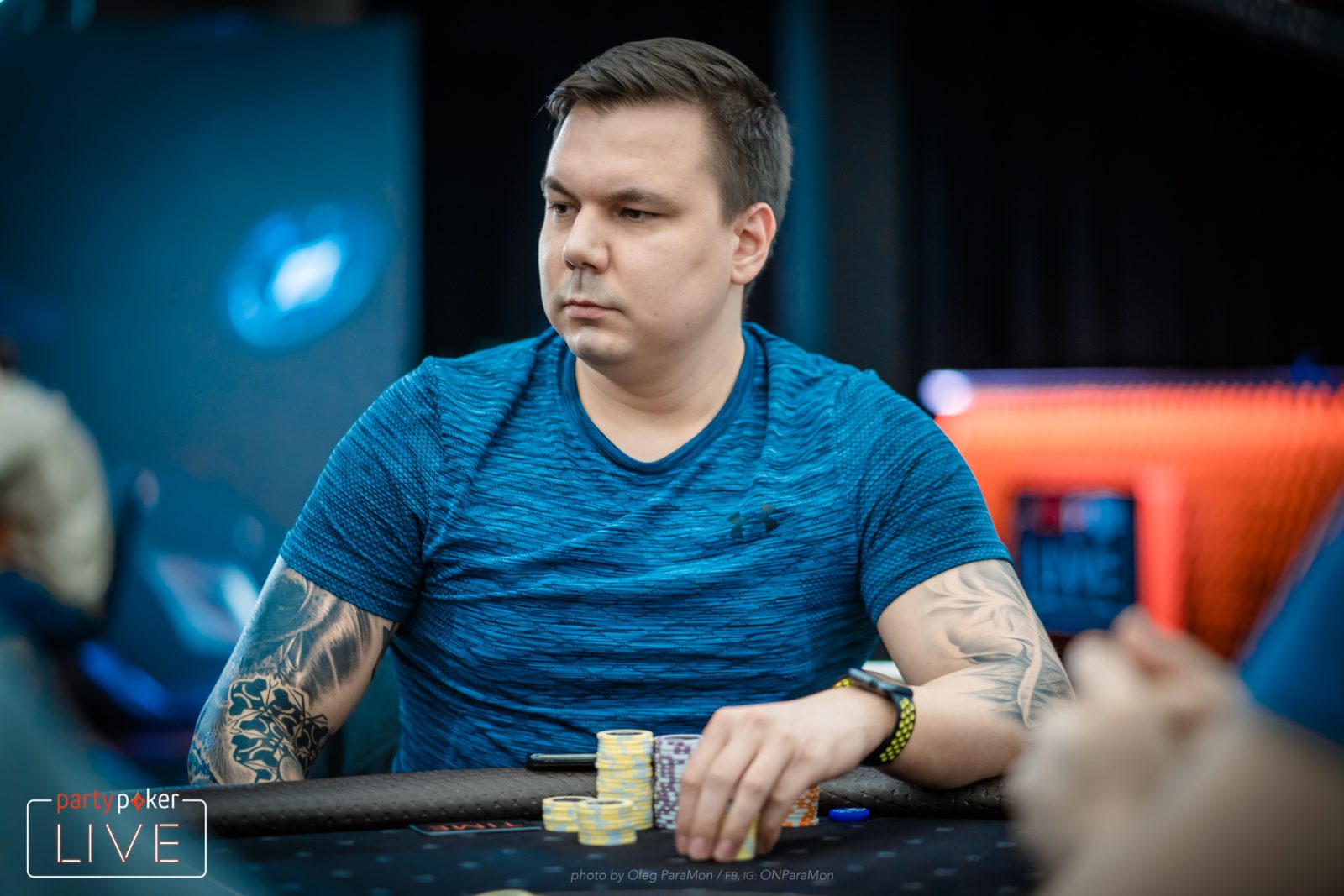 Dmitriy Kuzmin moved all in, totaling about 1,200,000 from the cutoff and Michael Soyza snapped him off, putting Kuzmin at risk of elimination.

Kuzmin was in rough shape and when the

flop peeled off it was not looking good. A

turn gave some hope but the

river sealed the deal for Soyza, sending Kuzmin to the payout desk. 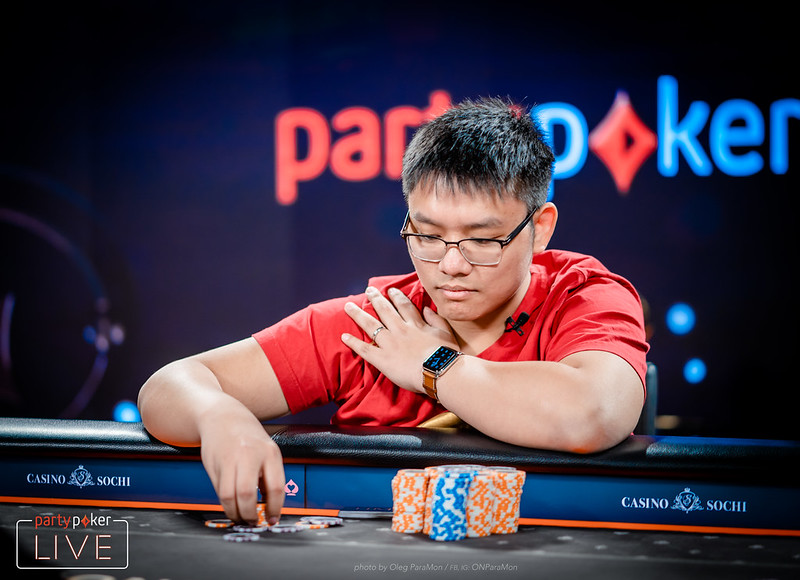 Thai Ha moved all in for his last 800,000 and Sergi Reixach snap-called, putting the all-time Vietnam money leader at risk.

on the flop and Reixach was still well in front. A

turn left Ha with one last chance for romance but the

river was not it and he was eliminated in eighth.

Michael Soyza Sends Stephen Chidwick Out on the Bubble 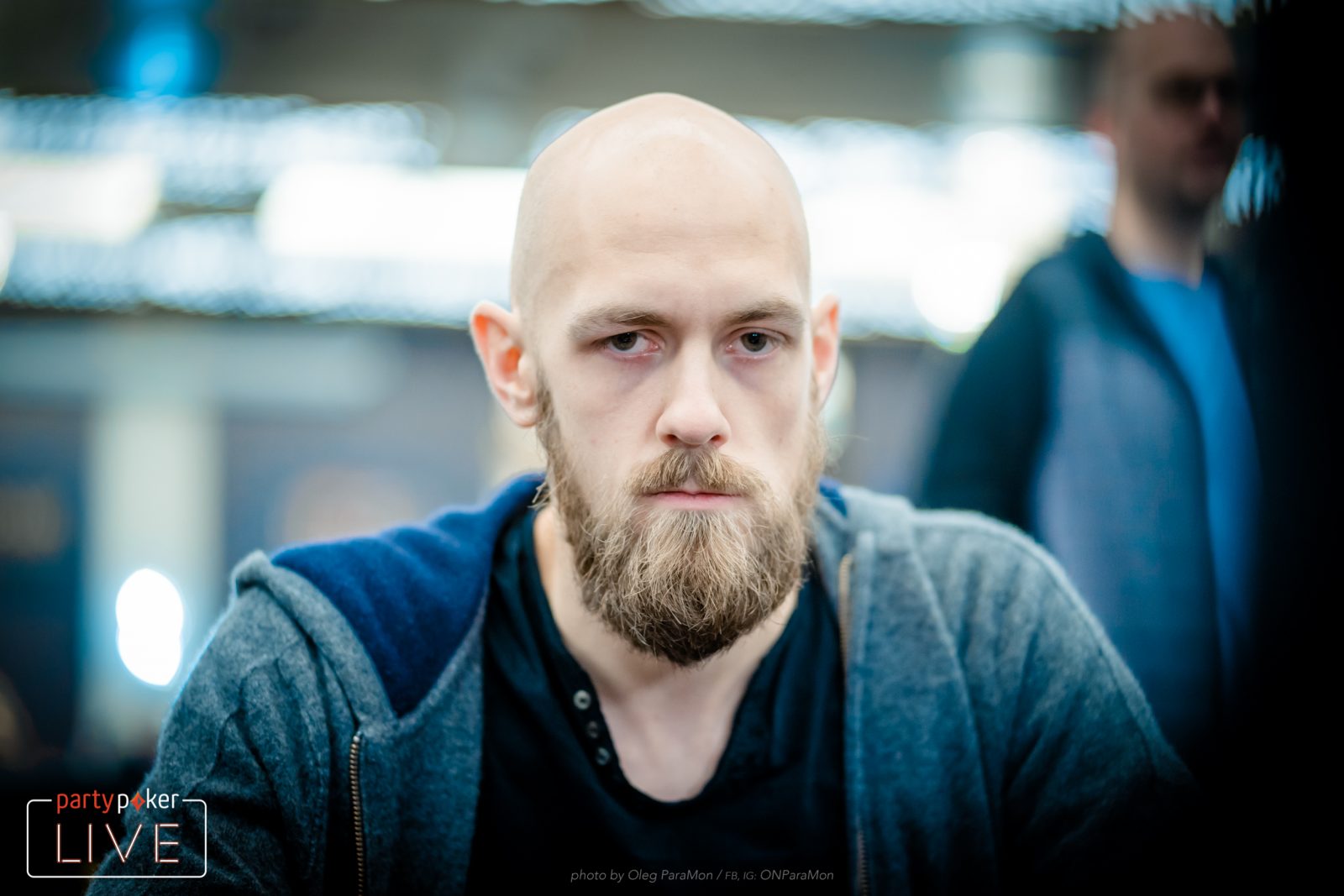 Michael Soyza moved all in, totaling more than anyone could touch and action folded to Stephen Chidwick who called for his 685,000 stack.

on the flop and Chidwick needed help or he was going to take an exit. A

river failed to improve Chidwick’s hand enough and he was eliminated on the bubble sending another pot to the chipleader Soyza.

The remaining nine players will now be taking a quick 10-minute break.