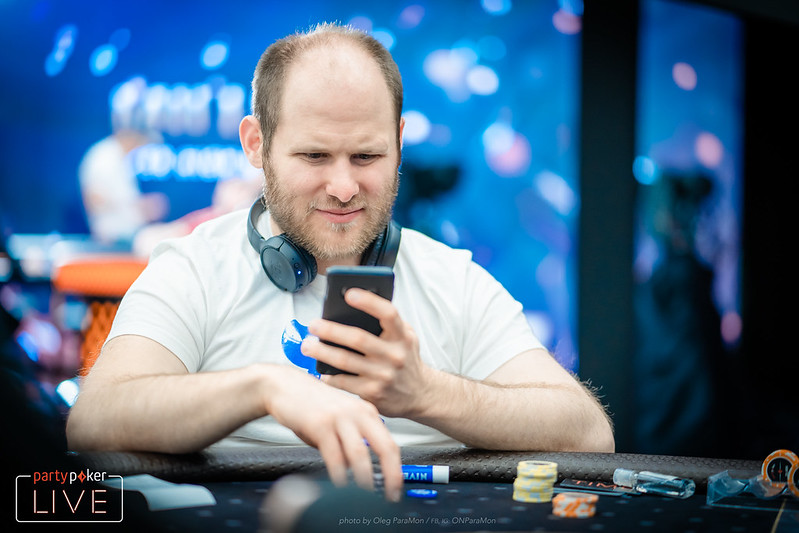 Eight players return for Day 2 of the third Short Deck event at the partypoker LIVE MILLIONS Super High Roller Series Sochi.  In the lead is Sam Greenwood, fresh from his 5th place finish in yesterday’s Event #4 $50,000 “long deck” event which netted him $180,000, followed by none other than Phil Ivey.  Over 1.5 million chips separate the stacks of these two greats of the game – more than the full complement of chips that Mikhail Rudoy, Paul Phua, Cary Katz and Aaron Van Blarcum will bring back to the table today.

Van Blarcum is deserving of an honourable mention for having now cashed in four out of five events so far here in Sochi, and is gunning for his fourth final table.  The extraordinary wealth of experience at the super high roller level at the last two tables, however, will put him to the test.

Katz and Blarcum finished sixth and fourth respectively last night; Phua too has already dipped a toe in 2020 Sochi success with a runner-up finish to Wai Leong Chan worth $305,000 in Event #3.  The list of surviving competitors is rounded out with Wai Kin Yong and Seth Davies, near tied for third in chips overall.  All returning players are guaranteed at least $100,000 for making the money; $800,000 is reserved for today’s eventual winner.  A total of $2,500,000 in prize money will be awarded in this event, which attracted 50 entries.

Live streaming on PokerGO is scheduled to resume at 7am EDT/2pm local time – however, the final table must first be set.  Watch coverage from both tables with an hour’s delay right here.