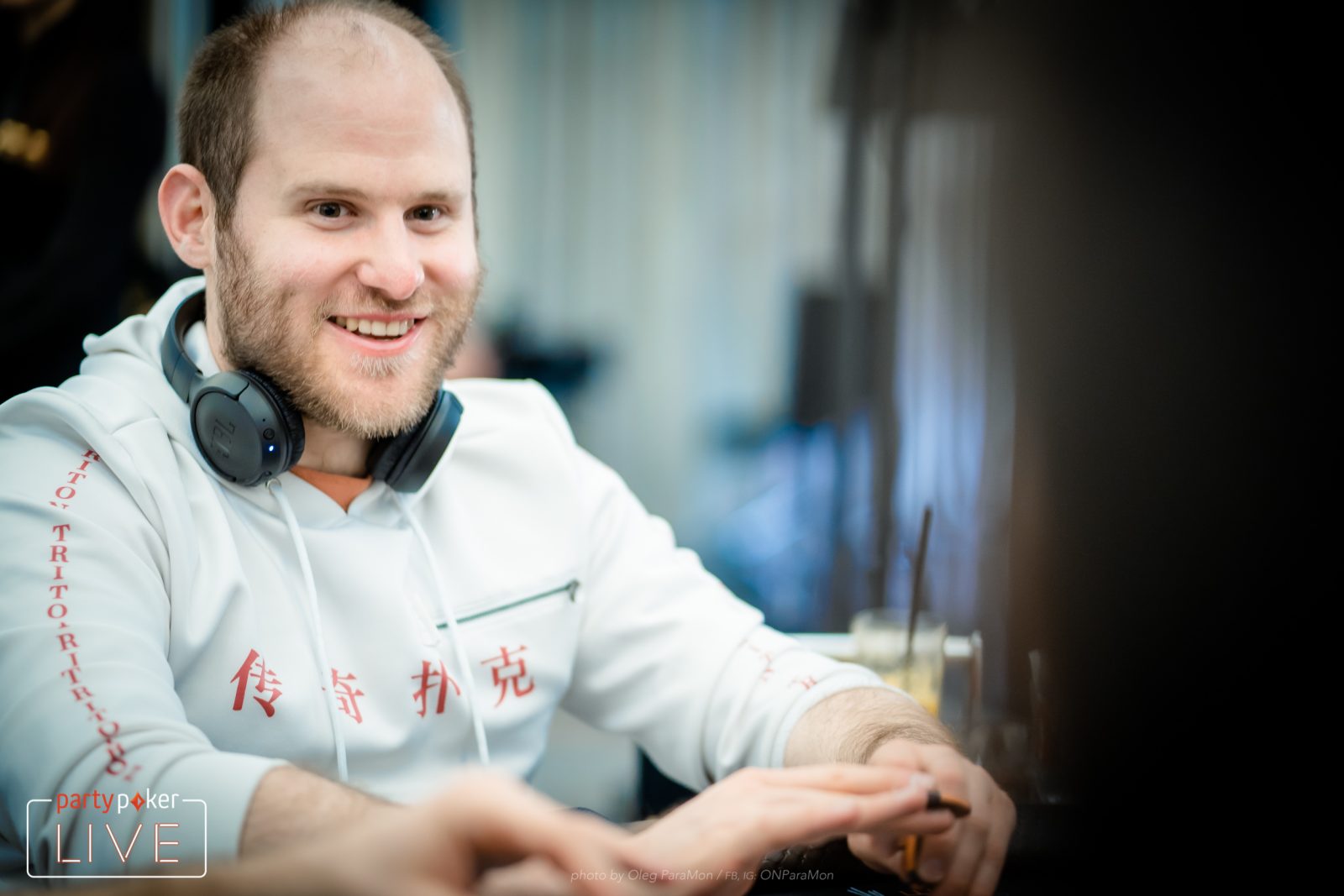 The partypoker LIVE MILLIONS Super High Roller Series in Sochi, Russia has now seen Day 1 of Event #5: $50,000 Short Deck come to an end after 17 levels of play. The first $50,000 Short Deck event of the series drew 50 players and when the bags came out only eight remained with Sam Greenwood’s stack of 4,590,000 leading the way.

Greenwood jumped into the top of ranks midway through the day and continued to stack up easily until just two tabled remained. During the final two tables, the Canadian found a spot that left him with under five antes. Action folded to Greenwood in the cutoff who elected to push his top three stack into the middle with just Paul Phua left to act. Phua took looked at his cards for around ten seconds before cracking a smile as he tabled two aces, slow-rolling Greenwood during the biggest pot of the day.

The deck failed to improve the hand of Greenwood and he was left with crumbs, sending the lead over to Phua. The hand sparked something in Greenwood and from that point on, he could not be stopped. He doubled his stack up several times in the next round, once through Phua which brought him back up to almost two million in chips. Seth Davies completed the turn around for Greenwood, sending a complete double to the Canadian who was holding a pair of queens versus the ace-jack of Davies, catapulting Greenwood into the lead which was a position he held onto by night’s end.

Closest behind Greenwood on the leaderboard is Phil Ivey who is one of the best to ever do it. Ivey seemed to hover above average for the better part of the day and it was not until the last levels of the night that he seemed to bring that old school Ivey style to the mix. Blasting pots and applying an amount of pressure that most can not keep up with. He will be entering his second final table of the series with 2,915,000 and all the skill in the world to ship his second Super High Roller Series Short Deck event.

Another player headed into the final day that deserves some recognition is Aaron Van Blarcum who has now cashes four out of five events thus far with three final tables that may become four tomorrow. Blarcum is entering the final day at the bottom with a stack of 820,000 but has proven he is more than capable of running up a stack against the best in the world.

Busting just shy of the money was Event #2: $25,000 NLH runner-up Ivan Leow who called the remainder of his stack into the middle after a Wai Kin Yong shove. Leow was holding big slick fo clubs versus the pocket nines of Yong who flopped a set. Leow turned a straight but Yong instantly took back over on the river, hitting a full house and Leow took an exit in ninth, dubbed the bubble boy of the tournament.

Play began at 3 p.m. (MSK) with just three tables to start the day and by the time late registration had closed, there was a total of 50 entry slips, gathering a prize pool worth $2,500,000. The payouts were announced and the top eight were then set to make at least $100,000 for a min-cash with the eventual champion landing a payday worth $800,000.

Aaron Van Blarcum limped the hijack and Phil Ivey called in the cutoff. Cary Katz pushed his 650,000 stack into the middle and Blarcum instantly shoved over the top. Ivey folded and the two players turned over their hands.

Katz was behind but a

flop catapulted him well in front with his three johnnies. The

river, shipping a double to Katz.

The turned board read

Davies tapped the table and Greenwood reached for chips, putting in 550,000. Davies took some time to think about his decision, using a time extension before he ultimately called.

for a rivered straight and Davies mucked, sending another large pot to Greenwood near the end of the night, extending his lead.

Last Level of the Night

The tournament director has announced that Day 1 will be complete at the end of this level even if the field has not diminished to the final six during this time. 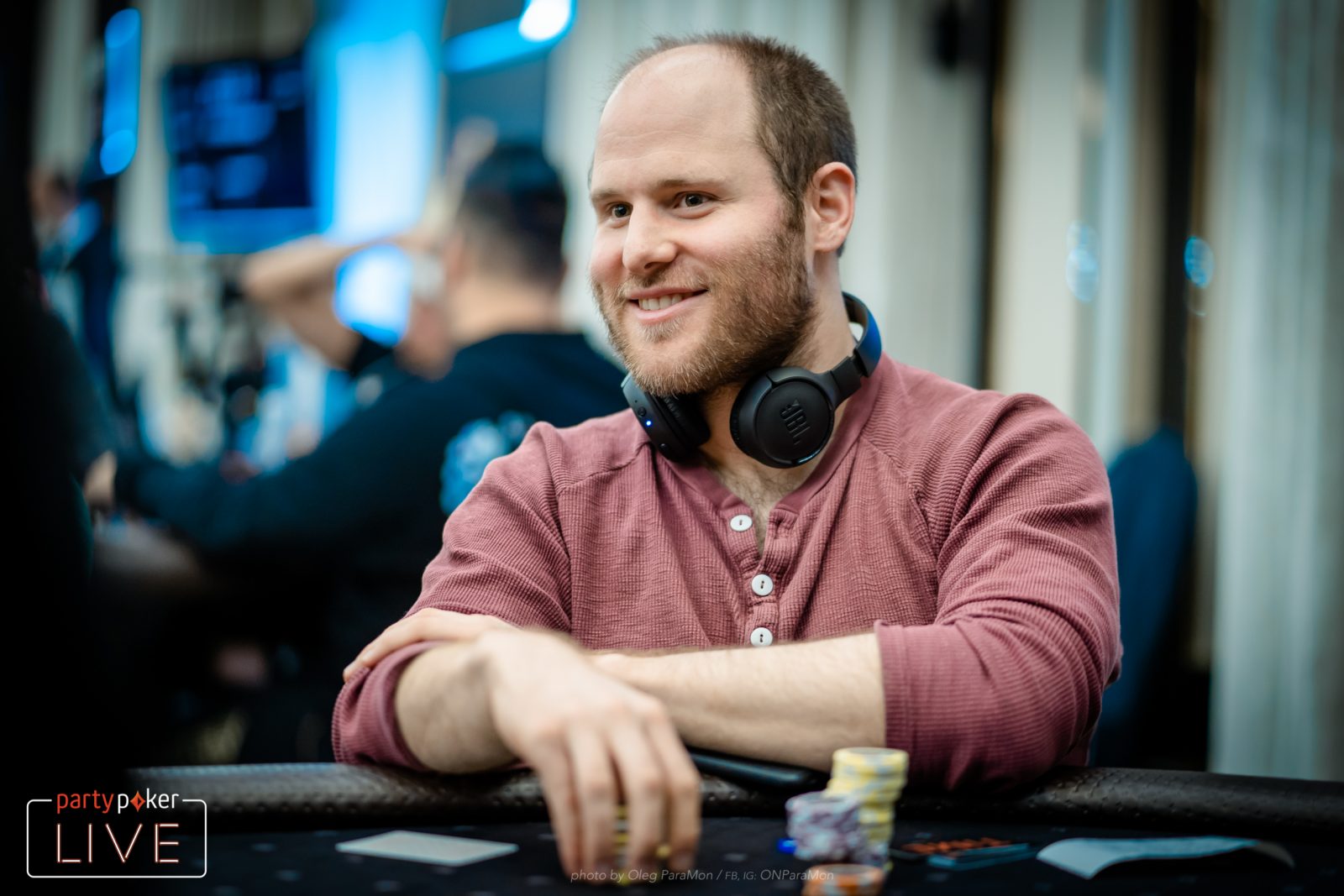 Action fell to Seth Davies after Sam Greenwood and Paul Phua limped. Davies pushed all in for more than enough to cover his competitors. Greenwood thought for a brief moment but in the end, he called for his 1,670,000 and Phua released.

on the flop, giving the Canadian a set of ladies. A

turn card had Davies drawing dead to the

river, sending a complete double to Greenwood who only an hour ago was on the verge of elimination.