Tang Eliminated As Our Bubble Boy 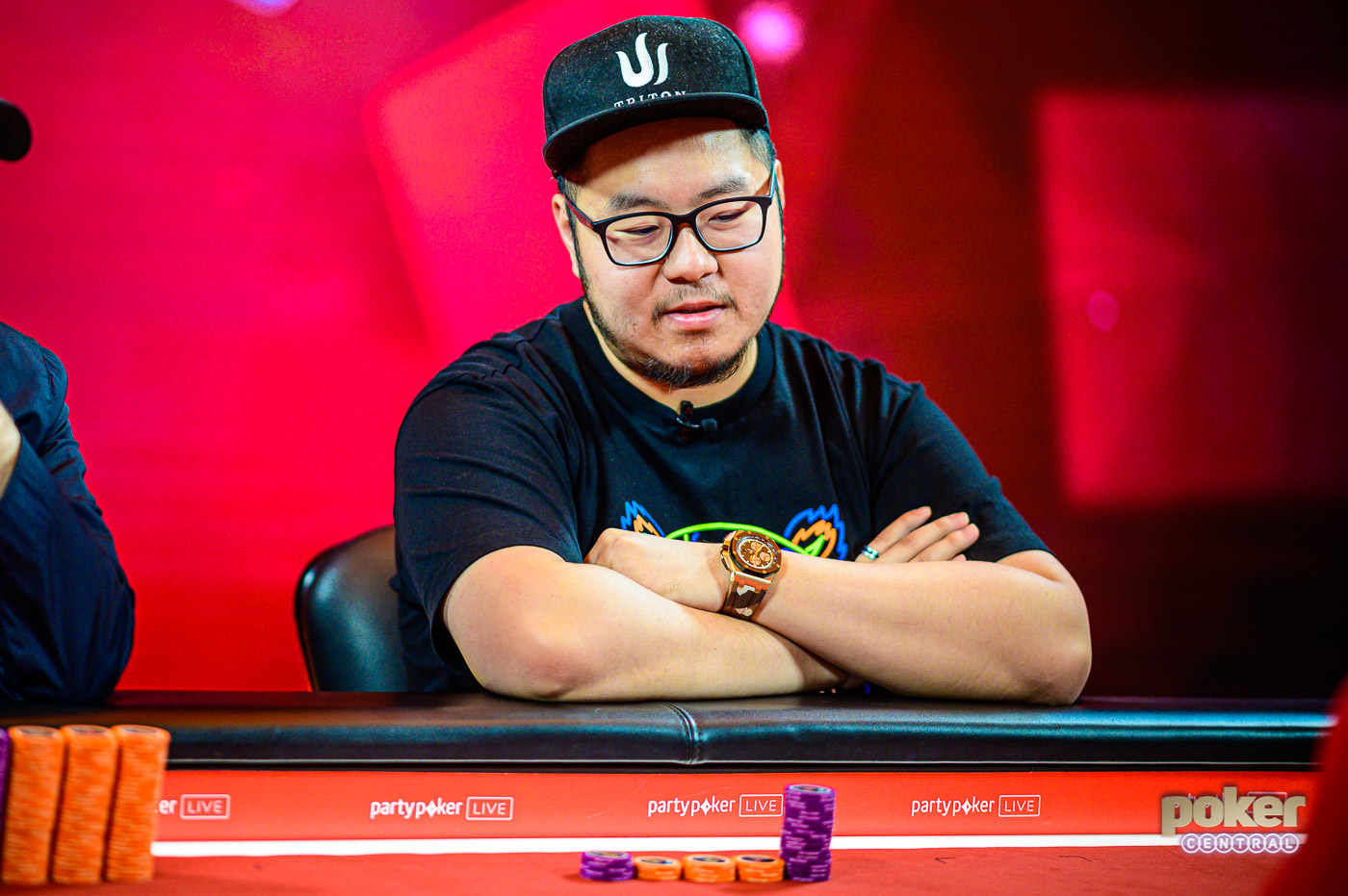 Danny Tang, the short stack, just moved all in for his last 440,000 chips and Robert Flink made the call.

and the river ace sealed Tang’s deal as he finished on the bubble. The remaining players are now guaranteed to take home at least £24,000. 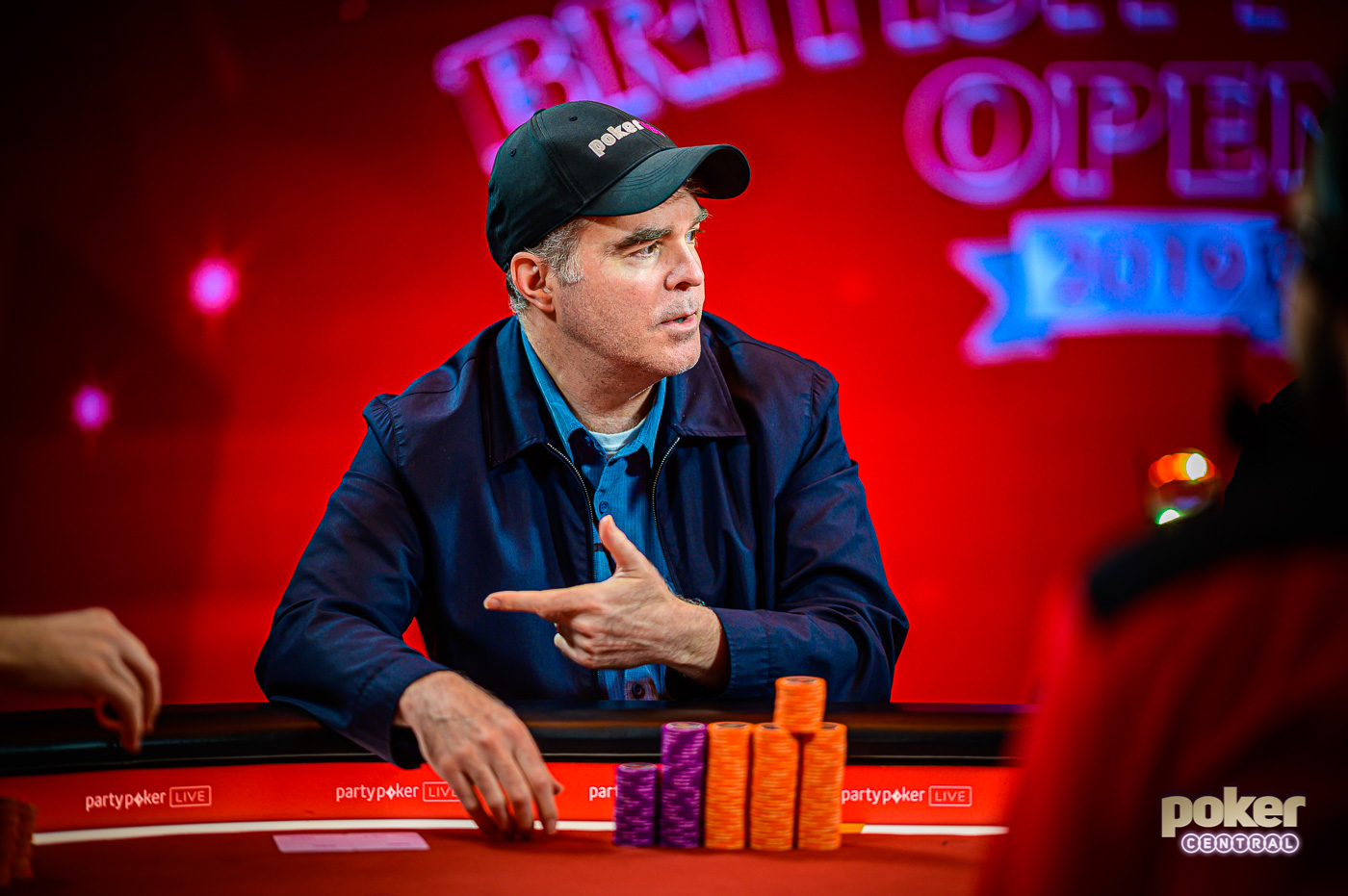 Four-way to the flop it went, with Sam Greenwood kicking off the calls of 40,000 chips with

. Cary Katz did likewise with

and Robert Flink with

saw all four men check, but the turn

In the next hand, Katz was dealt pocket tens and again led out to push everyone except Anson Tsang off the pot. Katz c-bet on the

gave Tsang a straight, the ace representing the five, and Tsang’s bet of 130,000 got a call from Katz.

Had the momentum swung? The river of

saw nothing change for Katz, qith Tsang having the better hand, and two checks saw the pot slid over to Tsang. 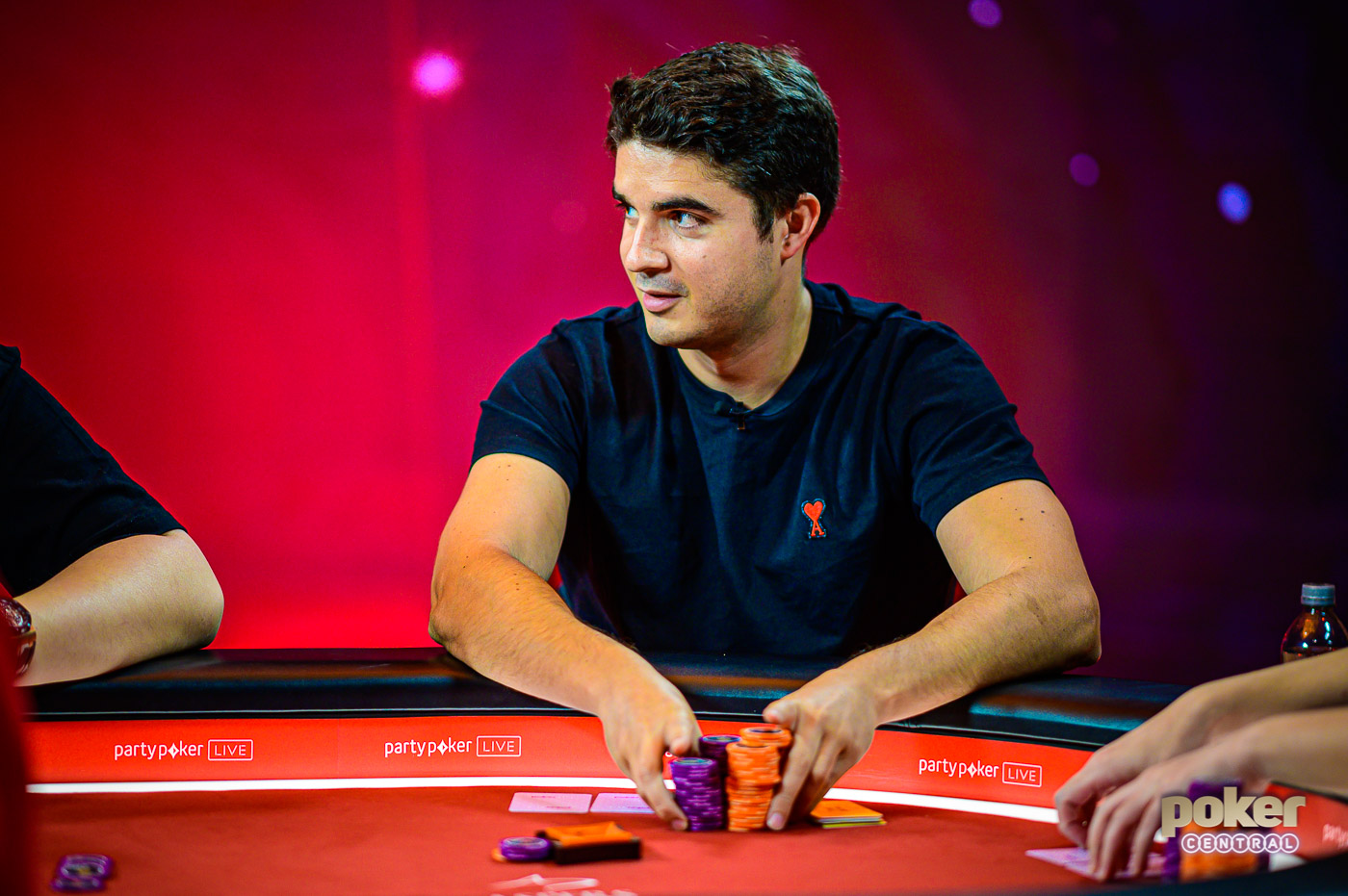 Anson Tsang with the

Tsang checked his full house on the river, but Flink bet 175,000 and Tsang was put to a very early, yet important, decision. A call from Tsang saw Flink flip over his flush and take the pot, over 350,000 profit in hand #1.

With Sam Soverel currently top of the leaderboard, Flink knows that a win here will see him overtake the American leader. 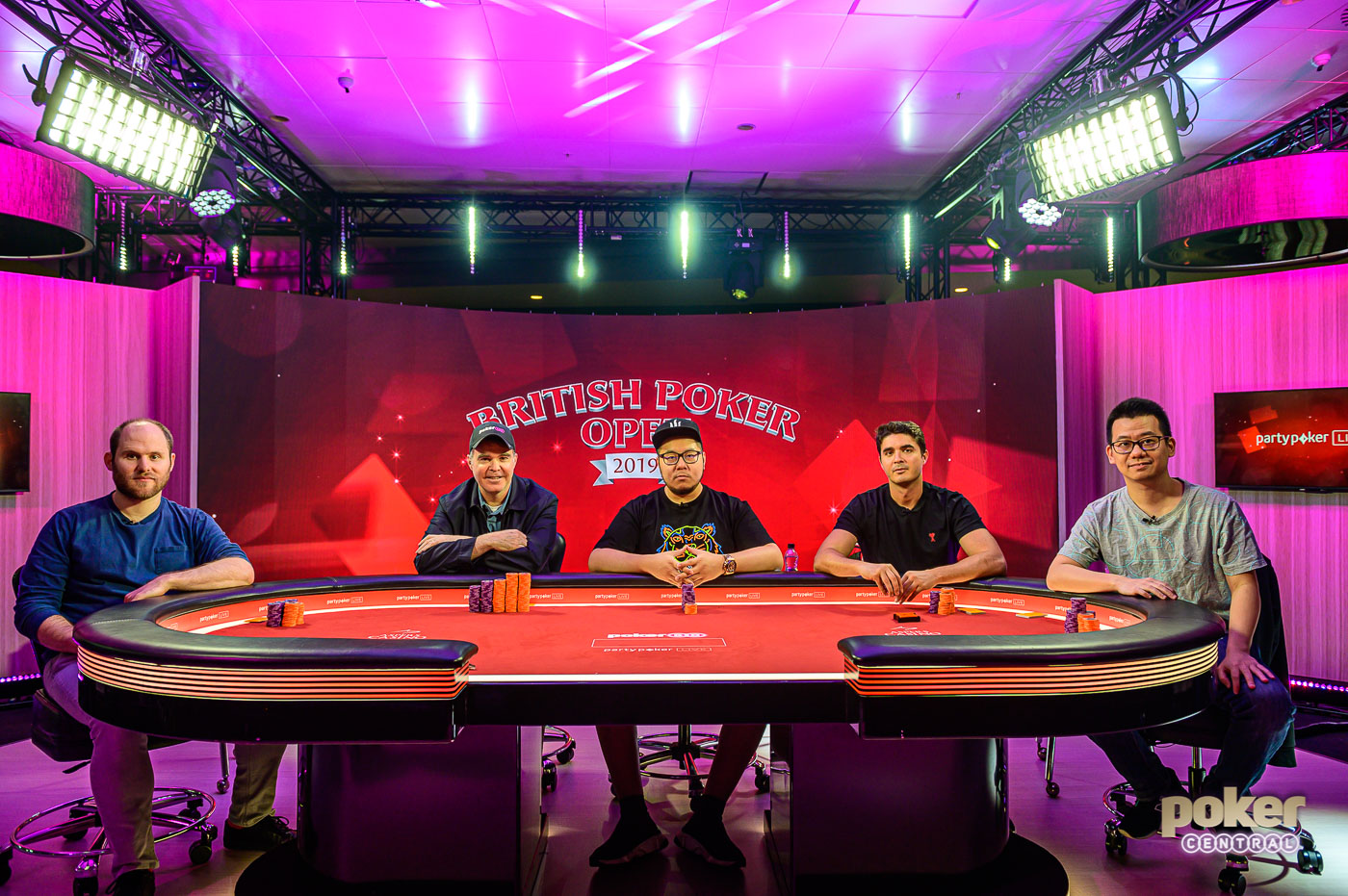 With five players waiting in the wings, we’re almost ready for the kick-off of the final table of Event #4 here at Aspers Casino in London.

With just four players paid, we enter pay on the bubble, with one of the fabulous five remaining players about to leave with nothing. They’ll be the only one who does so, however, with the winner of this event standing to cash out with £110,000!

It’s Poker Central’s own Cary Katz who leads the way, with a huge lead in the Short Deck chipcounts at almost 3 million in chips. By stark contrast, Danny Tang comes into play needing to improve his chipstack quickly, sat behind just 450,000 chips. 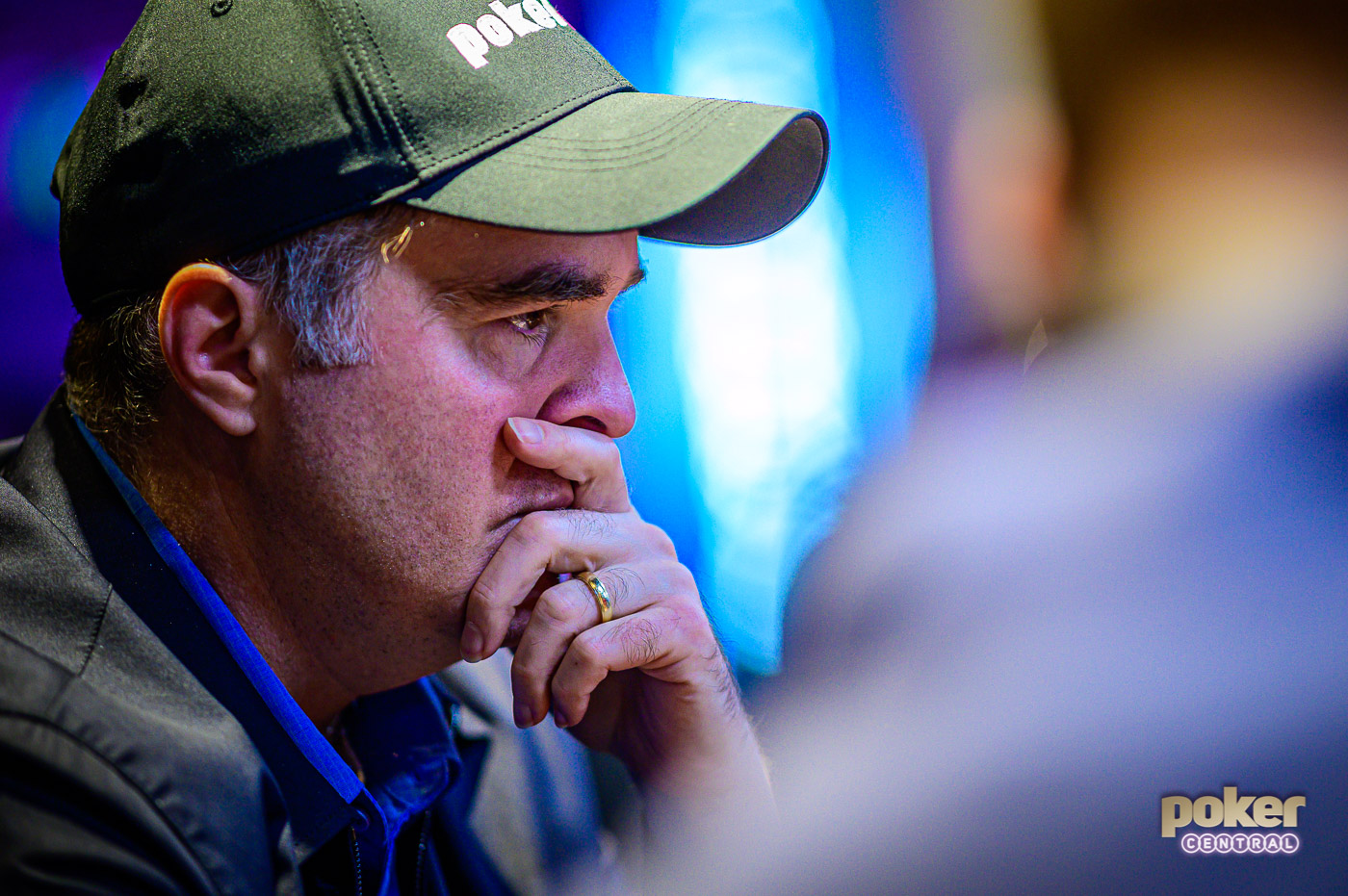 The High Roller of the Year contender made big hand after big hand and bagged the biggest stack heading into Friday’s £10K Short Deck final table. Katz’s 2,900,000 is good for more than double his closest competitor and he’ll look to parlay that advantage into his first Short Deck title.

Danny Tang took down the $50,000 NLH High Roller to close out the 50th World Series of Poker and he’ll return as the short stack when he tries to win his first High Roller Triple Crown event at the first British Poker Open.

Sam Greenwood and Robert Flink round out the lineup with their second final table appearances. Greenwood finished 5th in Event #3 and Flink finished 3rd in Event #1.

With multiple players securing their second cashes of the series, the Event #4 final table could play a big part in deciding the BPO champion. Watch the final five return to play to a winner live on PokerGO on Friday, with play resuming at 12 PM local time.

Having been short for a long time and, Rainer Kempe just found himself all in for his last 200,000 chips against Robert Flink.

and Kempe was eliminated in sixth place.

Aaron Tang was just all in for 200,000 and up against Sam Greenwood.

and Tang stayed in the tournament.

Cary Katz just limped after which Danny Tang raised to 500,000 with 200,000 left behind. The action folded back to Katz who called, thinking Tang was all in, and exposed his cards,

despite him being not all in just yet. As the dust settled on this hand it was decided that play continued on the flop with Tang having 200,000 chips left.

and after throwing in both his time bank cards, Tang folded to leave himself with 200,000 chips. Tang profusely apologized for his actions, as did Katz for exposing his hands and played carried on without any hiccups.

Anson Tsang raised to 130,000 and Cary Katz was his lone customer. The flop brought out

Tsang thought for a while and folded as play on the end-of-day bubble continued with Rainer Kempe as the short stack sitting on just a few antes.