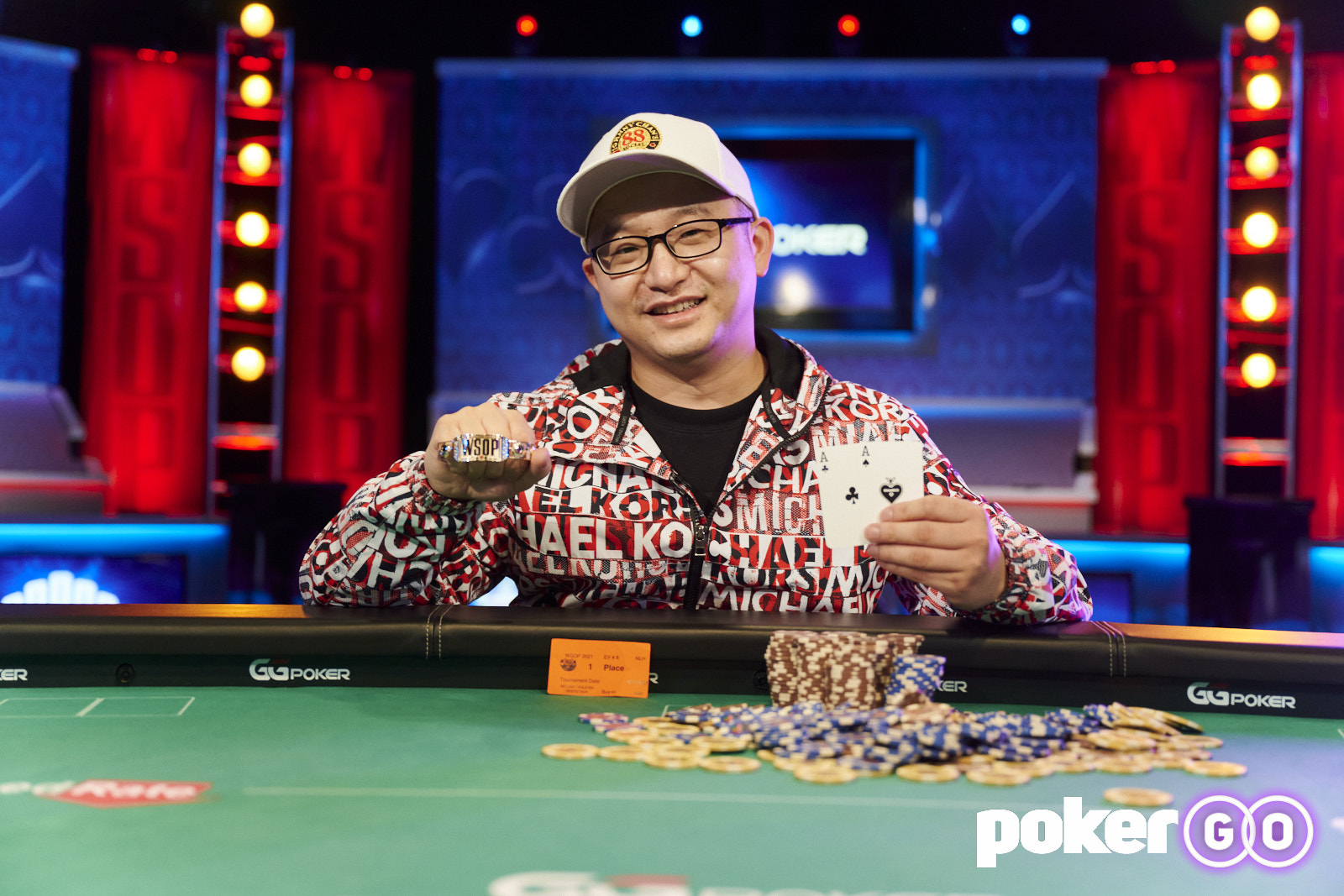 Wu spent only about an hour on the final day of the event under the bright lights of the main PokerGO stage, but that’s all it took for him to find his way to the winner’s circle. The final day saw five players return with action starting up at 4 p.m. local time. At right around 5 p.m., Wu was posing for photos with his new piece of jewelry.

On his way to victory, Wu eliminated Ryan Chan in fourth place, Chrishan Sivasundaram in third place, and Ari Mezrich in second place. On the final hand, Wu picked up pocket aces and got max value to win it all.

“The time has come,” Wu said about how he felt when he looked down to see two aces. “This is it. The last hand.”

. Mezrich called from the big blind with the

and the flop fell

and Mezrich checked again. After Mezrich checked, Wu quickly announced that he was all in. Mezrich thought for a little bit, then announced a call and saw the bad news. Wu went over to his supporters on the rail, turned his back to the table, and held their hands in anticipation of the river card. The

hit the river and the title went to Wu.

Not a professional but someone who enjoys playing poker tournaments, Wu plans to stick to his schedule of playing events up to $1,500 at the WSOP, including the Millionaire Maker, and also the $10,000 Main Event. With the success he found in Event #8 and the $281,604 he won, Wu and his supporters said that they’ll probably do a little partying before they get back into the grind in order to stick to the schedule they mapped out.