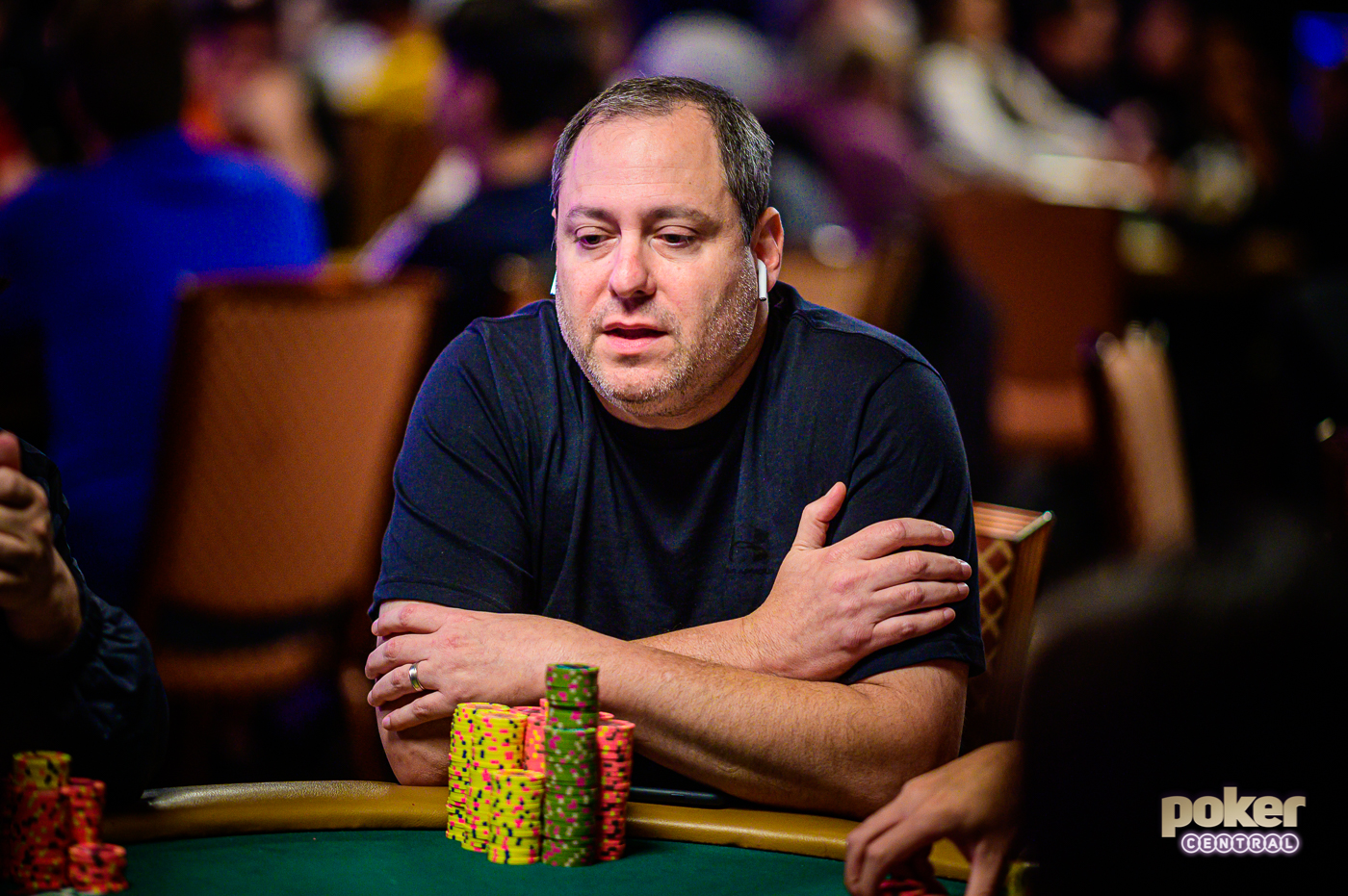 David 'ODB' Baker in destructive mood at the WSOP felt

Five WSOP events played close to a final table without handing out any gold on Monday night, as David ‘ODB’ Baker built a final table lead, Ryan Leng began his assault on another leaderboard and Eli Elezra and Mike Matusow dominated another event in incredible fashion.

David ‘ODB’ Baker remains in charge of the $1,500 Limit Hold’em event with just six players left battling it out for the bracelet. With 541 entries, the event has been extremely popular, as have many of the mixed game events this summer at the Rio All-Suite Hotel & Casino. Baker is just one day’s play away from his second career WSOP bracelet.

Although Baker will be favorite to claim the$272,504 top prize, others still covet it, albeit from slightly further away in terms of chipstacks. Baker’s stack of 2,493,000 looks down from some height on Ruiko Mamiya (1,551,000) and Brian Kim, who sits in third place chip-wise with 1,106,000. There’s then the first of two big gaps to bridge. Dominzo Love has 620,000, but then Chris Ferguson (246,000) and Chicong Nguyen (152,000) will both have to improve their stacks quickly if they are to gain any momentum other than the climbing of a ladder. Ferguson has 10 big blinds, while Nguyen has even less, with just six bigs to his name.

As you can imagine, plenty of big names departed in the 1,000+ players to bust, with British big-stacks heading into play Ian Simpson, Sam Razavi and William Kassouf all biting the Rio dust. Bracelet bettor Alex Foxen, former WSOP Main Event champion form 2004 Greg Raymer and ‘Mr. Consistent’ of this WSOP series, Ben Yu, all made their departures on Day 2 also.

ELEZRA AND MATUSOW FACE OFF IN SEVEN CARD STUD

Two previous WSOP bracelet winners in Eli Elezra and Mike ‘The Mouth’ Matusow face off with the two biggest stacks in the $10,000-entry Seven Card Stud Hi-Lo 8 or Better Championship as both big names bagged over a million chips on a Day 2 that brought big drama here in Las Vegas.

OTHER EVENTS IN ACTION AT THE RIO