You are here
Home > News > WSOP Main Event Day 6: Could Nick Marchington Go From Chip Leader to Youngest Ever Winner? 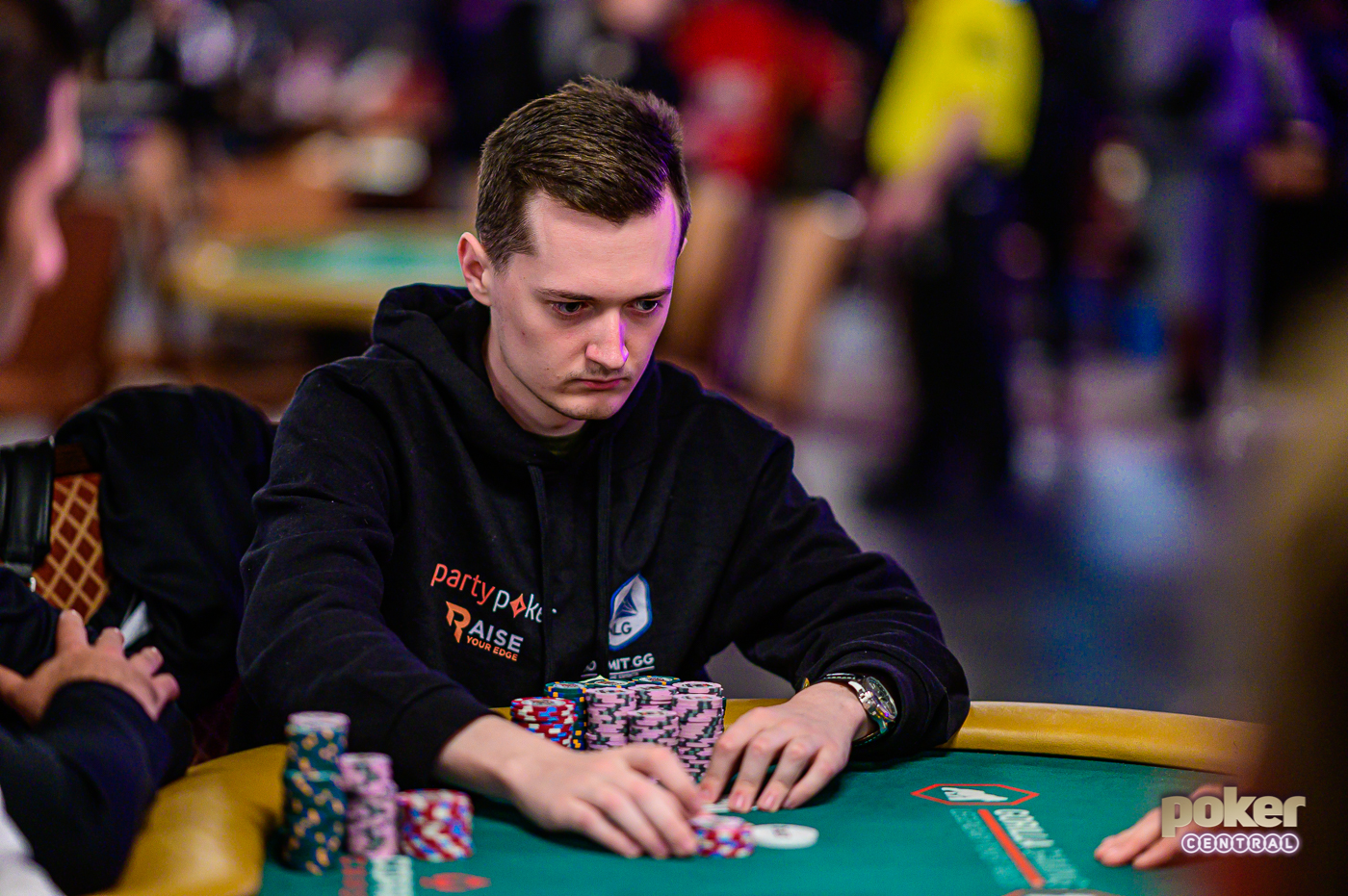 Day 6 of the World Series of Poker Main Event was the most dramatic since two players were disqualified, one for dropping his pants and throwing a shoe. OK, that was only a few days ago, but the WSOP Main Event is like no other tournament.

Not only was Day 6 dramatic, but it was hugely entertaining, and saw massive pots shape the destiny of the 50th annual WSOP Main Event bracelet and which new name will become poker’s de facto ambassador. It’s looking increasingly likely that it may be a name that many outside the hardest of hardcore poker fans might not have heard of before July.

Nick Marchington is the British player heading into Day 7 with the chip lead, and he would set a new record for the youngest-ever winner, as he is some months younger than Joe Cada was when he won in 2009 (although of course, in this sense, Cada was a victim of being part of a ‘November Nine’). Marchington has mainly worked his way into poker as a profession by playing online cash games, but now found himself in the enviable position of being chip leader of the biggest live poker tournament in the world with just 35 players remaining.

Playing his first-ever WSOP Main Event, Marchington has 39,800,000 chips, good for a healthy lead over Hossein Ensan (34,500,000) and Timothy Su (34,350,000), who won the most dramatic pot when he busted who many people were calling the ‘tournament favorite’, including the man himself, Sam Greenwood.

SU CRUEL FOR GREENWOOD ON THE RIVER

Timothy Su won the pot of the tournament against many people’s pick for the eventual champion, Sam Greenwood. On a queen-high flop that included a jack which then paired on the turn, Su raised Greenwood all-in with ten-nine of clubs. Greenwood called with aces and tried to fade an eight or king on the river.

What happened next shocked the PokerGO viewers, along with fans inside the Rio.

Greenwood had gone from man most likely to out, and another first-time Main Event player, Timothy Su, had put himself into genuine contention for the $10 million top prize.

It wasn’t only Greenwood who would bust out as one of the fancied pros in the room. Antonio Esfandiari was unable to magic another Day 7 appearance in this tournament, busting in 82nd place. Alex Foxen departed in 40th shortyl before the end of the night, clearly crushed by the feeling of busting the Main when he had been one of the most experienced players left. Jake Schindler would fall too, by night’s end, but other big names remained in the hunt.

OTHER NOTABLES STILL IN THE MIX

Dario Sammartino could be one of the biggest players left in the field of 35, who will play from 12 noon on Friday until a final table of nine players is reached. Sammartino has the stamina needed to survive that long, and the know-how to make moves others don’t think of. He also has 19,850,000 chips. Norwegian sensation Preben Stokkan (14,600,000) and Yuri Dzivielevski (13,750,000) sit together in the chip counts and will consider their position more than healthy, with Dzivielevski the sole previous WSOP bracelet winner of any type left in the field.

Want to rerun the fun? Watch Part A of Day 6 right here, with Part B ready to view here. Alternatively, ready up for Day 7 of the greatest poker show on Earth.

You can watch the WSOP Main Event action unfold on ESPN and check out additional coverage on PokerGO throughout the biggest poker tournament in the world and bracelet event coverage on CBS All Access.