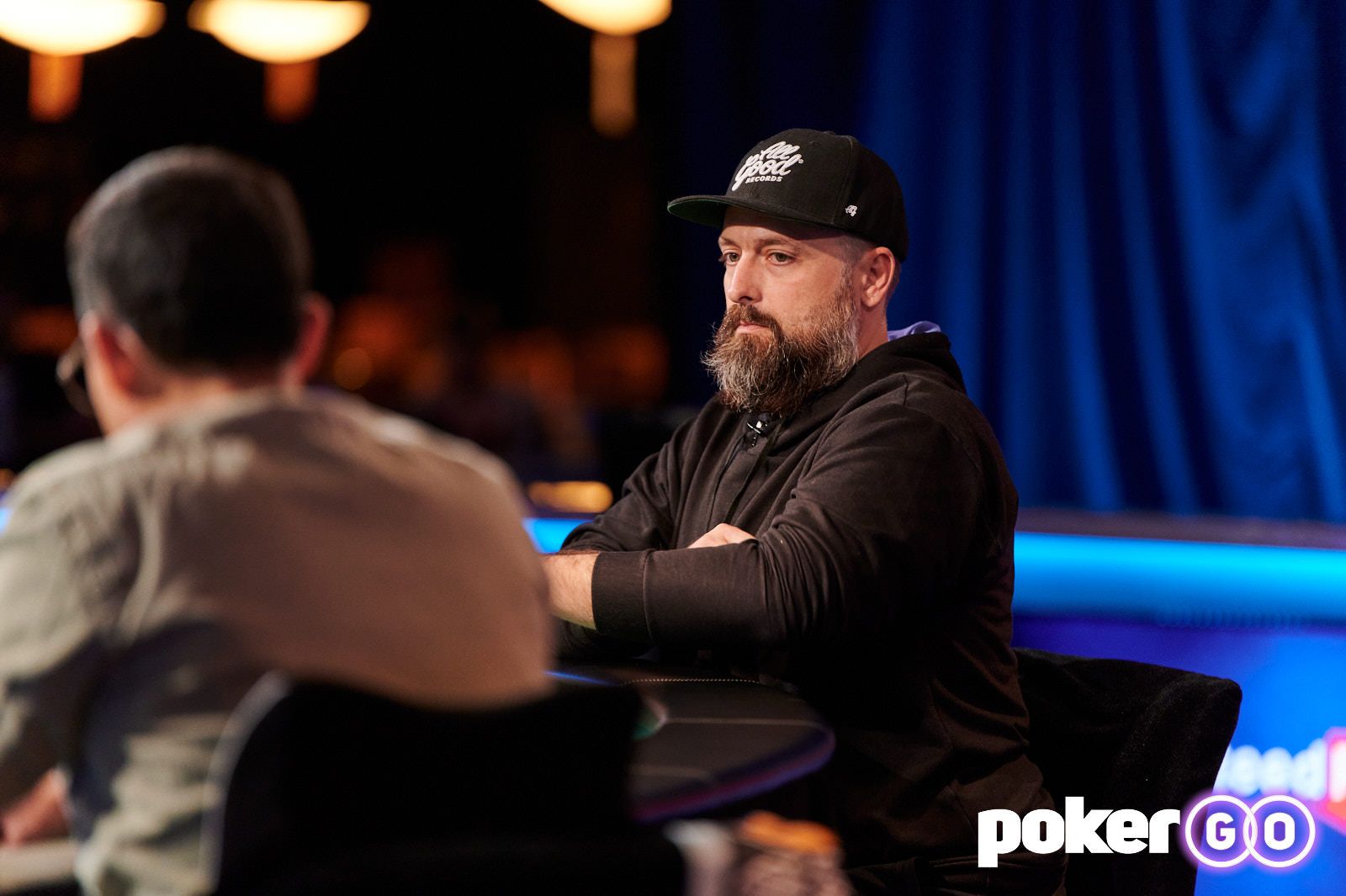 First-time WSOP bracelet winner Harvey Mathews claimed gold at the 2021 World Series of Poker in Las Vegas as Rafael Lebron also marked a memorable victory after winning against his poker hero on Day 9 of the world’s biggest poker festival.

Harvey Mathews was the first big winner of the night on Day 9 as he won a maiden WSOP bracelet in stunning fashion. Mathews entered the day as the shortest stack remaining but went on the attack from the off to force himself back into contention and hit a six-outer on the river to win when heads-up.

Another winner was crowned in Las Vegas on Friday night as Rafael Lebron won his second WSOP after he took down Event #14, the $1,500-entry Seven Card Stud tournament.

With six players remaining at the end of Day 2, the final kicked off with Lebron in the lead, but he only had a marginal advantage over players that included former WSOP Player of the Year Shaun Deeb and WSOP Main Event runner-up David Williams, who Lebron admitted was a bit of a hero when he got into the game.

Shaun Deeb busted in fifth place for $18,475 to open up the field and after Christina Hill had laddered to fourth for $25,344, Lebron and Williams seemed on a collision course. That was exactly what happened after David Moskowitz was eliminated in third place for $35,521. The final duel saw Lebron take a big lead into the action and he closed it out to win his second WSOP bracelet and deny Williams that exact achievement.

There were four other events taking place in the Rio on Day 9 of the 2021 WSOP and one that made the final table was Event #15, the $1,500-entry six-handed tournament.

Jeremy Malod will have the biggest stack of chips heading into the final day, with over 7.5 million chips to Bradley Jansen’s 6 million. Of the other six players to make the final table, everyone is shooting to become a first-time bracelet winner, with Sean Hegarty short-stacked on 1.45m.

It took a massive 13 hours to find a final table of 10 players in the $10,000-entry Limit Hold’em Championship, with John Racener the cream of the crop. Racener was the only player to bag up over a million chips with the former bracelet winner totalling 1,090,000.

With a massive $245,680 top prize and just $18,506 being on offer for 10th place, it’s sure to be an intense final day showdown to see who walks away with the latest bracelet.

Everyone was excited for just how many players would take to the felt on Day 1a of The Millionaire Maker, otherwise known as the $1,500-entry Event #17. With a mammoth field of 2,564 players, just 567 of those survived to Day 2, including our own Jeff Platt with 65,000 chips.

In Event #18, the $2,500 Mixed Triple Draw Lowball event, Robert Mizrachi piled up 201,000 chips on Day 1 to lead some superstar players into Day 2. Plenty of other big names bagged up chips too, with last year’s event winner Dan Zack amongst them with 127,500.