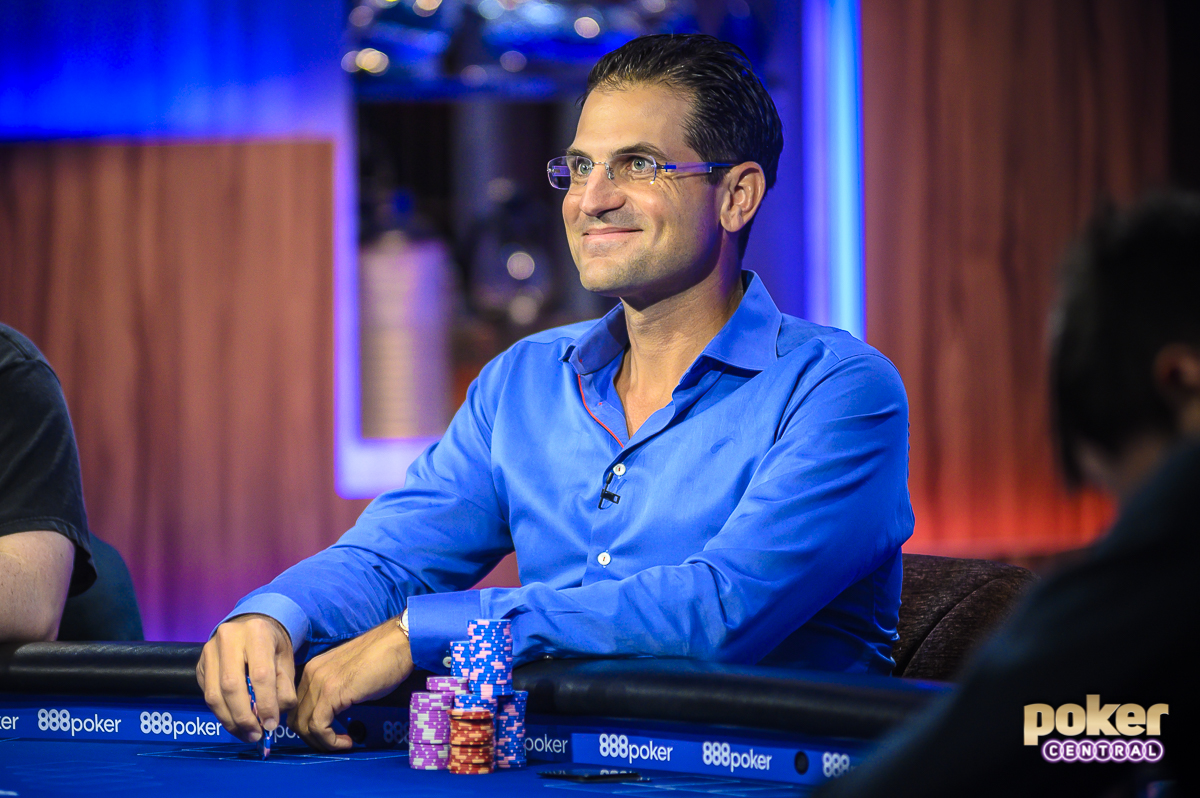 Brandon Adams in action during the 2019 US Poker Open.

Get ready for two thrilling days of Pot Limit Omaha action on PokerGO as the Super High Roller Cash Game debuts a $100/$200 game with a $1,000 big blind ante headlined by Brandon Adams. Adams has appeared on PokerGO plenty of times before and in this article we’re diving back into the archives for some great viewing material heading into the weekend!

The great game of PLO is making its #SHRCashGame debut! Watch next week as @badams78, @BenbaLamb, @stokes222, @andjelko28, and more up the ante live on PokerGO! https://t.co/5rUlItuiNK pic.twitter.com/QEso2FLPnC

Adams first appeared on Poker After Dark back in Season 4 during “Brilliant Minds” week along with Chris Ferguson, Andy Bloch, Bill Chen, Jimmy Warren, and David Sklansky. It took until Season 6 for Adams to appear again when he played in a $50k Cash Game with the likes of Phil Hellmuth, Antonio Esfandiari, Todd Brunson, Mike Matusow, and Chris Ferguson.

Things got even bigger in Adams’ Season 7 appearances when he was up against Patrik Antonius, Phil Ivey, Tom Dwan, Brian Hastings, and Phil Galfond in a $100,000 Pot Limit Omaha game. Adams’ final two appearances were also in $100,000 cash games but this time it was of the No Limit Hold’em variety. Matusow, Jean-Robert Bellande, Peter Jetten, Chris Ferguson, Michael Mizrachi, Peter Jetten, and Phil Hellmuth were among his opponents. Click on the links in the prior two paragraphs to watch all this action right now.

Since the launch of PokerGO, Adams has been a regular player in all the big events, most notably at the Poker Masters and U.S. Poker Open where he came close to winning the overall championship. Adams was also featured alongside Seth Davies and Daniel Negreanu on INSIDERS: Super High Roller Bowl, which is must watch content for any poker fan!

Can’t get enough of the poker action? Here are some more Weekend Binge Watch suggestions:

New to PokerGO? Subscribe right now to enjoy more than 100 days of live poker every single year as well as an endless supply of on-demand content including the Super High Roller Bowl, World Series of Poker, and original programming such as Pokerography, Poker Nights, and Beyond the Rail.