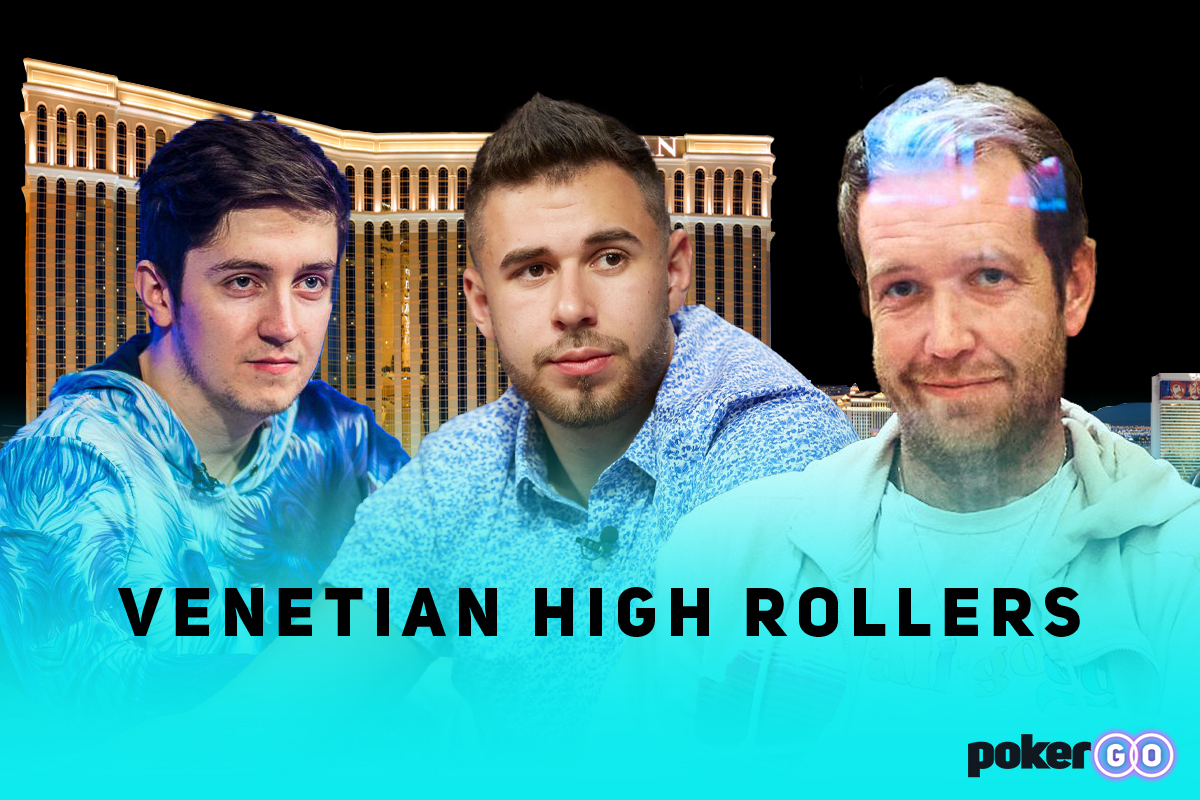 The high roller action made its way to The Venetian Resort Las Vegas last week with three tournaments that stretched into the weekend, and PokerGO providing live reporting of all the events. The three tournaments included two $10,000 buy-ins, and a $25,000 buy-in, as winners were crowned that included Ali Imsirovic, Shawn Daniels, and Sean Perry.

These tournaments are part of the PokerGO Tour with players earning points based on the amount they cash for. The full PokerGO Tour schedule can be found here, and the current PokerGO Tour leaderboard is available here.

Thursday would see 77 entrants create a prize pool of $770,000 that paid the top 11 finishers. Unfortunately for Daniel Negreanu, he would be eliminated on the money bubble by the eventual winner and Poker Masters Purple Jacket winner Ali Imsirovic. Imsirovic defeated Shawn Daniels heads-up to collect the $200,200 first-place prize and further his lead at the top of the PokerGO Tour leaderboard.

The second event of the week would see a total of 65 entrants create the $650,000 prize pool that paid the top 10 players. Multiple players collected their second consecutive cash including Chris Brewer, John Morgan, Shannon Shorr, Shawn Daniels, and Sergi Rexiach. Daniels finished runner-up to Imsirovic in the previous tournament, and he would go one better in Event #2 when he defeated Reixach heads-up to pick up the $175,500 first-place prize.

The final event of the week saw the stakes raised to $25,000 as 43 entrants created a $1,075,000 prize pool. The final seven players finished in-the-money as Brewer collected his third consecutive cash before finishing in fifth-place as Sean Perry emerged victorious over Bill Klein to capture the $365,500 first-place prize and cement his second-place spot on the PokerGO Tour leaderboard.