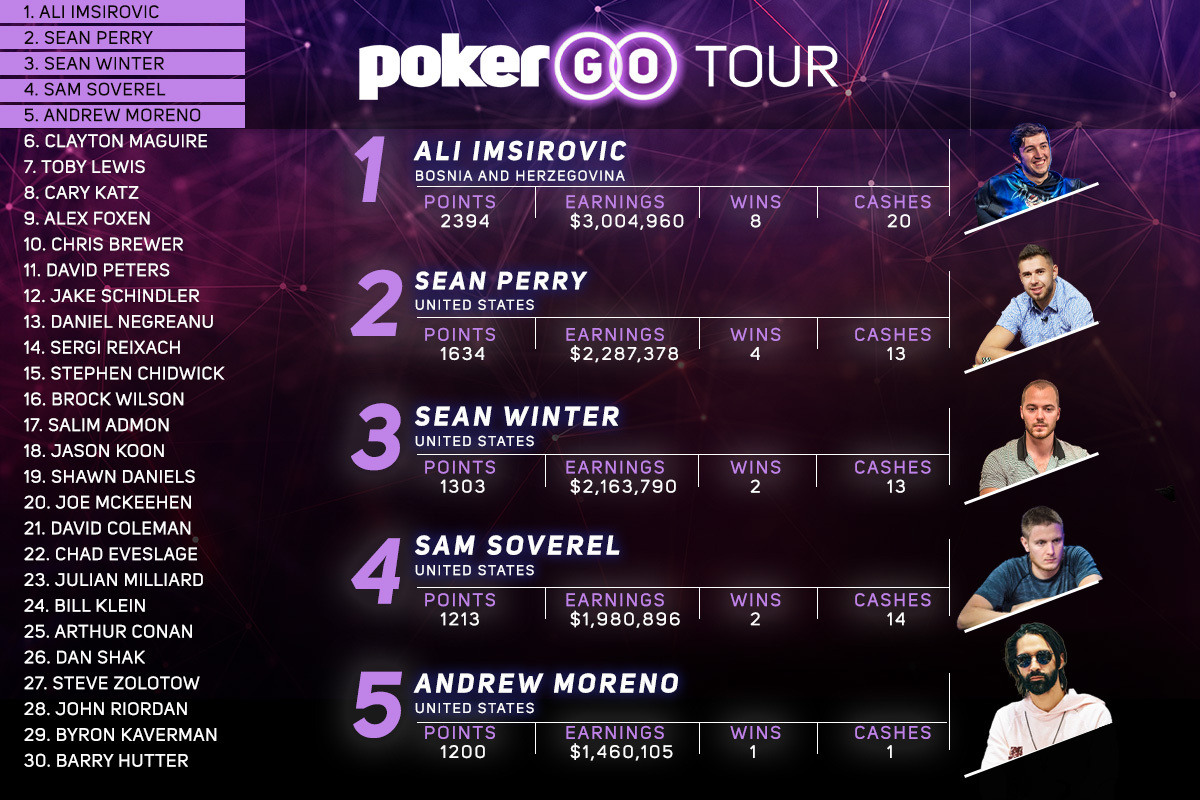 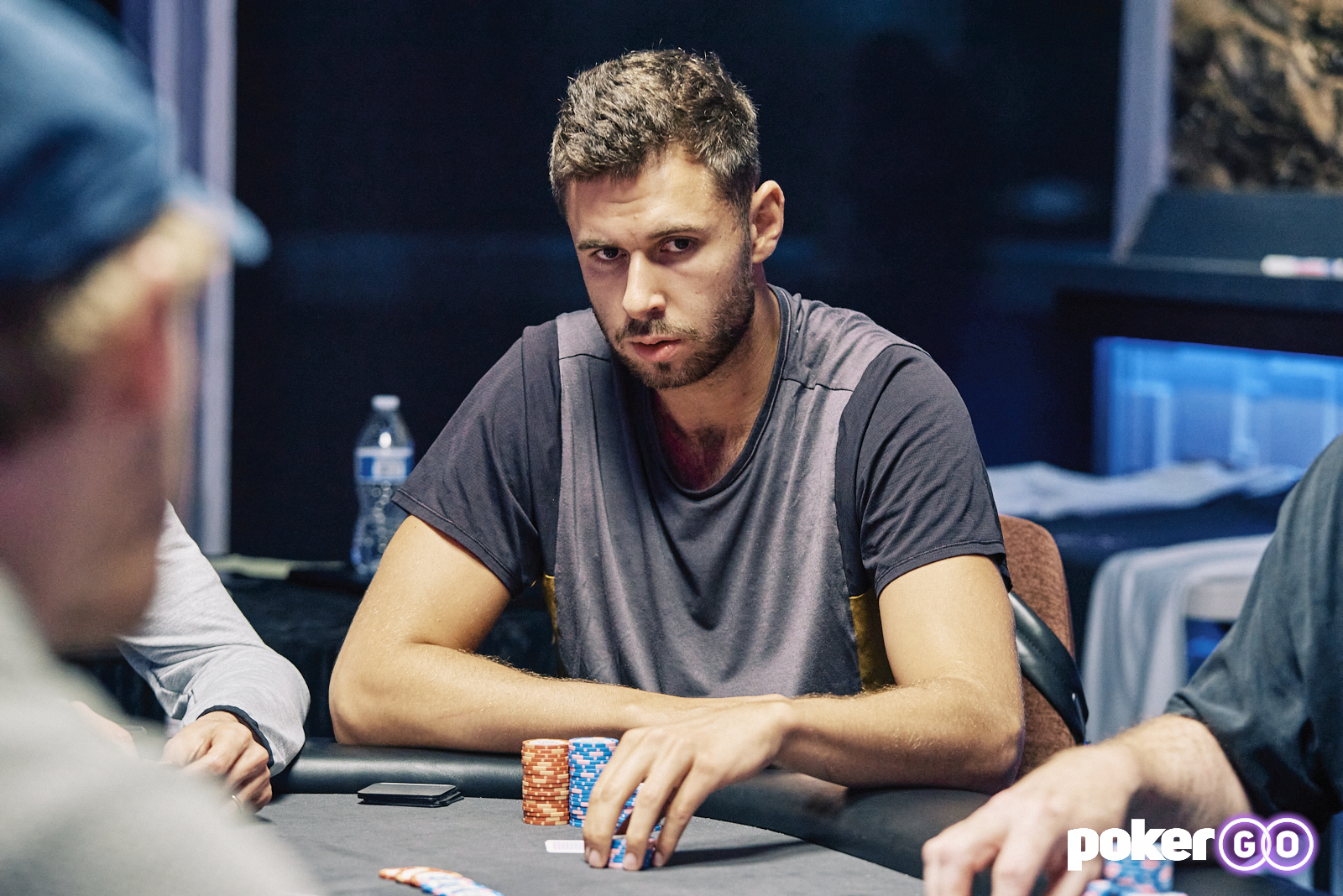 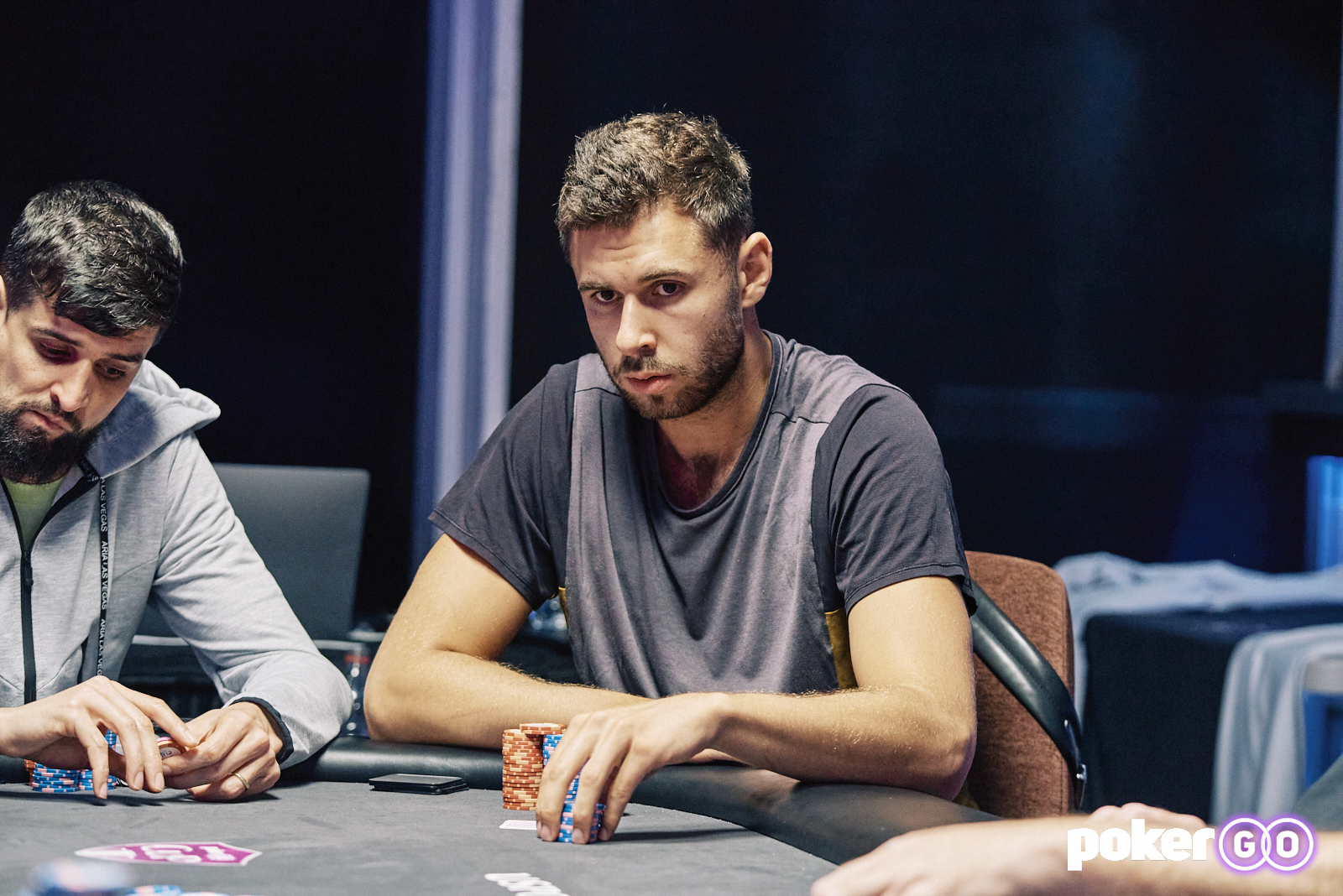 "I'm going to double this next hand," Sean Perry said before the hand was dealt. Perry moved all-in from under the gun for 115,000 and Daniel Negreanu iso-shoved for 540,000 from the small blind. Perry: [6c6d] Negreanu: [AhQs] The board ran out [4cTc6sKs4h] and Perry's flopped set improved to a full house to 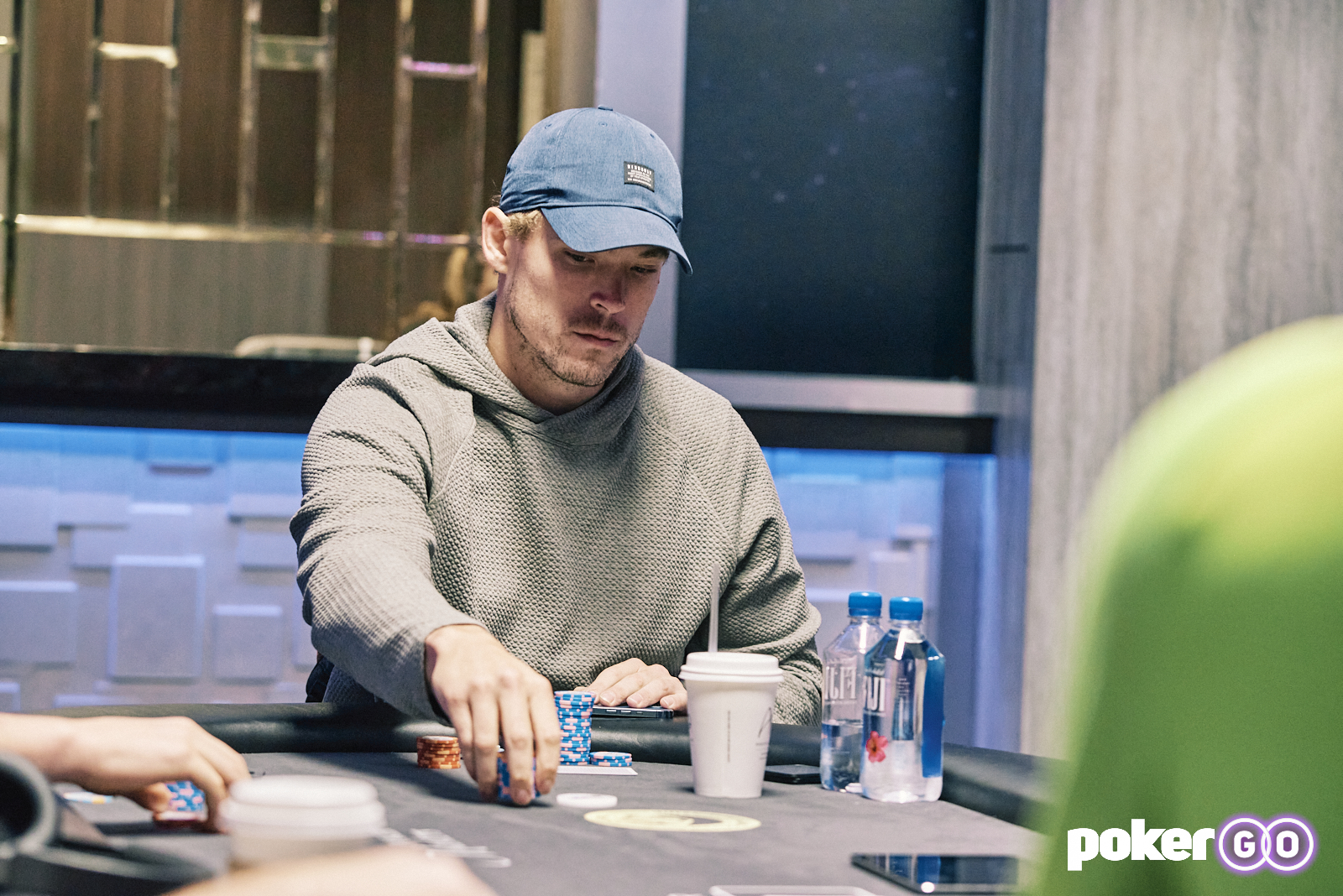 Sean Perry opened to 20,000 from early position, and Alex Foxen called on the button. The flop fell [9c4d2d], and Perry continued for 24,000. Foxen called. The dealer burned and turned the [5h] and action checked through. The river [Ac] completed the board, and Perry bet 24,000. Foxen raised to 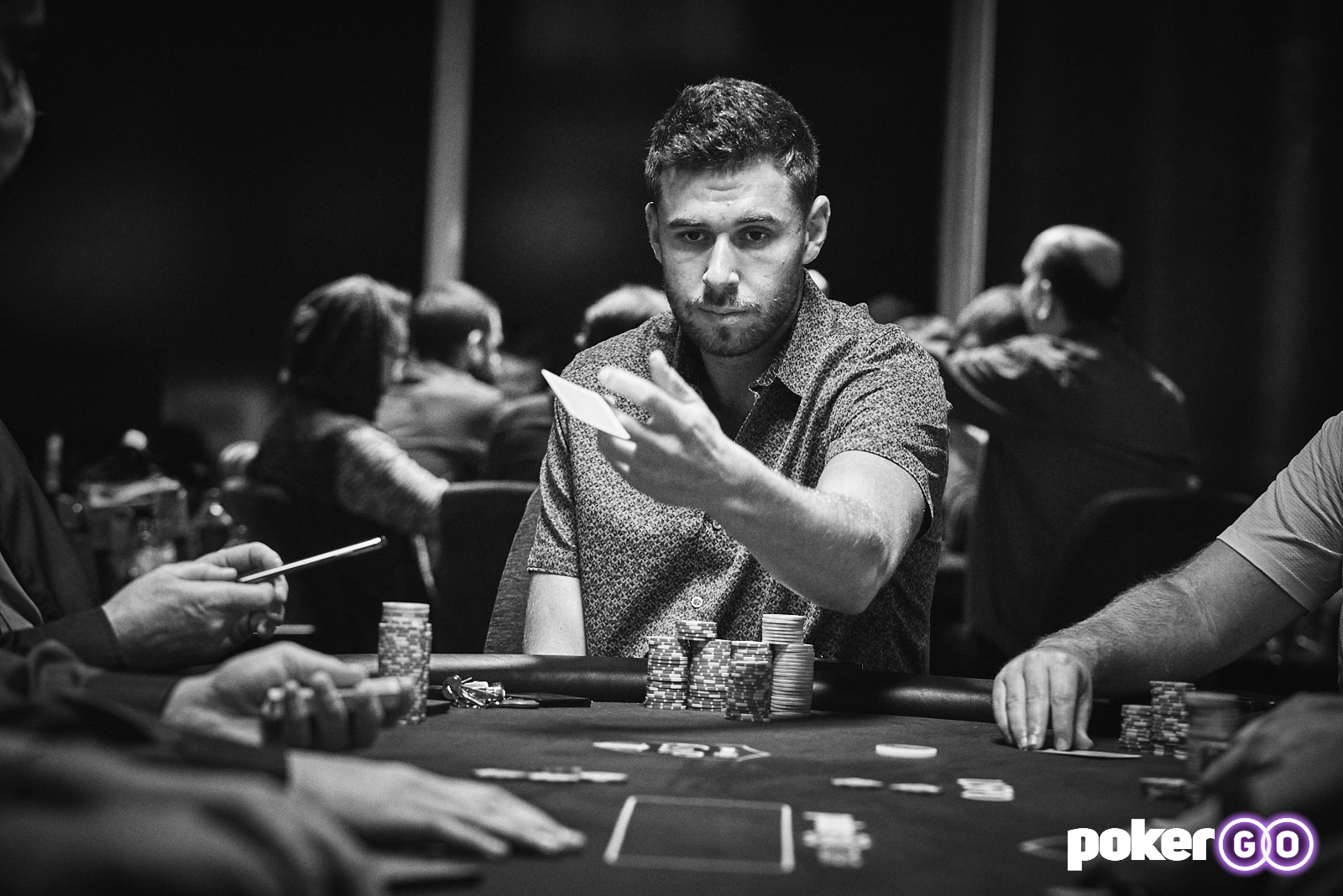 Cark Katz opened to 12,000 on the button, and Sean Perry moved all-in from the big blind for 92,000 total. Katz used two time extensions before tossing in the call. Katz: [AcJh] Perry: [Ad4d] The board ran out [JsKs9h4c7d], and Katz flopped a pair of jacks to eliminate Perry. 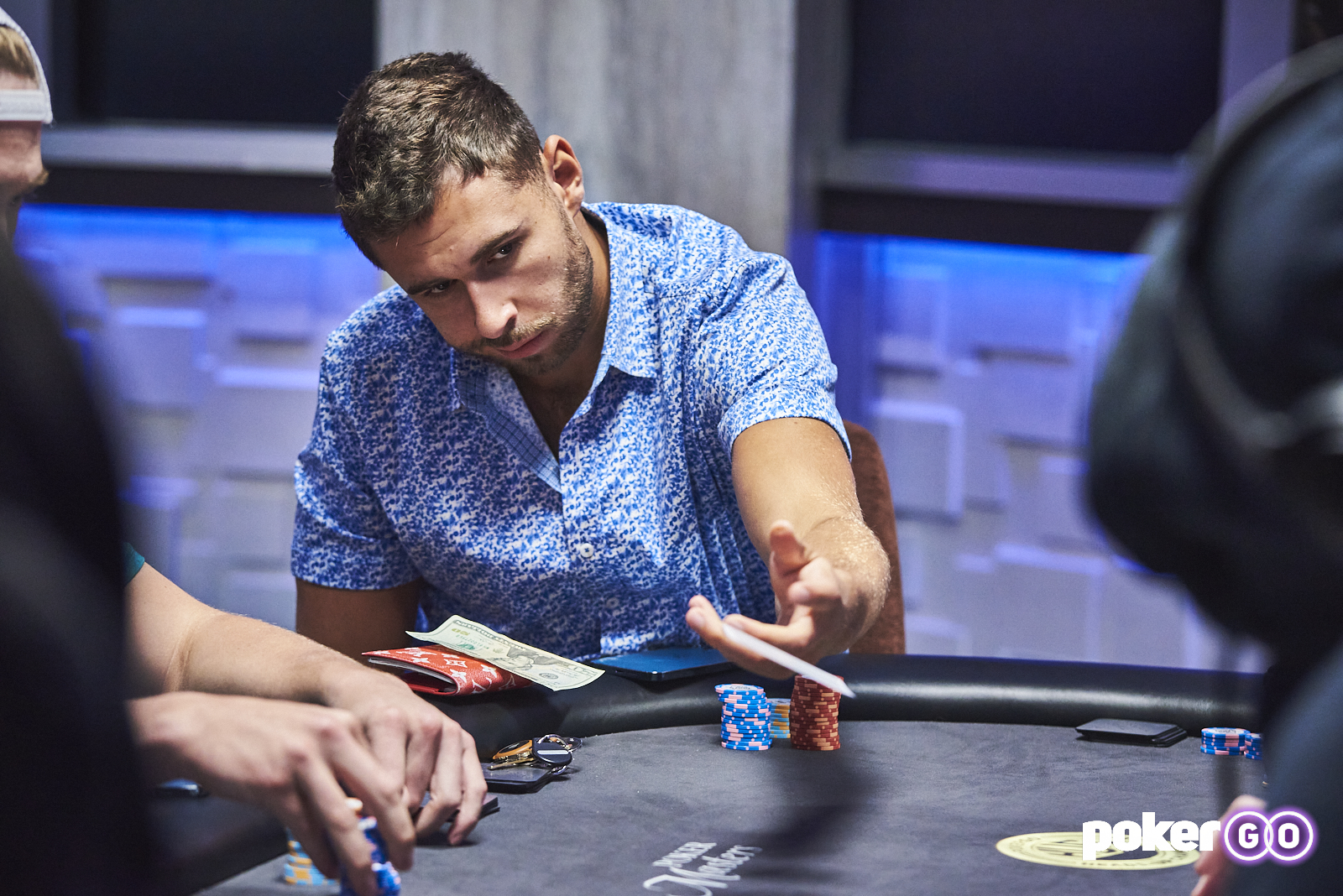 Sean Winter opened to 8,000 from late position, and Sean Perry called on the button. Stephen Chidwick was in the big blind and called to close the action. The flop fell [5c4h2d], and action checked to Perry, who bet 10,000. Chidwick folded, and Winter called. The dealer burned and turned 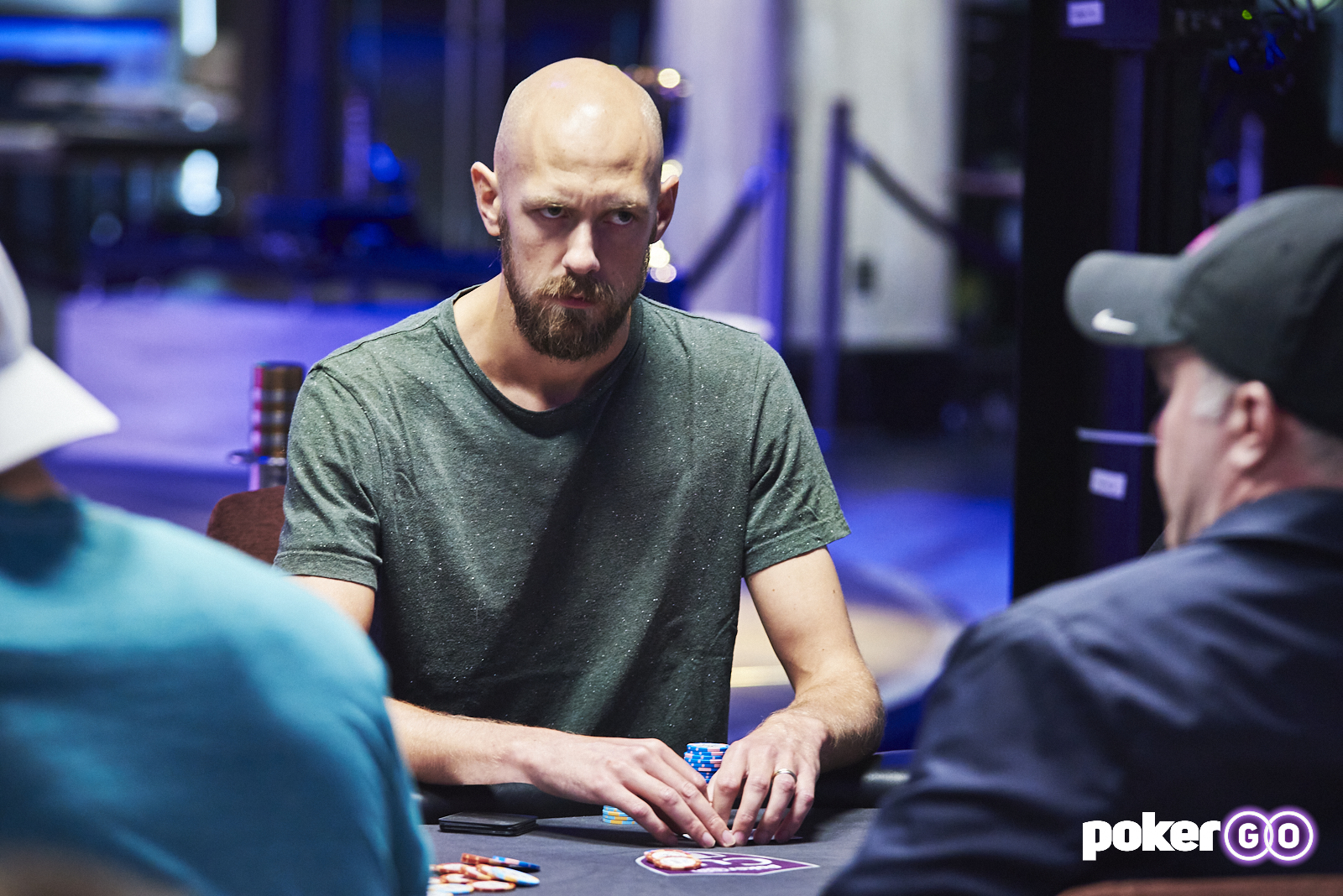 Sean Perry raised to 8,500 from the hijack and both Stephen Chidwick and David Coleman called from the button and big blind respectively. The flop landed [4d5d7h] and after Coleman checked, Perry continued for 13,000. Chidwick called, and Coleman folded, before the turn fell the [8c]. Perry bet out 15,000, and Chidwick 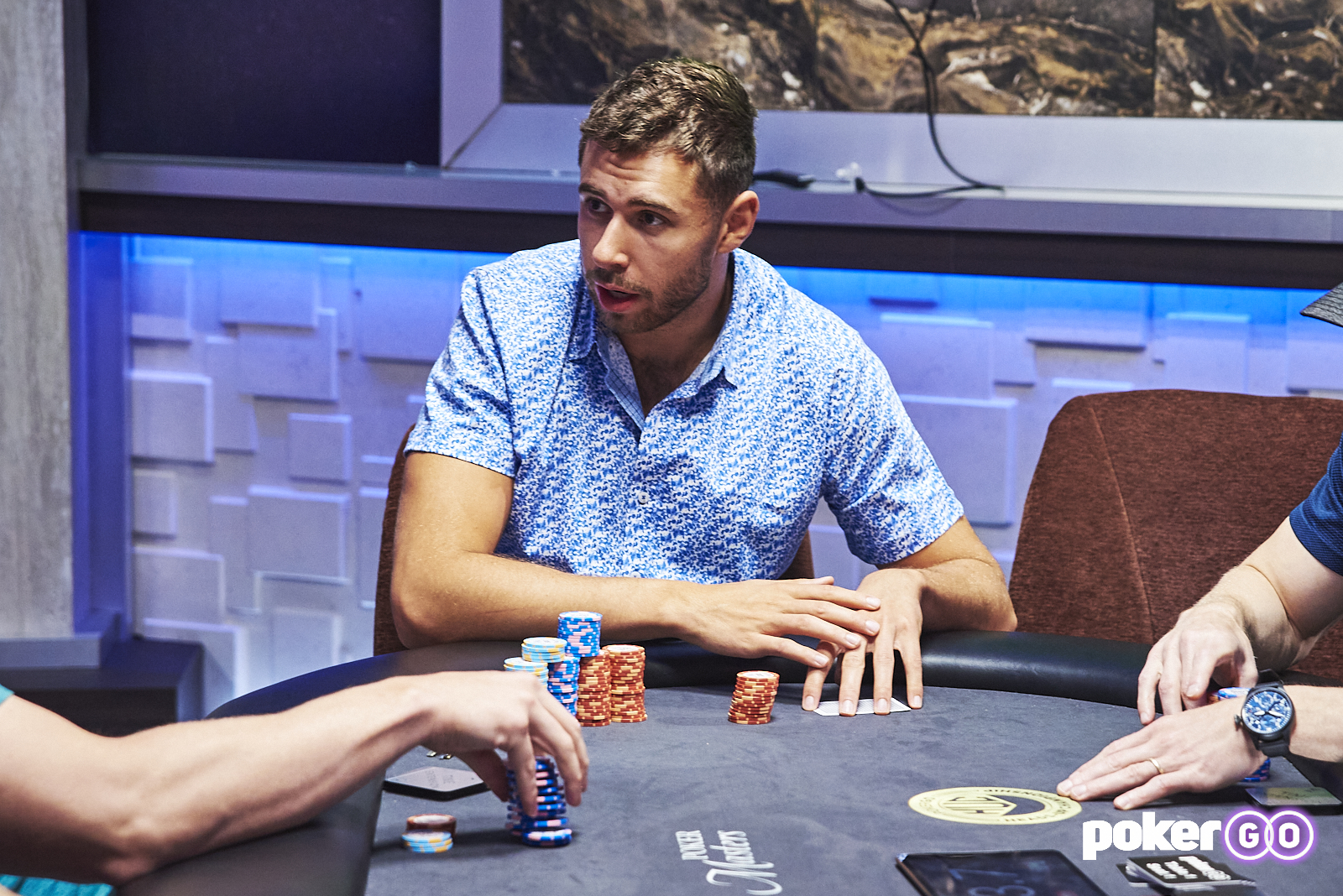 Alex Foxen opened to 6,500 from under the gun, and Sean Perry called next to act. Action folded to Anuj Agarwal on the button, and he 3-bet to 25,000. Foxen called, and Perry moved all-in for 152,000. Agarwal used a time extension before tossing his cards into the muck. Foxen

Sean Perry opened to 4,500 from early position and action folded to Cary Katz in the small blind, and he called. Alex Foxen was in the big blind and called to close the action. The flop fell [AhQhKh], and action checked to Perry, who continued for 4,000. Katz check-raised to