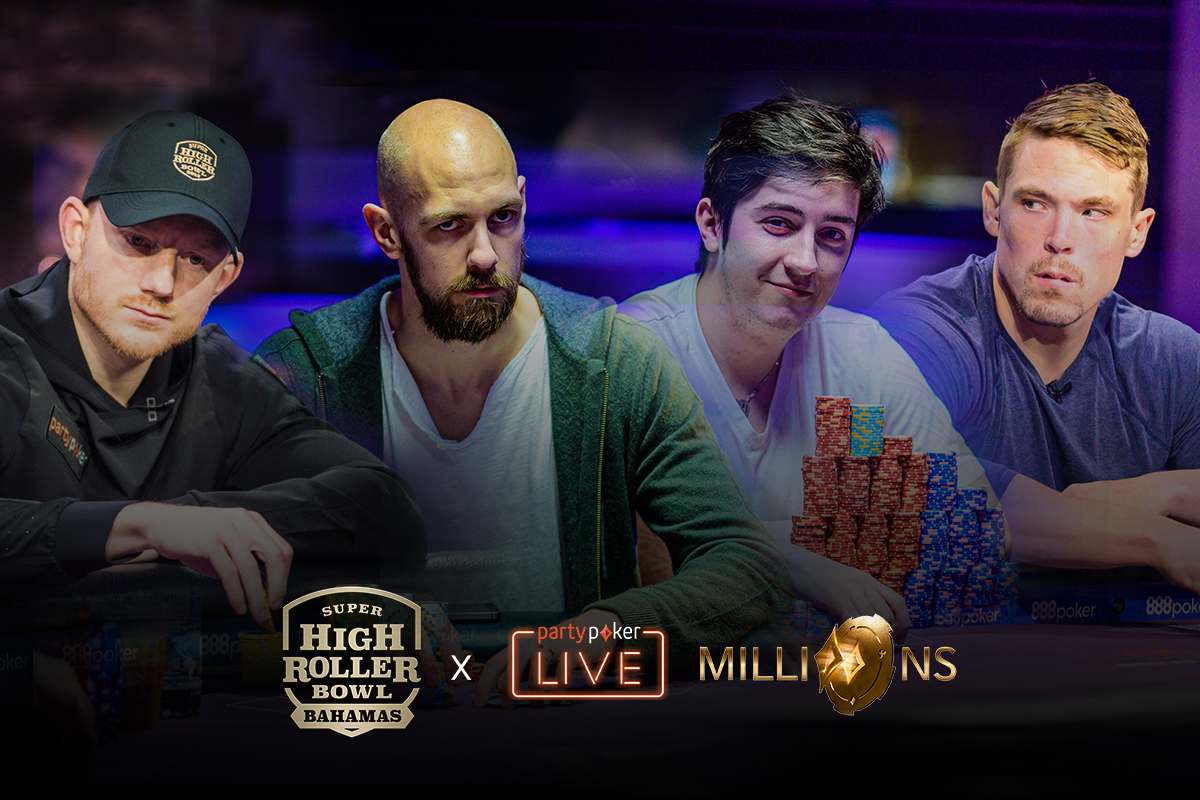 With the finale of the event taking place just four days before Thanksgiving, players and fans alike will be thankful for the Super High Roller Bowl, with some of the best High Roller action on the planet taking place at the stunning Baha Mar Resort, scene of the partypoker MILLIONS events around it, such as MILLIONS World.

MAKING IT IN MACAU

In doing so, Bonomo won $4.8 million after he took down a stacked final table that featured players such as Britain’s number one tournament player, Stephen Chidwick (6th) and all-time money list leader Bryn Kenney (6th). It was Patrik Antonius that Bonomo managed to defeat heads-up.

Later that year, Super High Roller Bowl V was hosted at the PokerGO Studio in Las Vegas where Isaac Haxton recorded his biggest score. The payouts in this 36-player field were as follows.

When the SHRB visited London in September 2019, however, Bonomo was nowhere to be seen. While Sam Soverel had won the British Poker Open, it would be Cary Katz who took down the Super High Roller Bowl, beating Ali Imsirovic heads up to earn the top prize of £2.1 million. Watch that entire final table right here on PokerGO.

A crazy final table ends with a crazy hand and Cary Katz ends up in the Super High Roller Bowl winner's circle!

The world’s best are expected to partake in the Bahamas at the beautiful Baha Mar Resort including the current top two players on the Global Poker Index, Stephen Chidwick and Alex Foxen. Other highly ranked players such as Sam Soverel, Sean Winter, Timothy Adams, Ali Imsirovic, Justin Bonomo, Bryn Kenney, and Jason Koon are also anticipated to be playing this enormous buy-in event.Who’ll win the Super High Roller Bowl in The Bahamas? That really does depend on the players who take to the felt, but one thing is for sure – the winner will consider the achievement one of their best in poker.