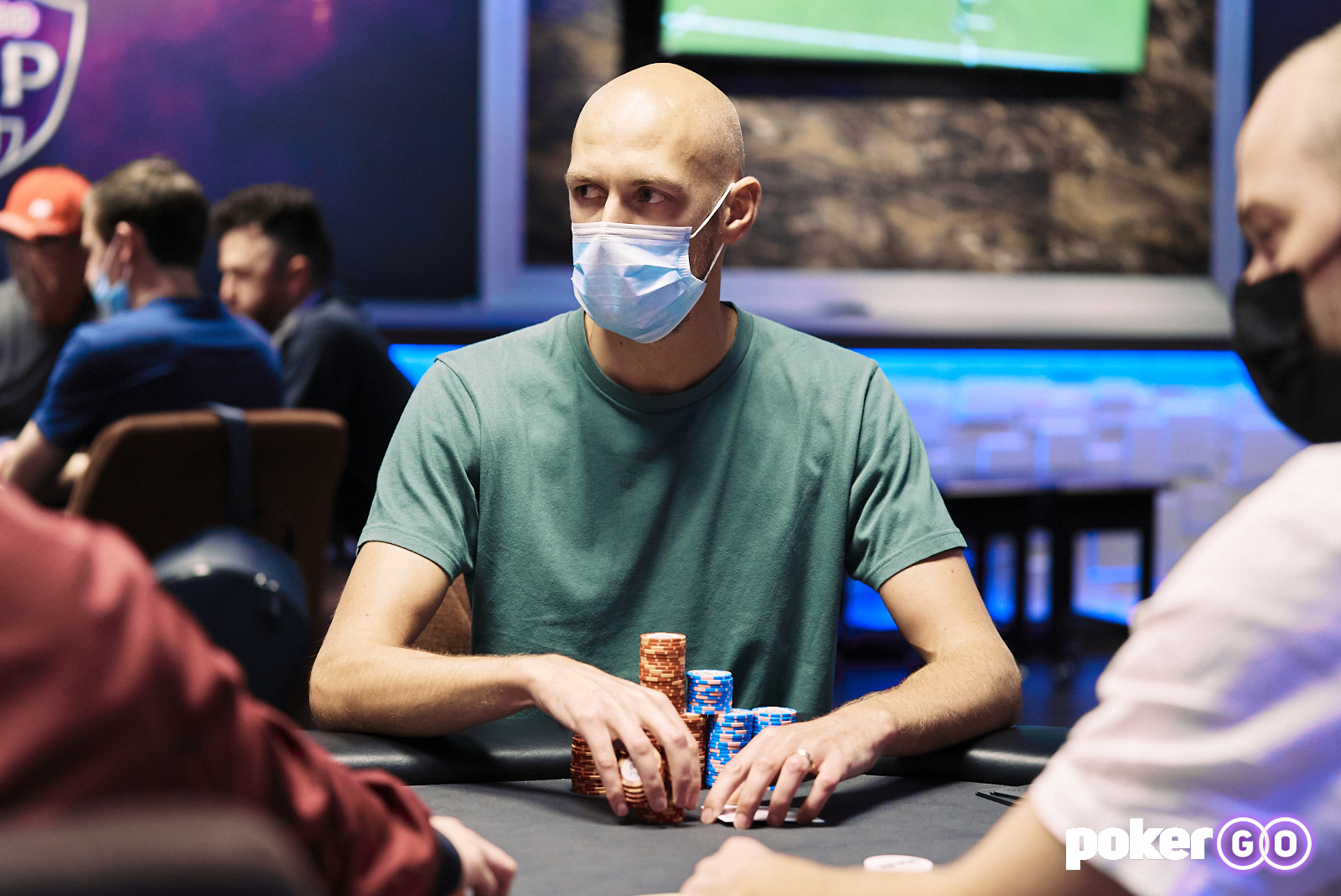 Stephen Chidwick entered the PokerGO Studio on Monday with intentions of winning Event #6. However, the Brit would fall short in third place, but immediately jumped into Event #7: $10,000 No-Limit Hold’em of the 2021 Poker Masters. Chidwick managed to parlay his late entrance into the overwhelming chip lead as he headlines a final table featuring fellow regular high stakes player Dan Smith, and three new players to the high roller scene that includes Dylan DeStefano, Ap Louis Garza, and Brekstyn Schutten.

The final five players have all locked up $54,500 in prize money, but when they return on Tuesday, September 14, at 4 p.m. ET to play out the final table on PokerGO.com, they will all be eying the title of Event #7 champion and $183,600 first-place prize.

The final $10,000 buy-in of the 2021 Poker Masters would attract a 68-entrant field that created a $680,000 prize pool. Series winners Shannon Shorr, Adam Hendrix, Daniel Negreanu, and Brock Wilson were a few of the players finding themselves on the rail prior to reaching the money. Once the tournament was reduced to the final two tables, a quick succession of eliminations saw Jake Daniels, Sam Soverel, and John Riordan all eliminated before Alex Foxen fell on the money bubble when his

was outdrawn by the

Down to the final ten players, the elimination of Ben Yu in tenth-place saw the players combine to one table where Event #3 runner-up Matthew Wantman fell in ninth-place after losing a race to DeStefano. As players were heading on a break, Jeffrey Trudeau made a move with a superior ace-high on chip leader Chidwick, but Chidwick also held a flush draw and called before spiking a heart on the turn to eliminate Trudeau in eighth-place. Shawn Daniels ran into the pocket queens of DeStefano to exit in seventh-place, and when Event #2 winner Sean Perry fell in sixth-place it would end the day’s play while simultaneously seeing Perry sit in second place on the Poker Masters Purple Jacket leaderboard by just one point behind Negreanu.

Chidwick put on a dominating display at the final table to build his stack all the way to 2,950,000 in chips. Chidwick is chasing another win in the PokerGO Studio, and with it comes a surge up the leaderboard to sit in fourth-place overall, while he would move into 14th place on the PokerGO Tour presented by Guaranteed Rate leaderboard. DeStefano and Garza sit bunched in second and third in chips overall with 1,970,000 and 1,940,000 respectively. DeStefano has locked up his third cash of the 2021 Poker Masters – tied for first with Perry and Riordan – while Garza has locked up his second cash following a tenth-place in Event #2.

Dan Smith made his debut at the 2021 Poker Masters, and has managed to navigate the short stack before finding a late double through Chidwick to finish fourth overall heading into the final table. Rounding out the final five is Event #4 third-place finisher Schutten who will be looking for retributing after entering that final table as the dominating chip leader.

The final five players return to conclude Event #7 on Tuesday, September 14, with cards in the air at 12 p.m. PT. The PokerGO.com stream will air at 1 p.m. PT with all the action until the Event #7 champion is crowned.

When play resumes, there is 12:14 remaining in level 15, the button is on Dan Smith.