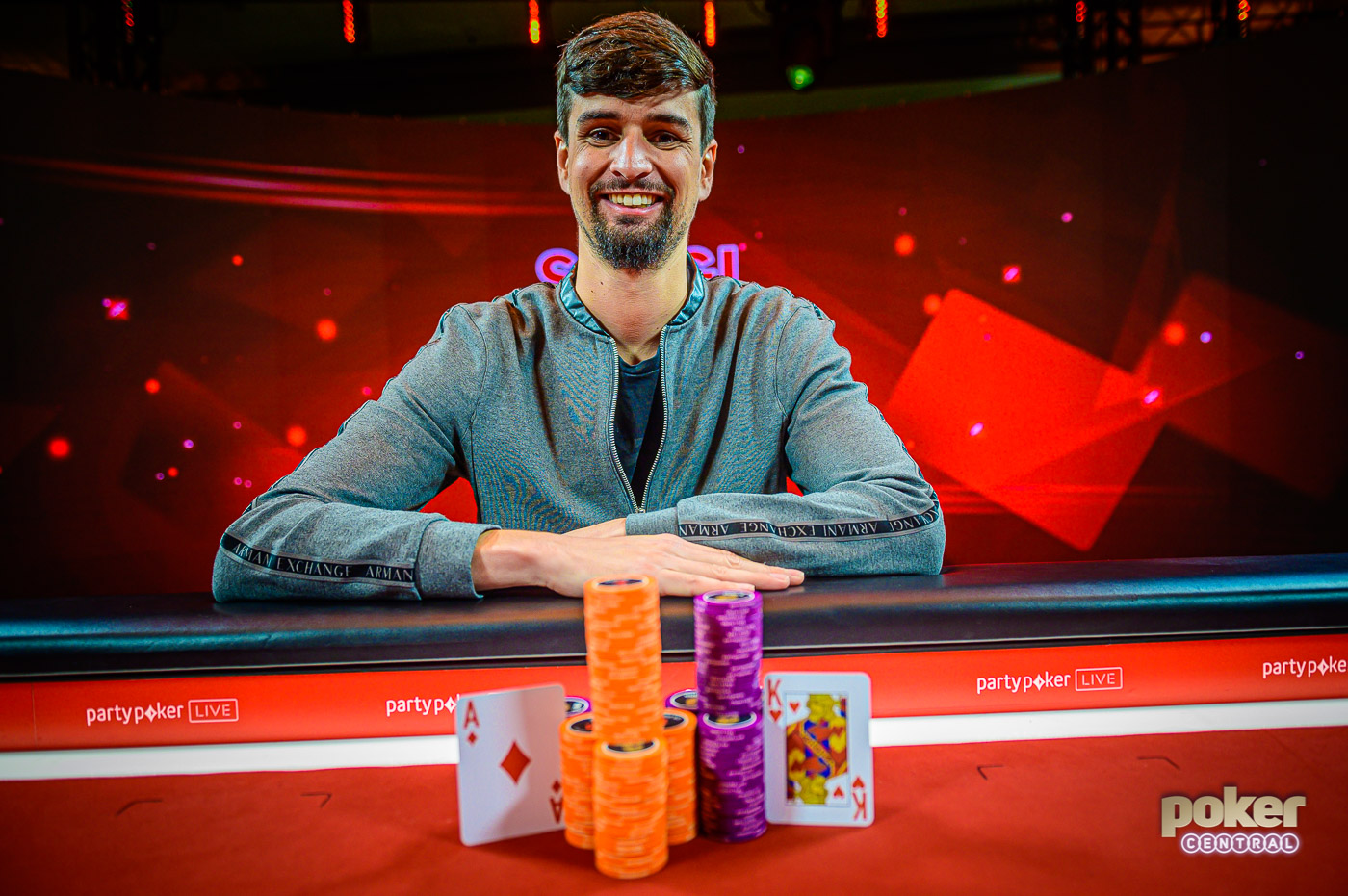 After one of the most bizarre, topsy-turvy final days of the 2019 British Poker Open or indeed any event, Spanish player Sergi Reixach took full advantage of the swings to become Event #6 champion and put himself in the running for the overall leaderboard winner a week from today.

3 will enter, only one will survive 💪
Catch £25,000 NLH action from the #BPO 🇬🇧 on PokerGO https://t.co/5rUlItuiNK pic.twitter.com/tma93yprdM

With play starting on the bubble, movements might have been slow to start with, but in truth, they weren’t. Players raised, went all-in…and always survived. Despite some three-way all-ins, everyone always stacked chips at the end of the hand and short stacks ruled the felt.

That was until, after almost three and a half hours, Bosnian phenom Ali Imsirovic, who had been chip leader twice during the final table, was all-in and at risk with

and he lost to Sergi Reixach’s pocket nines, a hand that would seem fateful come the completion of the entire event just 40 minutes later.

THREE-WAY TO HEADS-UP AND THE END

were both all-in at risk, and were eliminated by Reixach who again held pocket nines which held. Suddenly, Reixach had all the chips, 90% of them in play, and in the first hand of heads-up, he held ace-king against Timothy Adams’ shove with king-queen. All the chips went in and Reixach held with minimal sweat to convert his £25,000 entry into a quarter of a million pounds!

“It’s been a tough final day,” Reixach told us moments after his victory. “The bubble lasted four hours or something – it’s probably one of the longest bubbles I ever played.

Reixach appreciated that after that incredible three-way all-in, to then pick up ace-king against king-queen was more than a little fortunate.

“After the bubble burst, I was lucky in a three-way all-in with pocket nines and heads up was just a cooler… and I win!”

An incredible performance, and we’ll have another final table right here tomorrow for you. From Event #6, here are all the winners:

The championship standings are now as follows.