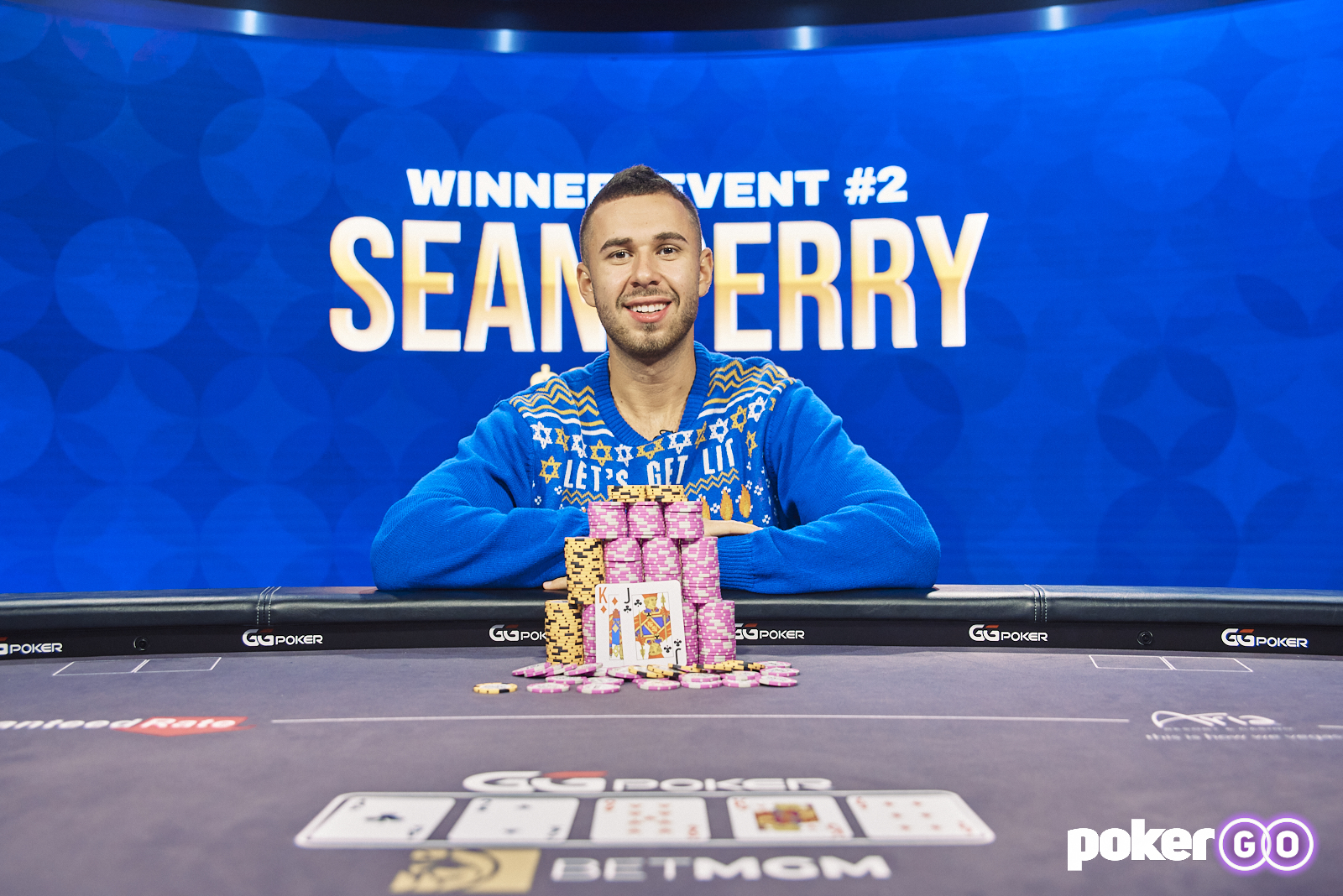 “I’m so ecstatic,” Perry said after posing for winner photos, a smile from ear to ear across his face. “I came here thinking I would be so honored to win the Poker Masters and now I’m in prime contention after cashing the first event and winning the second event. I just won in a star-studded field against people I grew up watching play, my idols. These guys are phenomenal. I’m so honored and so happy.”

Perry did indeed put himself in prime contention in the race for the Poker Masters Purple Jacket. He’s atop the leaderboard with 239 points following his eighth-place finish in Event #1 and victory in Event #2.

“It would mean the world to me,” Perry said about the idea of winning the overall Poker Masters title and the coveted Purple Jacket. “I want to win Player of the Year for PokerGO, which would be so awesome, but winning the Poker Masters – oh, man. I’d look so good wearing that Purple Jacket going clubbing and I’d wear it to every final table. It’d be so nice.”

The final day of play saw six players return to action at the PokerGO Studio in Las Vegas. Sean Perry was the chip leader, and it was quite a star-studded final group. The first player to bust was John Riordan and he was eliminated by Jake Schindler in sixth place. Riordan picked up $49,200 in prize money.

The next player eliminated was Sam Soverel. After Daniel Negreanu doubled through Soverel, Soverel was left short stacked. Soverel did find a double up through Perry but was later eliminated by Perry. On his elimination, Soverel reraised all in over the top of Perry’s raise. Perry had min-raised to 160,000 on the button and Soverel reraised all in from the small blind for 360,000. Play folded back to Perry and he called with the

. Soverel had pocket fives. Perry flopped two pair and held from there, with Soverel finishing fifth for $68,800.

Jake Schindler then busted in fourth place, taking home $86,000 in prize money. He was followed out the door by Negreanu, who placed third for $103,200. On Negreanu’s elimination hand, he was all in with the

against the pocket sixes of Perry. With a dead small blind, Perry had opened to 225,000 from under the gun. Negreanu reraised all in from the button for 1.43 million. After Ausmus folded from the big blind, Perry made the call. Negreanu flopped a flush draw, turned an additional straight draw, but still couldn’t come from behind to win the hand. He finished in third place for $103,200.

Heads-up play began with Perry in the lead – his 7.425 million to Ausmus’ 3.35 million. Ausmus had narrowed the gap a little bit but then he ran a big bluff that Perry picked off.

and Ausmus made the call. The flop was

and Perry checked. Ausmus fired 800,000 and Ausmus called. The river was the

and Perry checked. Ausmus moved all in for 2.13 million on a bluff. Perry had about 4.5 million behind and went into the tank. He eventually made the call with second pair and Ausmus was eliminated. Ausmus picked up $146,200 for the runner-up finish.

Perry’s performance also helped him narrow the gap with Ali Imsirovic on the PokerGO Tour presented by Guaranteed Rate leaderboard. Perry improved to 2,260 points and is now fewer than 800 points behind Imsirovic, who is in first place with 3,032 points. Schindler jumped up into the top 10 thanks to his result in this event and is now eighth with 1,209 points.