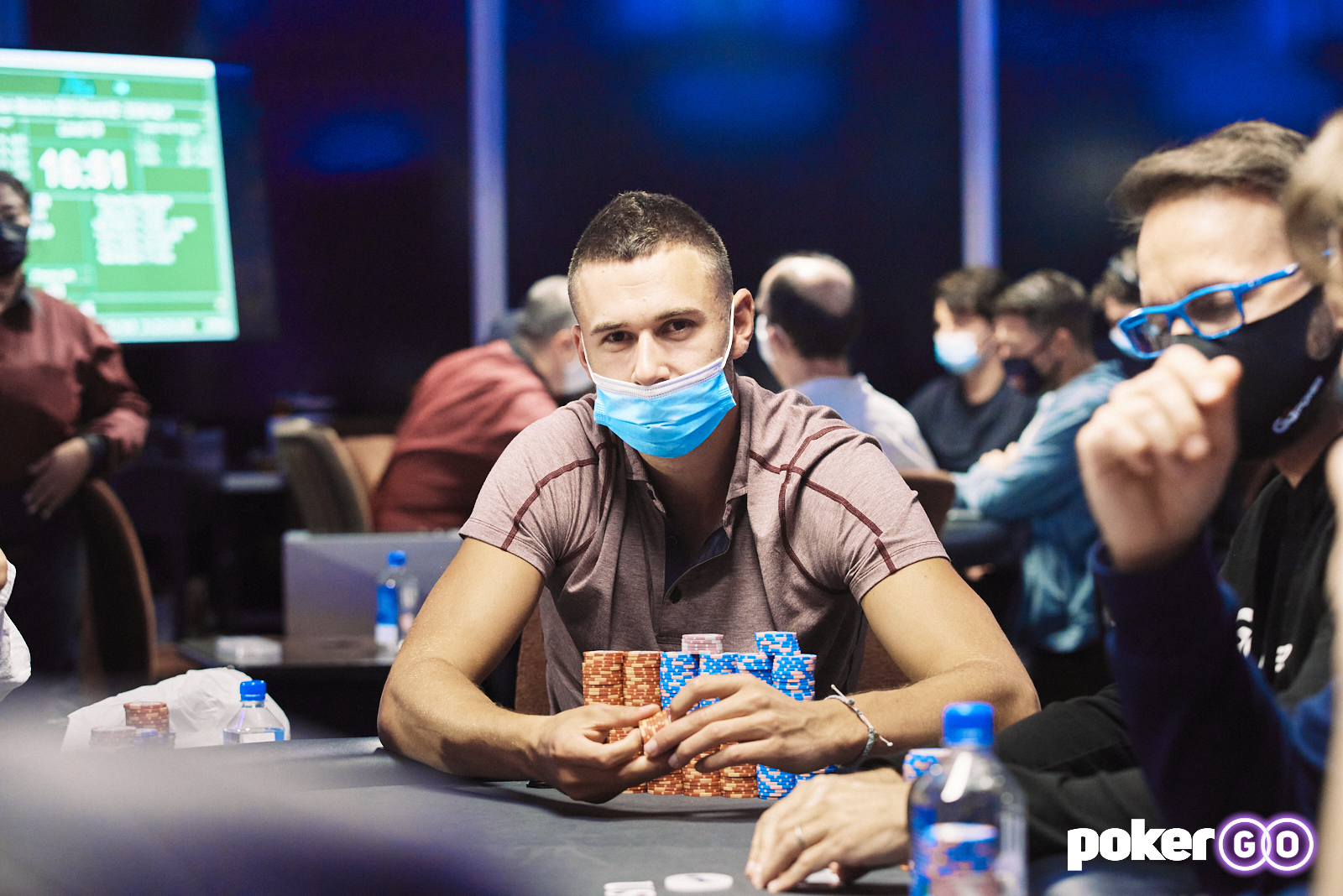 After just missing the Event #1 final table Sean Perry road a late wave of momentum to end the night with over a one million chip lead over Jake Schindler in Event #2 $10,000 No-Limit Hold’Em. Perry started the unofficial final table of nine with just over one million in chips but went on a mini heater over the last two levels of the day to end with 3.565 million in chips. Joining Perry and Schindler in the final six are John Riordan, Daniel Negreanu, Jeremy Ausmus, and Sam Soverel.

Perry started his run by eliminating Jason Koon in eighth place when Koon shoved his last 250,000 into the middle, holding ace-ten against Perry’s pocket kings. The board ran out jack-high, and Perry moved to almost 1.5 million in chips. From there, Perry would use a steady diet of raises and re-raises to inch over two million in chips setting up the final hand of the evening.

Fresh off doubling up Negreau a few hands before James Romero would limp under the gun with just under a million chips, action would fold to Ausmus in the small blind, and he called. Perry was in the big blind and raised to 250,000. Romero called, and Ausmus folded.

for the flopped set. The river

hit the felt giving Perry a full house and sending Romero to the rail in seventh place for $43,000.

Erik Seidel would fall in 9th place for $34,400 when he ran his last 500,000 into the middle holding ace-jack against the ace-king of Schindler. Ap Louis Garza and Metin Aksoy finished in 10th and 11th place respectively for $25,800 after being eliminated in back-to-back hands to send us to the final table.

When play resumes there is 14:20 remaining in level 16 and the button is in seat 5

The final six players will return to the PokerGO Studio on Thursday, September 9, at 12:00 p.m. PT with the final table airing on PokerGO.com at 1:00 p.m. PT.