You are here
Home > News > Sam Soverel Leads the Final Table of Event: #8 $100,000 No-Limit Hold’em: Soverel and Daniel Negreanu Still in Contention for the PokerGO Cup 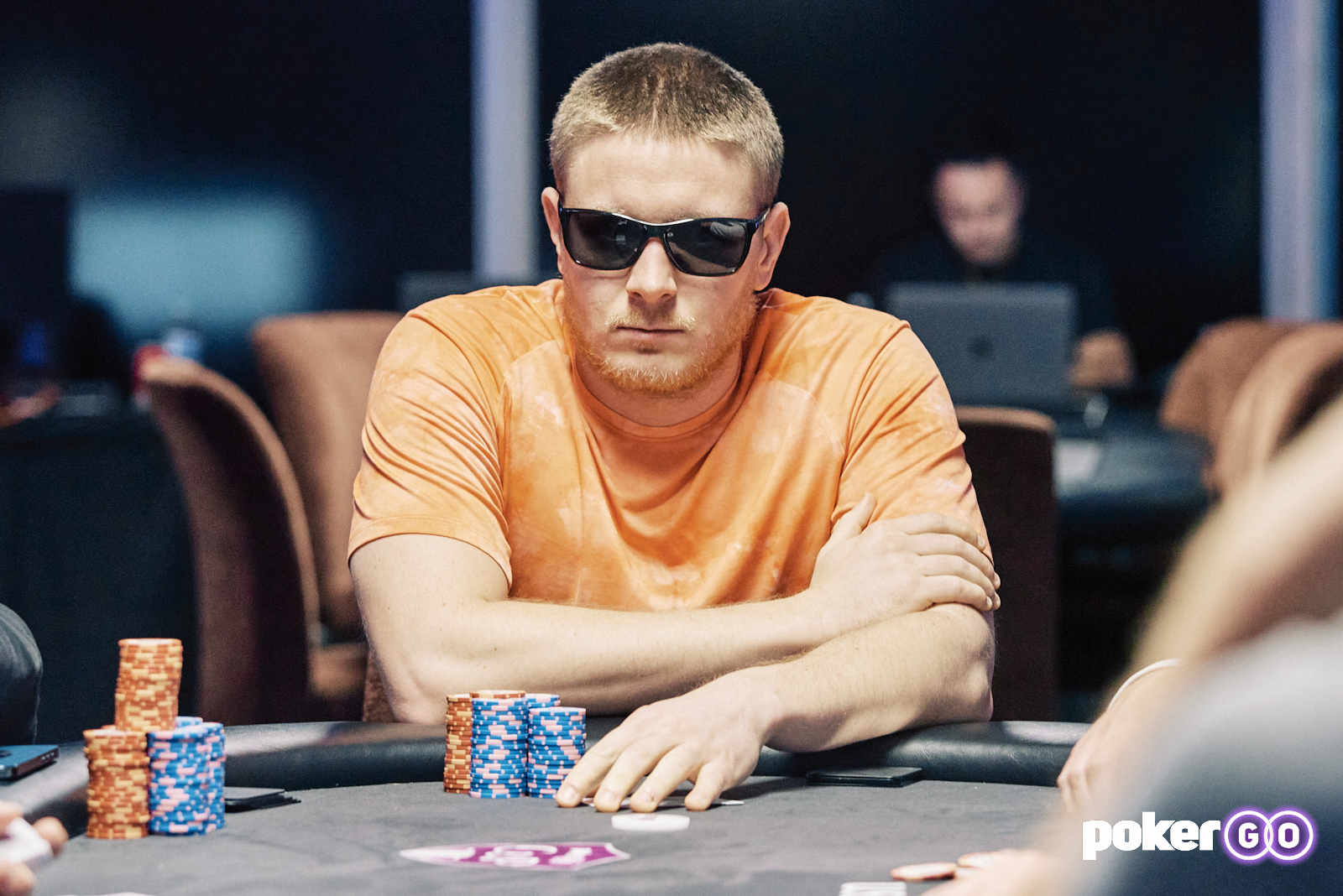 Sam Soverel eliminated Stephen Chidwick on the second to last hand of the evening to secure a massive chip lead over the other four players as Event: #8 $100,000 No-Limit Hold’em is down to the final table of five. Joining Soverel at the final table are Daniel Negreanu, Cary Katz, Dan Smith, and Sean Winter.

Ali Imsirovic currently leads the PokerGO Cup leaderboard with 497 points through seven events, and only Negreanu and Soverel can catch the Poker Masters Champion. Soverel will need to win the event to pass Imsirovic, while Negreanu only needs to cash to move into the points lead. If Negreanu finishes third or higher, he will win the Cup outright regardless of Soverel’s placing.

Soverel vaulted into the chip lead after eliminating David Peters in eighth place for close to a one million chip pot near the end of level 12. Peters opened from the button, and Soverel called in the small blind. The flop fell

, and Soverel check-called a 30,000 chip continuation bet from Peters. The turn

completed the board, Soverel moved all-in and had Peters covered. Peters used three time extension before making the call. Soverel tabled pocket aces for top set, and Peters was eliminated.

Chris Brewer, who was chip leading for the majority of the day, would fall in seventh place after having his pocket aces cracked twice in the span of an hour. Negreanu would get the first crack when he flopped trip jacks in a blind vs. blind pot. About 30 minutes later, Brewer would find himself facing a Chidwick river jam and mucked the aces face up, leaving himself with just over 100,000 in chips.

Brewer would eventually head to the rail when he got his last 85,000 into the middle, holding ten-nine against the queen-three of Chidwick. Chidwick flopped a queen to eliminate Brewer, moved into second in chips, and set up the fateful hand with Soverel.

Chidwick opened to 70,000 in the cutoff, and Soverel called in the big blind. The flop fell

, and action checked through. The turn

hit the felt, and Soverel bet 90,000, and Chidwick called. The river

completed the board, and Soverel moved all-in, having Chidwick covered. Chidwick used a time extension before calling and tabling

for two pair jacks and nines. Soverel tabled king-queen for the rivered straight to end the night with 48 percent of the chips in play.

The final five players will return to the PokerGO Studio on Wednesday, July 14, at 12 p.m. PT with the final table airing on PokerGO.com at 1 p.m. PT.