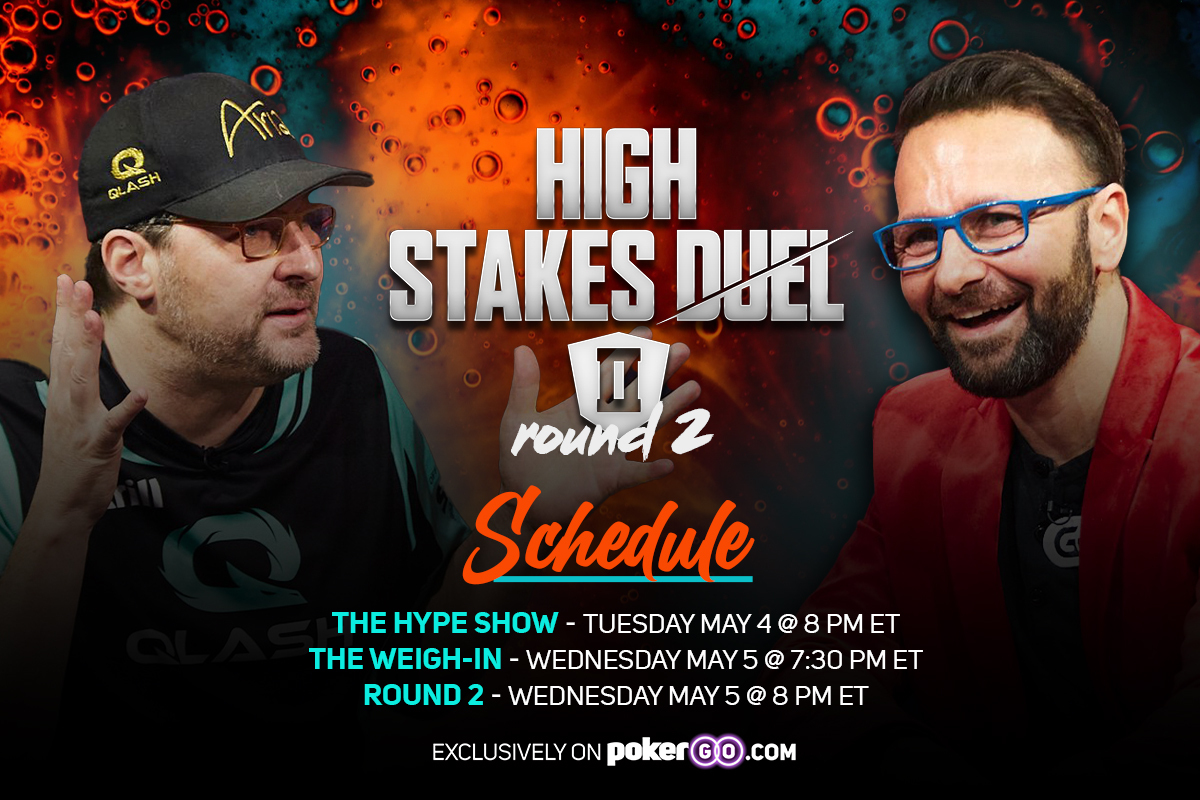 The rematch has been scheduled between Phil Hellmuth and Daniel Negreanu as they face-off for $200,000 in High Stakes Duel II | Round 2 on Wednesday, May 5, at 8 p.m. ET exclusively on PokerGO.com.

Tuesday will see the return of The Hype Show that will see commentators Ali Nejad and Nick Schulman discuss everything about the upcoming $200,000 match between Hellmuth and Negreanu. The show will be available on both PokerGO and PokerGO’s YouTube channel on Tuesday, May 4, at 8 p.m. ET.

Hellmuth staged a remarkable comeback in Round 1 after being down to roughly 3,000 of the 100,000 chips in play. Hellmuth picked off a bluff, then threw out a bluff of his own before finding a big double. Hellmuth then outdraw Negreanu on the river, and then rivered a flush to move into the lead – the first and only lead change for Round 2. Hellmuth pushed forward and eventually hammered the nail into Negreanu’s coffin with his infamous pocket nines. There was a fun sweat on the flop with Negreanu picking up outs to a straight flush, but inevitably two bricks followed and Hellmuth collected the Round 1 victory in High Stakes Duel II. 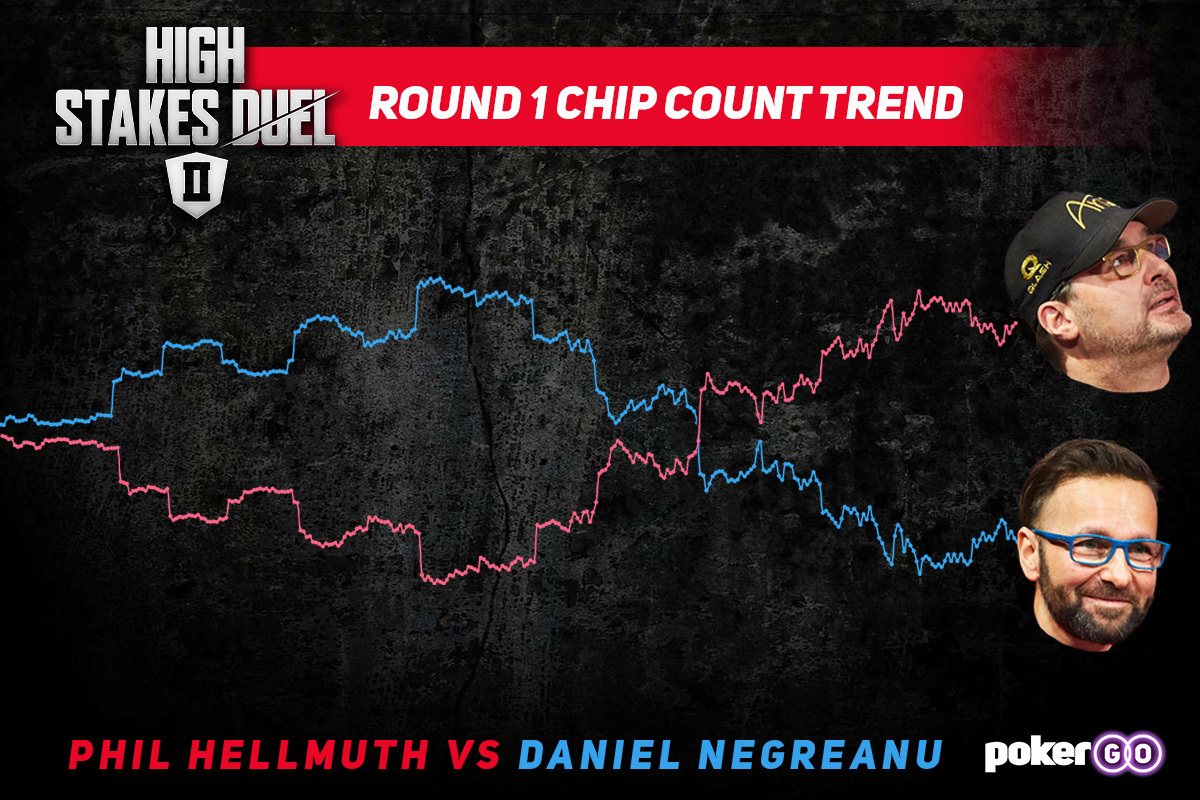 Having now secured four consecutive High Stakes Duel victories, Hellmuth will be looking to make it five in a row to claim the $200,000 in prize money that is awaiting the Round 2 winner. Negreanu however, will be looking for retribution after having Hellmuth on the ropes in Round 1. And if things don’t go Negreanu’s way again, we already know that Round 3 will be on both player’s schedules.

“I would rematch Phil for eternity,” Negreanu said before a single card was dealt in High Stakes Duel II. “There is no possible way I would say no to a rematch with Phil Hellmuth.”

The only way to find out is to watch High Stakes Duel II | Round 2 exclusively on PokerGO.com on Wednesday, May 5, at 8 p.m. ET.