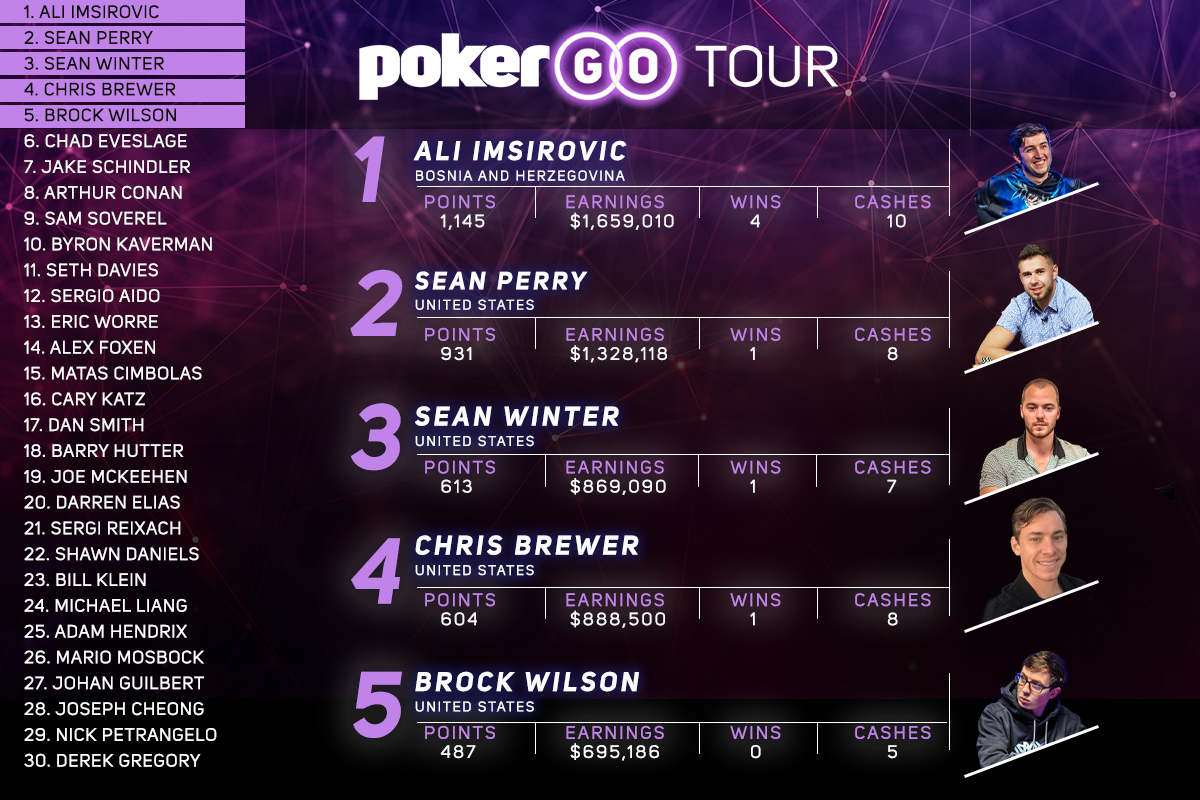 Poker Masters Purple Jacket winner Ali Imsirovic retains his top spot on the PokerGO Tour leaderboard after collecting two cashes to be the first player to eclipse the 1,000-point barrier. Imsirovic currently sits on 1,145 points and has four wins, ten cashes, and $1,659,010 in winnings. Sean Perry remains in second place, but it is Sean Winter who moved into third after a third-place and fourth-place finish. Chris Brewer dropped down to fourth place, while Brock Wilson remains in fifth on 487 points.

Most of the movement following the ARIA High Rollers occurred in the middle of the PokerGO Tour leaderboard, but Jake Schindler was the biggest mover as he climbed into seventh and sits with 444 points, one win, six cashes, and $638,408 in winnings.