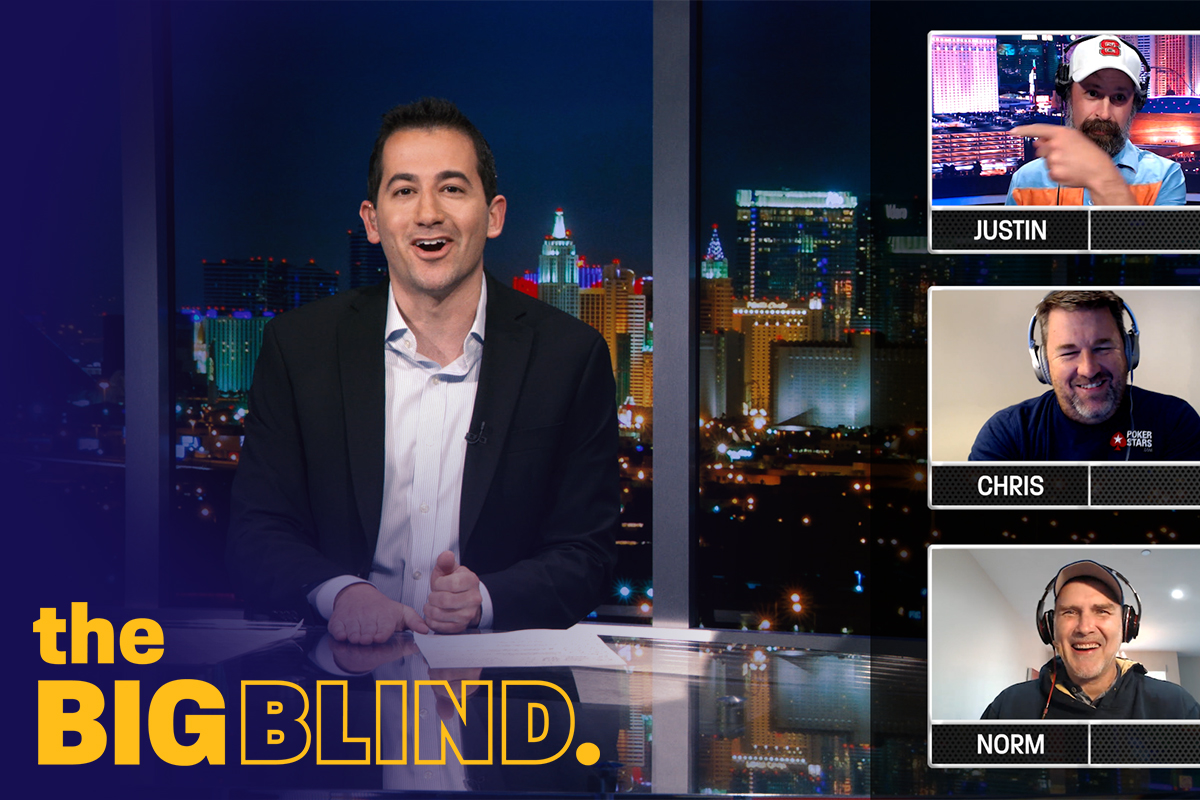 Watch The Big Blind on PokerGO starting on November 25.

Today, Poker Central announced the premiere of its newest original production and first game show, “The Big Blind,” on November 25th. The new series brings the strategy of poker play to a trivia show format where special guests, ranging from entertainment world celebrities to professional poker personalities, bet on their knowledge of poker, gambling, casinos, and everything else Las Vegas.

The series will stream exclusively on Poker Central’s direct-to-consumer OTT subscription service, PokerGO, allowing poker fans from around the world to play along at home. Following the November 25th premiere featuring legendary comedian Norm Macdonald, new episodes of “The Big Blind” will debut every Monday and Friday as the eighteen-player, four-round tournament progresses to the finals on January 6, 2020 when the three contestants left standing will compete for $30,000 in prize money.

“At Poker Central, we are always thinking outside the box of traditional poker content,” said Sampson Simmons, president of Poker Central. “‘The Big Blind’ and its blend of trivia with poker strategy allows us to bring a fresh form of entertainment to PokerGO subscribers, bringing both new and seasoned poker players to the table for this fun new format.”