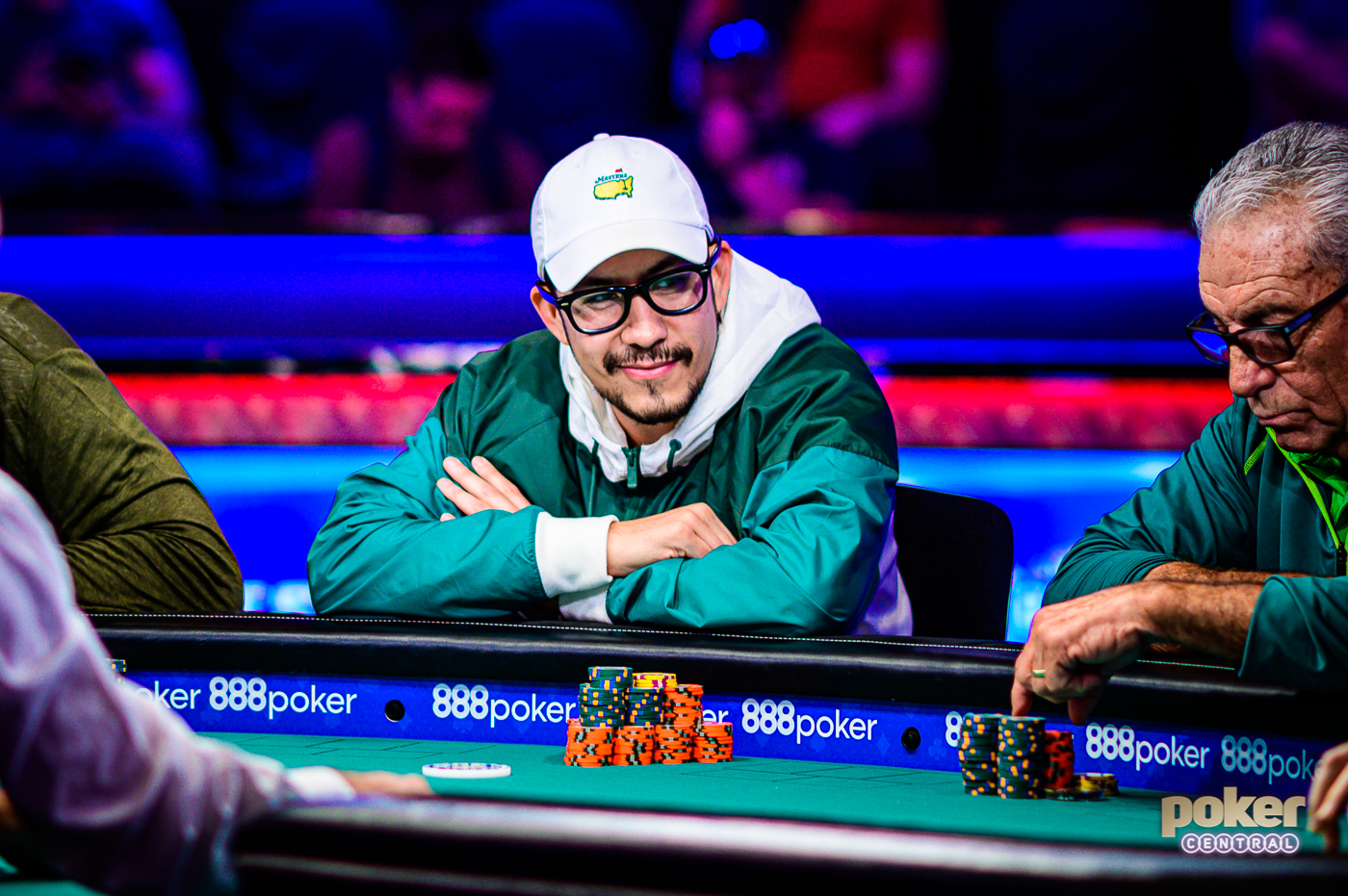 Phil Hui on his way to the final table of the $50,000 Poker Players Championship

With all great journeys, it’s never about the destination, it’s about the adventure while you’re on the way there. The World Series of Poker might be the best journey a player can ever go on. Not everyone can win one of the 90 WSOP bracelets on offer, that’s just good math. But the players who enjoy the journey the most are the ones we’re rooting for.

Phil Hui is the hero we all want and need. He was beside himself with his table draw early in the tournament.

Got to play 4 handed with Ivey, Grinder and Mercier for a little bit.. It took 10 levels but I was finally the best player at my table 😂😂😂 pic.twitter.com/jJmTQwJY7n

Got wrecked by Ivey all day but who cares Onto day 3 of the coolest tourney in the world with 490k in the bag. Pray for me 🙏🏽🙏🏽🙏🏽 pic.twitter.com/aKf0fppxfy

Hui entered Day 4 feeling a little swagger only a cash in one of the toughest tournaments in poker can give you.

Now, he’s outlasted and has reached the final table with his chipstack in excellent health. Cheers to you, Phil!

4.1mil in the bag FT of 6 in THE POKER PLAYER CHAMPIONSHIP restart at noon LFG!!!!! pic.twitter.com/xFUg22NHgy

Hui is not the only one enjoying himself in the Poker Players Championship. Josh Arieh is peaking/peeking in the tournament, holding the chip lead going into the final day.

DEEB HOPEFUL OF WINNING PPC TOO

Shaun Deeb is really going for back-to-back WSOP Player of the Year titles. If he wins the PPC, will there be any stopping him? He loved sharing a table with Ivey…

…but enjoyed reaching the final table even more.

5/6 2.5m in chips had a blast as always in this tourney always the one I want to win each year but great group of friends left any will be a good champion

SMITH HOLLAS AT POWERS THAT PEE

Dan Smith has an idea to revolutionize bathroom break wait-times at the World Series of Poker. Over the 15 years of the WSOP being at the Rio, the total of new ideas to revolutionize the bathroom:player ratio now increases to 5,765.

The massive lines for the bathroom during a 60 player tourney just one of so many ways the WSOP could make high rollers a better experience. Stagger the break times by 30 minutes!

And if they actually gave a shit, incentivizing players to show up for hand one would be great

HACHEM HAS THE HATCHET OUT FOR WSOP STRUCTURES

.@wsop and all players who give a damn. These structures are ridiculous, we are playing for almost 18 hours to cash in a $1500 event. Why the hell do we need to do this? It’s level 12 in the 1500 plo8 and we still 170 away from the money ffs this is just wrong

At last, a heartwarming story at this year’s World Series of Poker apart from Kevin Roster. This pair were snapped looking adorable in the Tag Team Event. Not sure about the fashion choice, but relationship goal? Most definitely.

Not sure who these two are. But the joy they had playing together in the tag team event was amazing to watch & play with. This is a photo right after they busted. Their conversation was joyful, and he said to her, “Aces! Oh no!” & gave her high five ✋& she responded with a kiss pic.twitter.com/WnlwkPQPW2

Dan Zack retains his lead at the top of the current WSOP Player of the Year standings, but as you can see, he’s being pursued at pace by everyone in the top six. With both Zack and Deeb crushing in their latest events, it could go right to the wire this year.