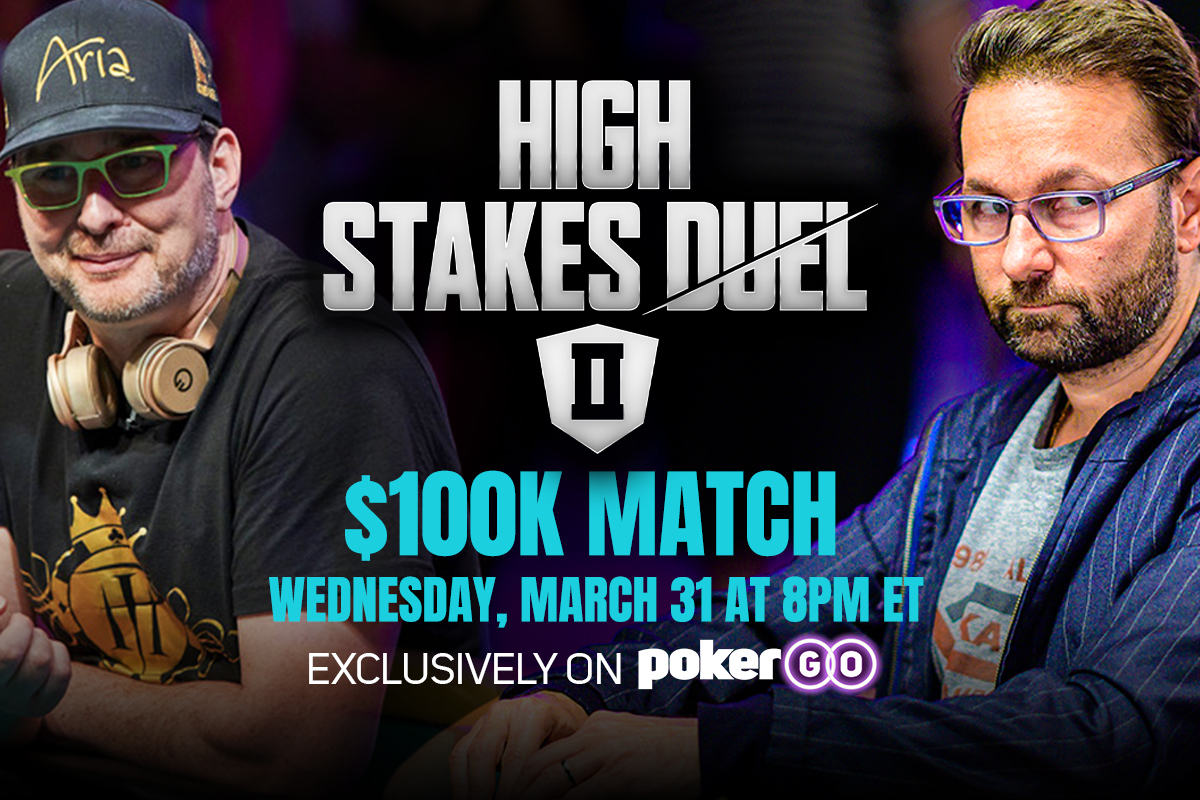 Hellmuth has since made appearances on High Stakes Poker and Poker After Dark, but now he’s ready to open High Stakes Duel II. The challenger that is stepping up to the plate is Daniel Negreanu who recently completed the 25,000-hand challenge against Doug Polk in High Stakes Feud where he lost over $1.2 million.

“This series is different than anything we’ve created before in poker,” said Mori Eskandani, President at Poker Central. “If you’re a fan of the game, you definitely don’t want to miss this. The stakes and rivalries will be on another level.”

Looking at each player’s poker careers, it’s hard to pick who has the edge over the other. Hellmuth has nine more WSOP bracelets than Negreanu, but Kid Poker has two WPT titles, two WSOP Player of the Year awards, and a WPT Player of the Year award – all of which The Poker Brat doesn’t have. Both players have amassed an astonishing amount of lifetime tournament winnings with Negreanu having won over $42 million to Hellmuth’s $24.1 million, as the tale of the tape falls as follows:

The WSOP bracelets, WPT titles, and Player of the Year awards will be put aside next Wednesday, March 31, as both Hellmuth and Negreanu square off in Round 1 of High Stakes Duel II.

Hellmuth looks to continue his High Stakes Duel winning streak after winning $400,000 against Esfandiari, but Negreanu is hoping to etch a new name on the High Stakes Duel championship belt. Will we see an instant rematch announced by the loser, or will there be some possum being played? The only way to find out is to watch the High Stakes Duel II | Round 1 exclusively on PokerGO.com at 8 p.m. ET this Tuesday!