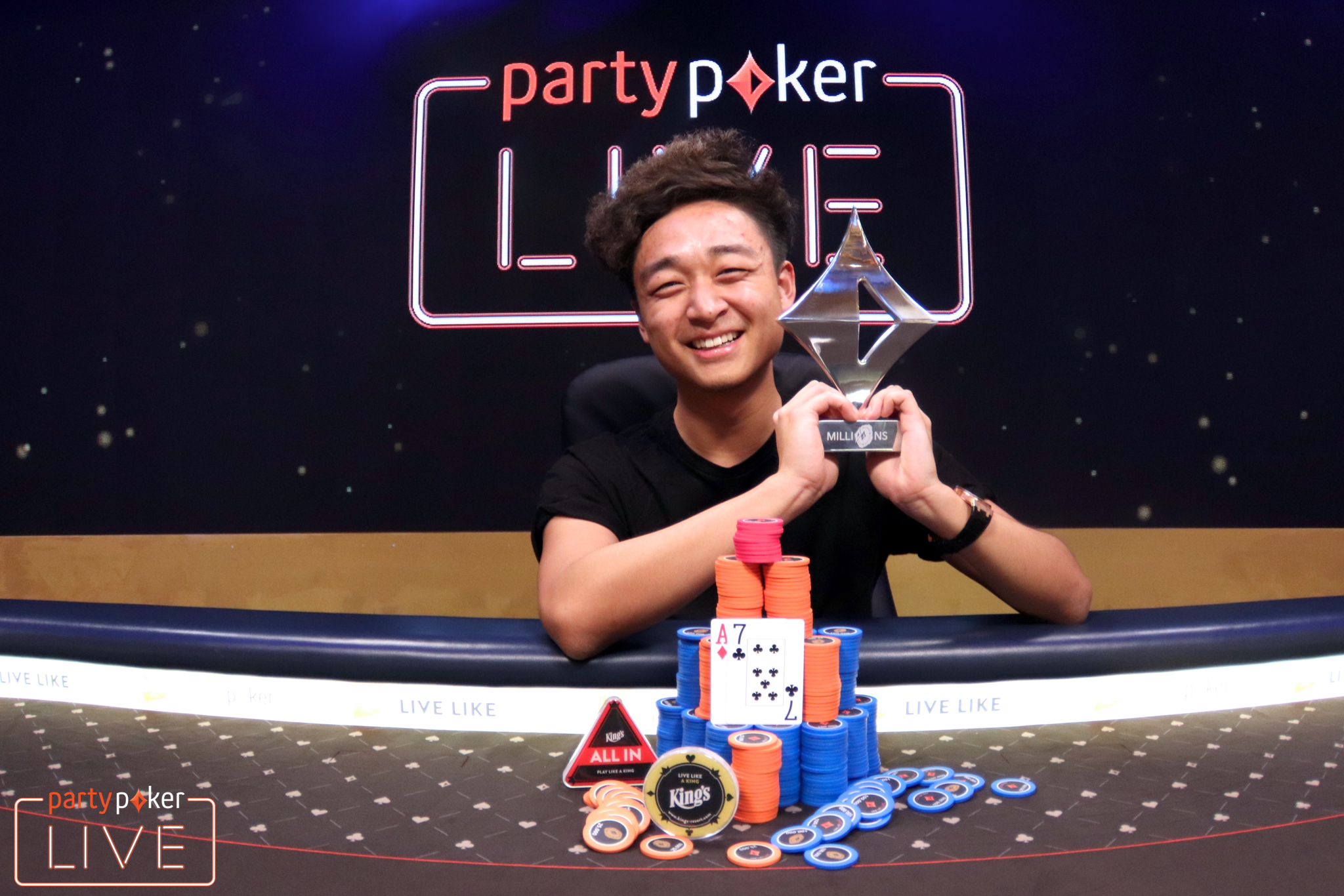 After a thrilling finale, Michael Zhang had won the Super High Roller at the partypoker MILLIONS festival. It was his first title since the biggest win of his career, with the common denominator between those two victories being the stunning location of King’s Casino in Rozvadov.

If you want to watch the action from the final table, including seeing Michael Zhang being crowned as champion, check out the recap highlights right here.

Michael Zhang may be a name that is familiar to you without you knowing why. If so, it may be because of his success at King’s Casino itself. Of his $3 million in live tournament earnings, Zhang has won plenty of it in Rozvadov. With this victory earning him €350,000, his previous visit in 2018 at the partypoker MILLIONS Germany event brought him a career-high score of €800,000.

Zhang is in terrific form, with a break in his record of cashes from January being broken in July when he reached the final handful of tables in the $3,000 NHLE event in Las Vegas, and his cash of $865,000 in this month’s £100,000-entry Triton London Main Event bumping his bankroll even more.

SIX MAKE THE MONEY AS PHUA CASHES AGAIN IN AUGUST

It wasn’t just Michael Zhang who made money in the €25,000 + 500 Super High Roller event. Of the 42 total entries (33 players plus rebuys), six players made money, with a prize pool of just under a million euros.

Nine made the final table, but three of them would leave with nothing to show for the day except good memories, with Kahle Burns, Kristen Bicknell and Ole Schemion all missing out on profit.

Once the bubble burst, it was the Malaysian player Choon Siow who won €60,000 for exiting the party in sixth place. He was followed by the German high roller regular, Steffen Sontheimer. He lost a lot of his chips when his two-pair was rivered by Selahaddin Bedir’s flush, then the German was eliminated when he couldn’t catch Tom Vogelsang’s ace-queen with just ace-ten, taking home €85,000 for his bust-out in fifth.

Triton co-founder Paul Phua was next to leave in fourth – winning€112,500 in the process – when his all-in move with the short-ack and an offsuit jack-ten caught no community cards against Vogelsang’s pocket fours.

BEDIR BAGS A PERSONAL BEST AS ZHANG TAKES IT DOWN

Selahaddin Bedir left the festivities in third place, but not before locking up his best-ever tournament result of €160,000. Bedir, whose previous tournament results only date back to the beginning of 2018 and were limited to Cyprus before this festival, enjoyed a win worth twice as much as his career-earnings combined after he bowed out, leaving Vogelsang and Zhang to battle it out for the win.

While it would be Zhang who added most to his bankroll, Vogelsang doubled his live tournament earnings by banking the €230,000 awarded for the runner-up and can consider himself more than a little unlucky with the manner of the run-out that would end the tournament.

While he went into the hand just better than 3:1 down in chips, and behind with queen-ten needing to catch against Zhang’s offsuit ace-seven, the flop brought a queen along with a seven. There was another seven on the river, however, which saw Zhang bag another great result in Rozavadov and sealed a memorable tournament with a very dramatic final hand at Vogelsang’s expense.