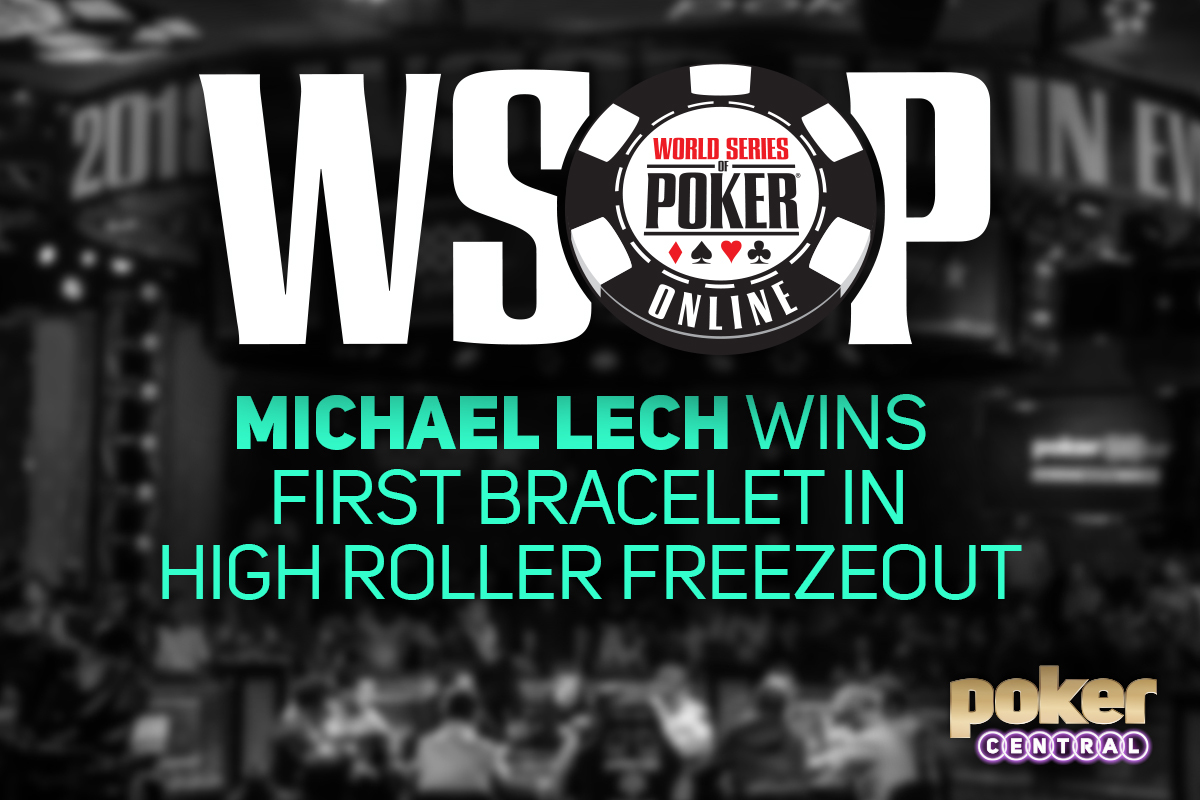 The 2020 World Series of Poker Online would see the stakes raised on Monday with the biggest buy-in event of the series to-date. The Event #13: $1,500 No-Limit Hold’em High Roller Freezeout attracted a total of 649 players as Michael “MiguelFiesta” Lech claimed his first WSOP bracelet and $164,249 first-place prize to go along with his eight WSOP-Circuit rings.

With the increased buy-in also brought with it a freezeout format, and the 649-player field would create a $924,825 prize pool that paid the top 99 places. Once Dylan “thedogsofwar” Wilkerson finished on the money bubble in 100th place, the likes of WSOP bracelet winners Daniel “DNegs” Negreanu, Jason “Haderade” Somerville, Ankush “rickrosstheb” Mandavia, and Event #12 champion Ryan “joeyisamush” Depaulo all were eliminated short of the final table.

Lech and Connor “666666” Drinan were the most accomplished players at the final table, and Drinan was in reach of winning the WSOP bracelet prop bet he has with 27th-place finisher Negreanu. Drinan however would be eliminated in sixth-place following the eliminations of Christopher “Pokeher2014” Fuchs, Megan “wolverine17” Milburn $18,404, and Michael “wsopmd” Dolle before him. As play progressed, it would be Lech that entered heads-up play with a slight advantage over William “SlaweelRyam” Romaine before the final hand would see Romaine check-raise all-in holding middle pair against Lech’s top pair. No improvement came from Romaine, and Lech would be crowned the Event #13 champion.

A dream came true last night that I have been hoping for since I started playing poker. First place in a World Series of Poker Bracelet event!!! Keep sharing good vibes and all will come together ♠️🤠🍻🥇 pic.twitter.com/EbpSu97ET4

Lech has accumulated nearly $1.4 million in lifetime earnings and has collected a total of eight WSOP-Circuit rings. Not only is this the first WSOP bracelet for the Arkansas native, but amazingly it his seventh cash through the first 13 events of WSOP Online.

Check back with us for daily WSOP Online recaps or dive straight into some throwback World Series of Poker action as WSOP Classic is now available on PokerGO. Watch all your favorite Main Event coverage from 2003 through 2008 right now.