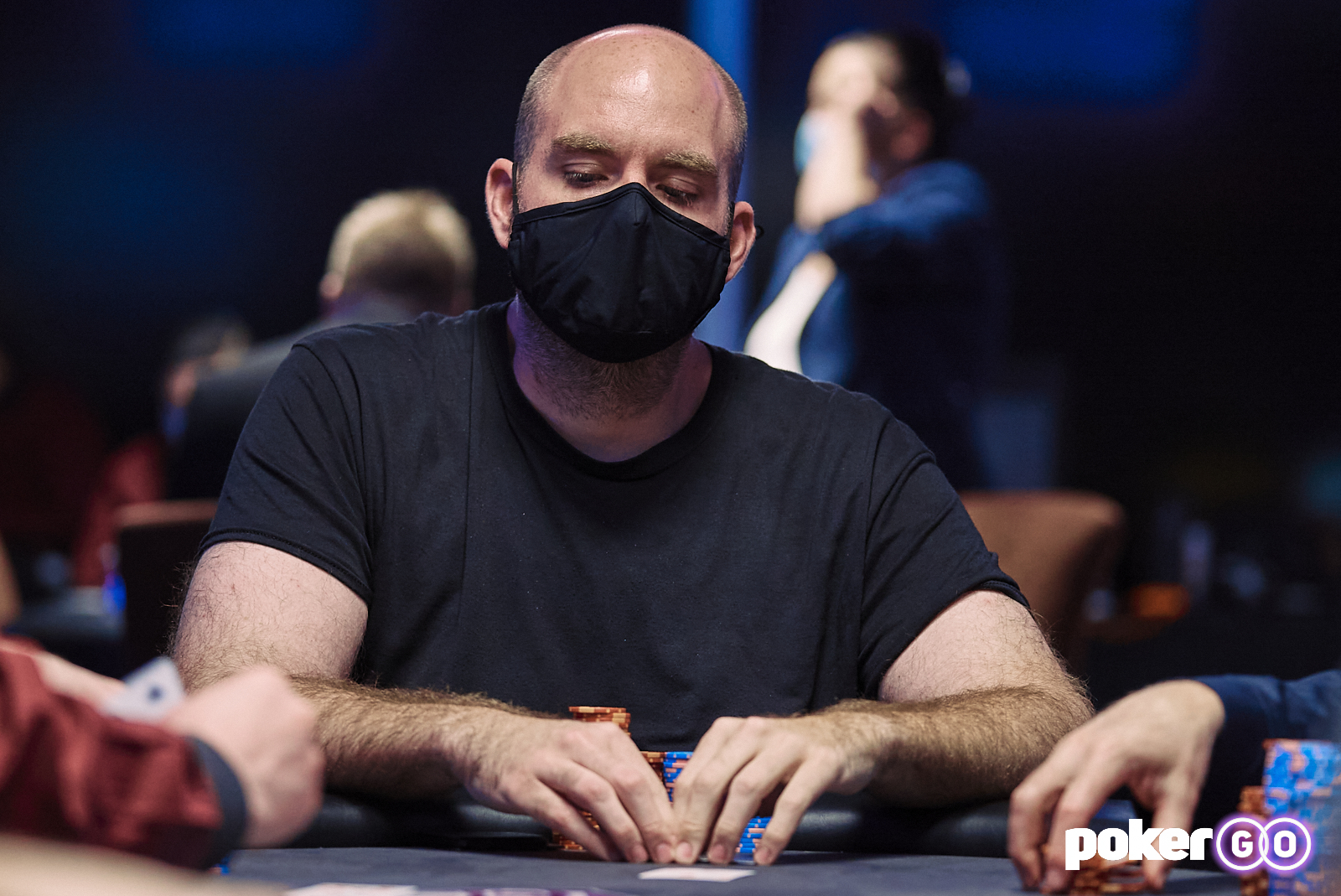 Maxx Coleman eliminated the final two players of the evening and takes the chip lead into the final table of Event #6 $10,000 8 Game. Joining Coleman at the final table are Chad Eveslage, Erik Sagstrom, Jeremy Ausmus, and Stephen Chidwick. The 30-entrant field created a prize pool of $300,000, and the remaining five players are all guaranteed at least $21,000, with the winner taking home $120,000.

Eveslage tried to wrestle the chip lead away from Coleman at the last moment and ended up playing the hand of the day in the process. Playing no-limit hold action folded to Eveslage on the button, and he opened to 35,000. Jared Bleznick was in the big blind, and he tossed in two time extensions, saying, “I need a minute.” Bleznick proceeded to walk around the table for the full minute sitting back down to call. The flop fell

completed the board, and Bleznick used a time extension before sliding out a bet of 125,000 with approximately 80,000 behind. Evesalge moved all-in, and Bleznick shook his head, threw his hands in the air, and mucked.

Bleznick would double up a few shuffles later but eventually ran his remaining chips into the middle playing Razz against Coleman. Bleznick was all-in by fourth street and made a ten-nine on sixth, while Coleman made trip aces on the fifth but improved to a nine-draw on sixth. Bleznick peeled a nine on seventh to pair his nine, and when Coleman peeled a five, he made nine-six to send Bleznick out the door in seventh place.

Hal Rotholz would be Coleman’s final victim of the evening after running his pocket sevens into Coleman’s pocket kings pre-flop playing limit hold’em. The board ran out jack-high, and Rotholz couldn’t find his two outer to stay alive and was eliminated to burst the Event #6 money bubble in sixth place.

With six events remaining, the race for the purple jacket is heating up as Daniel Negreanu currently leads the way with 281 points after taking home the trophy in Event #5. Ausmus is the only player at the final table in the top ten and currently sits in 10th place with 146 points. A win in Event #6 would give Ausmus 266 points and move him into the top three, 21 points behind Negreanu and just six points behind second-place Brock Wilson. Eveslage is the only other player in the field with Poker Master points after finishing fourth in Event #4, and a win moves him into the top five.

When play resumes, there is 5:52 remaining in level 12, the button is in seat 5, and there are two hands remaining of Limit Hold’em.

The final six players will return to the PokerGO Studio on Monday, September 13, at 12 p.m. PT with the final table airing on PokerGO.com at 1 p.m. PT.