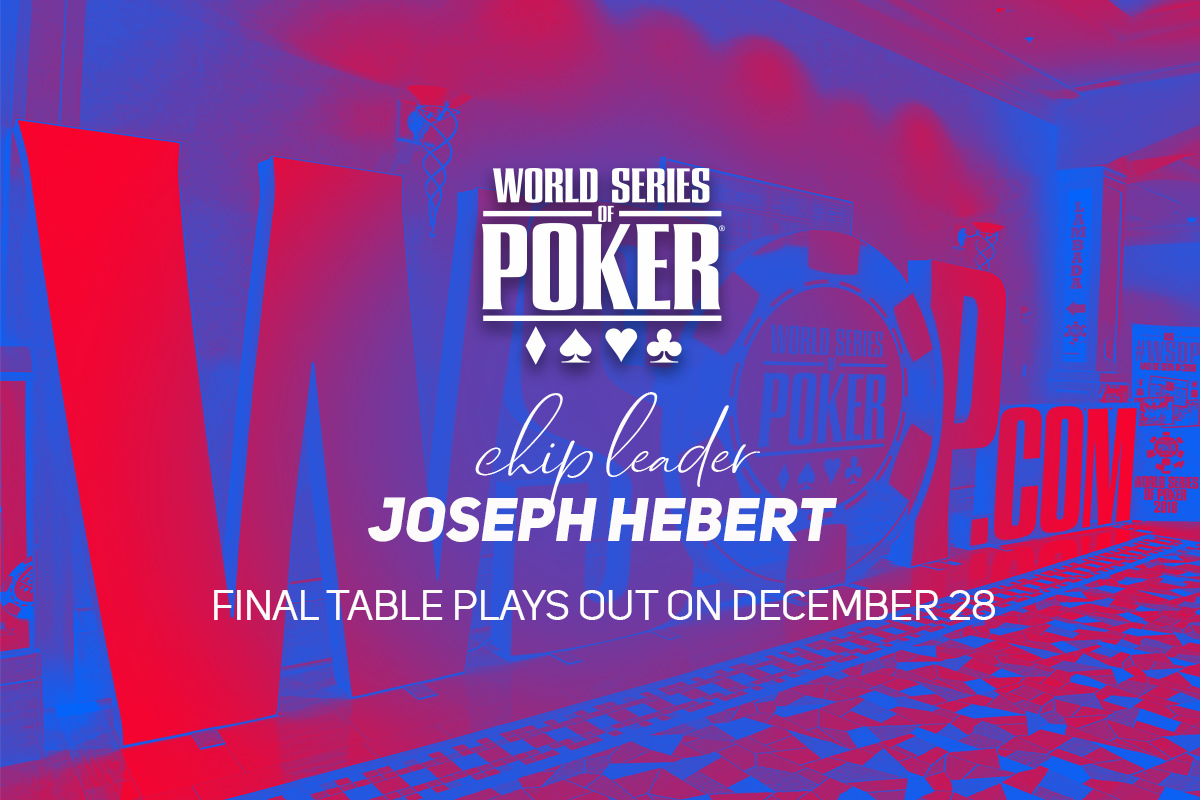 The 2020 WSOP Main Event continued on Monday with the schedule calling for the final table of nine to be reached. Day 2 action began with 71 players returning from the 705-player field, and after roughly seven hours of play, it would be Joseph Hebert holding the final table chip lead of more than double his nearest rival.

The likes of Justin Liberto (26th), Maria Ho (22nd), Jared Griener (20th), Sean Swingruber (18th), Clayton Maguire (13th), Martin Zamani (12th), Dan Zack (11th) all fell short of the final table. While it would be Anthony Spinella being eliminated on the final table bubble in 10th place when his button-shove with king-jack ran into the ace-eight of Shawn Stroke. The flop brought top pair for Stroke and a gutshot for Spinella, and although a jack landed on the turn, the river blanked out, and Spinella was eliminated in 10th place.

Hebert enters the final table as the overwhelming chip leader having nearly three-times his nearest rival Stroke. Hebert has accumulated over $667,000 in lifetime tournament winnings which includes a runner-up finish in the 2013 WSOP-Circuit New Orleans Main Event for $140,932. The most accomplished player at the final table is Day 1 chip leader and three-time WSOP bracelet winner Upeshka De Silva who sits eighth overall.

The final nine players are all guaranteed $98,813 in prize money, but all eyes are on the $1,553,256 first-place prize, coveted WSOP bracelet, and title of the 2020 WSOP Main Event champion.