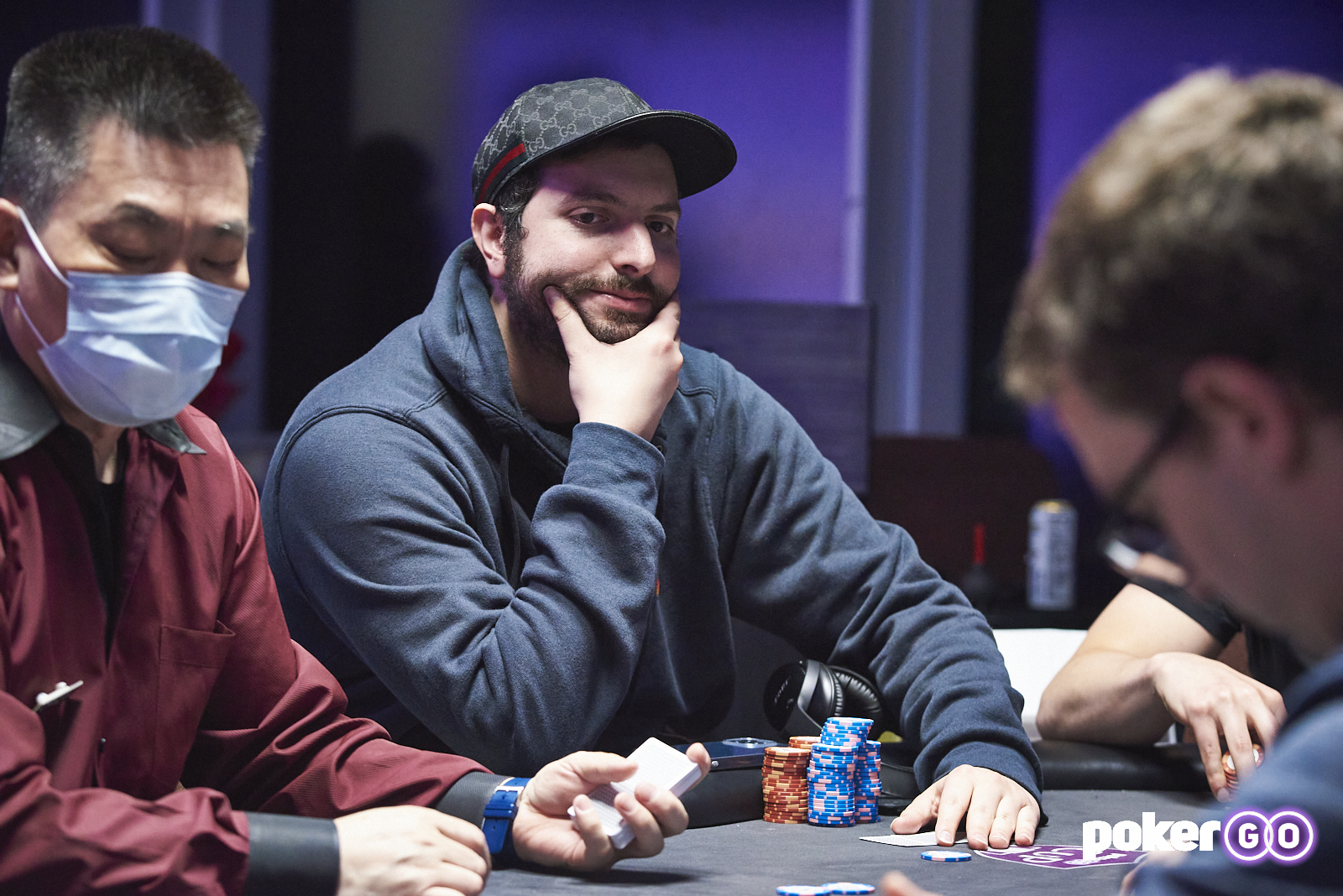 John Riordan eliminated the final four players of the evening to head into the final table of Event: #6 $25,000 No-Limit Hold’em with a one million chip advantage over Thomas Winters and Anuj Agarwal. Joining them at the final table are Jason Koon, Cary Katz, and Steve Zolotow.

Alex Foxen headed into the unofficial final table with the chip lead but doubled up David Coleman and Katz in quick succession before finding himself all-in holding pocket fours against Riordan’s pocket kings. Foxen turned outs to a straight but couldn’t find a four, six, or a deuce on the river and was eliminated in ninth place.

Shortly after, Riordan and Ali Imsirovic played the biggest hand of the tournament thus far when Imsirovic opened to 28,000 from under the gun and Riordan 3-bet to 70,000 next to act. The flop fell

for an open-ended straight draw while Imsirovic tabled

for the overpair to the board. The turn

paired the board, but when the river

hit the felt, Riordan completed his straight to eliminated Imsirovic in eighth place and rake in over a 1.3 million chip pot.

On the first shuffle after the break between levels 10 and 11, David Coleman opened to 35,000 from under the gun and Riordan 3-bet to 75,000 next to act. Action folded back to Coleman, who moved all-in for 245,000 total, Riordan snap-called. Coleman held

. The dealer spread the

on the flop to give both players trips, but when the

hit the felt on the turn, Riordan made a full house. The river

completed the board, and Coleman was eliminated in seventh place to burst the money bubble.

Riordan started his elimination spree by knocking out Seth Davies in 10th place when his pocket nines bested Davies pocket sevens to send the event to the unofficial final table of nine.

When play resumes there is 36:12 remaining in level 11 and the button is in seat 4

The final six players will return to the PokerGO Studio on Monday, July 12, at 12 p.m. PT with the final table airing on PokerGO.com at 1 p.m. PT.