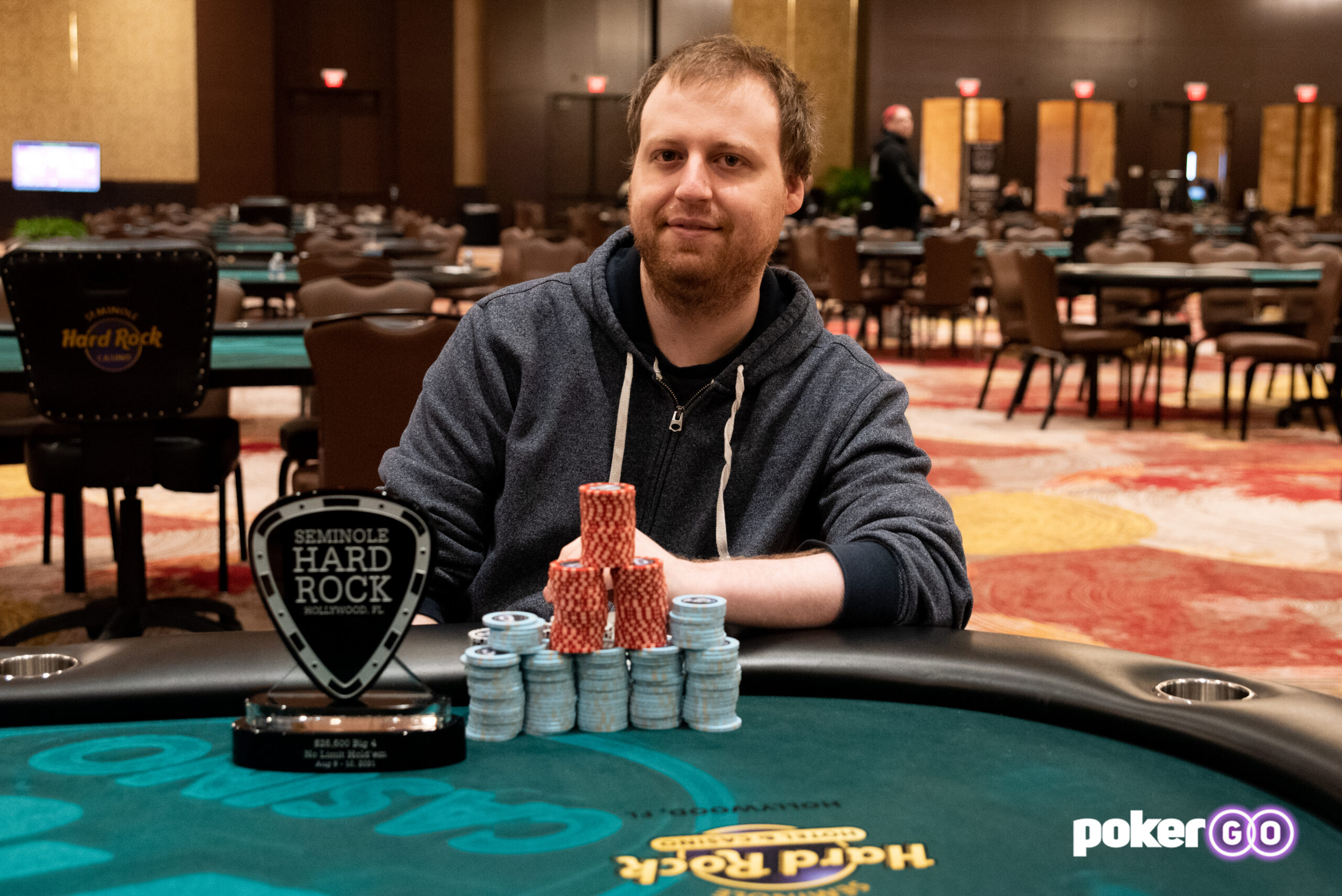 Joe McKeehen has a long list of poker accomplishments and he can now add the trophy from the 2021 Seminole Hard Rock Poker Open Event #39: $25,500 “The Big 4” High Roller to his collection. McKeehen topped a field of 91 entries to win the tournament’s $550,990 first-place prize. He entered the final table with the chip lead, got to heads-up play with Darren Elias, and then won the final flip to get the trophy following a deal between the two top players. Elias took home $539,135 for his run.

At the final table, McKeehen took out four of his eight opponents. In addition to busting Elias in the end, McKeehen eliminated Thomas Boivin in third place, Joseph Cheong in sixth place, and Nadya Magnus in eighth place. For much of the final table, it was McKeehen’s show. He held the chip lead at the beginning of the final day and kept his spot at the top of the mountain for much of play at the final table until Elias made a late surge.

Chad Eveslage was the first player to bust on the day, falling in ninth place at the hands of Elias when he ran his pocket jacks into Elias’ pocket kings. Magnus was next in eighth and then Dylan Smith busted at the hands of Cheong in seventh place.

Cheong’s run came to an end in sixth place when he was dominated by McKeehen, then it was David Peters having his aces flushed by Elias to bust in fifth place. Jake Daniels was then knocked out in fourth place, followed by Boivin in third.

Ali Imsirovic is still at the top of the PokerGO Tour presented by Guaranteed Rate leaderboard and the top 10 remains unchanged, but there’s still one final $10,000 High Roller at Seminole Hard Rock that could have implications on the standings. Be sure to follow along with our coverage of that event to see the final results.