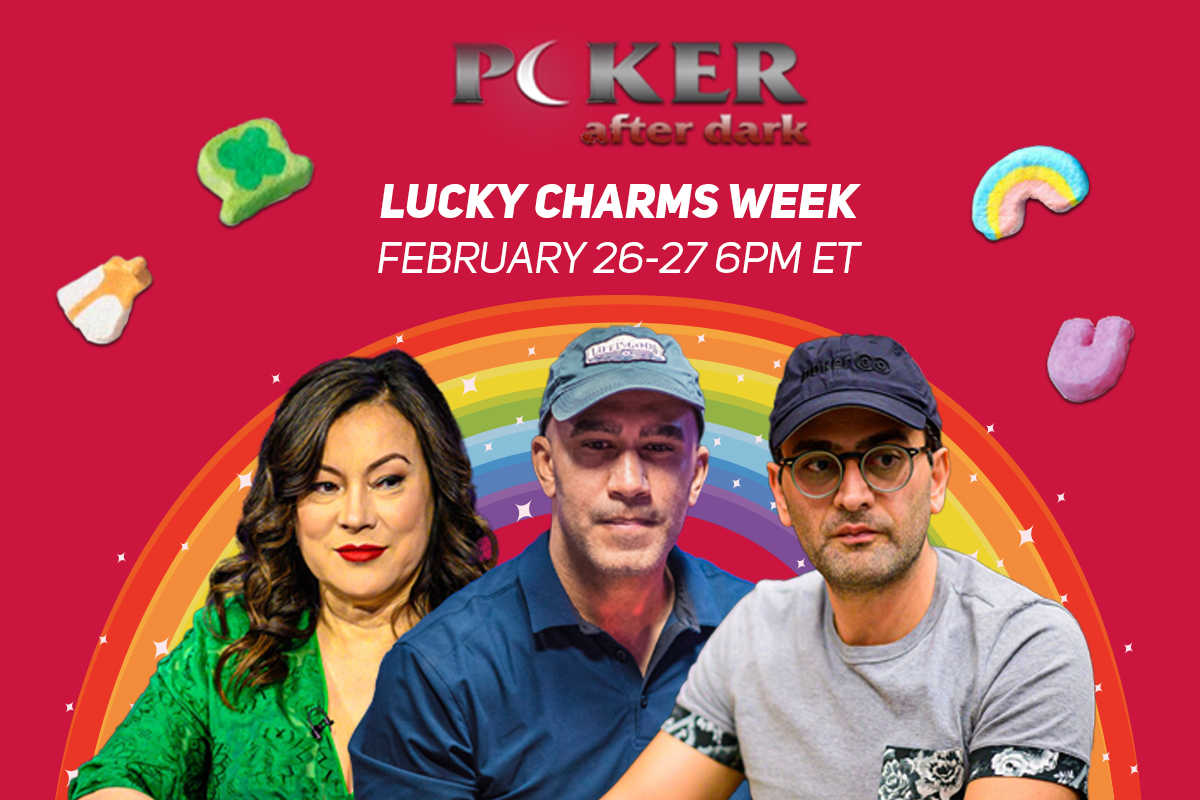 Poker After Dark is back with two thrilling nights of action from the PokerGO Studio as Jennifer Tilly, Bill Perkins, and Antonio Esfandiari headline “Lucky Charms Week”. The action in this $100/$200 No Limit Hold’em game with a $200 big blind ante gets underway at 3:00 pm ET on Wednesday and Thursday this week!

Each of the two days of play, Esfandiari and Tilly will square off along with Super Bowl champ Evan Mathis, and David Silverman. On the first night, Doc Barry will join the fun along with Mike Shaheen and Randall Emmett while Bob Bounahra, Julie Yorn, and Bill Perkins will take their seats on Thursday night.

The game features a cast of characters that have been friends for many years and play against each other on a regular basis, so expect lots of banter, needling, and the potential for some crazy action given their history with each other! Some player has history on PokerGO as well with some notable sessions headlined by some of this week’s players.

Bill Perkins hosted his own game on “Perks of the Trade” with whopping $500/$1,000 blinds in a game that featured Haralbos Voulgaris, Rick Salomon, Phil Galfond, Doug Polk, and Dan ‘Jungleman’ Cates among others.

This week’s headliner, Antonio Esfandiari, has played on Poker After Dark numerous times as well as the Super High Roller Cash Game, and a dedicated episode of “Beyond the Rail” on PokerGO. Jennifer Tilly has been a mainstay as well, being featured most recently on the spectacular G.O.A.T. Week with NBA legend Paul Pierce.

This week’s Poker After Dark action will feature a $500 7-2 Game where the winner of a hand with the worst hand in poker will receive an additional $500 from each player. Click here for the first night of action and click here for the second night.

New to PokerGO? Subscribe right now and never miss another piece of the action as well as getting access to the world’s largest database of poker action!