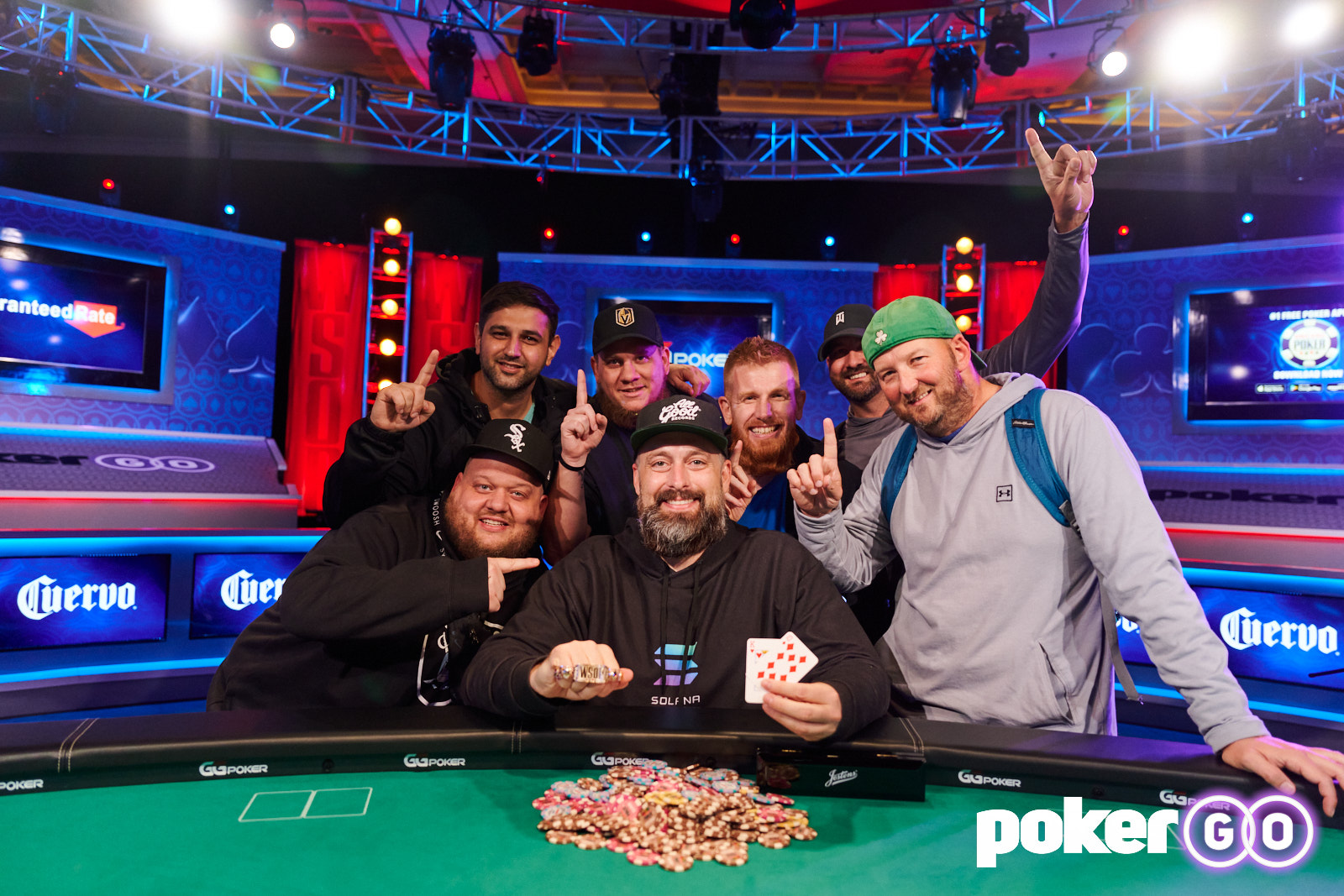 Harvey Matthews of Mount Morris, Michigan is the newest World Series of Poker gold bracelet winner after he topped a field of 720 players to win Event #13: $3,000 No-Limit Hold’em Freezeout for $371,914 in prize money.

“It feels amazing,” Mathews said after breaking through for his first WSOP bracelet. “I used to come out every year back when I was younger. But after Black Friday I quit coming out. But it just feels great to get back out here and actually have success because I think my biggest live score is like $13,000. So this is pretty huge.”

The PokerGO.com stream lasted nearly four hours, but the final day of the tournament began at noon with the final seven players returning to play down to the final five before the PokerGO stream would begin. After Craig Mason and David Lolis were early eliminations, the final five players took a short break with Belgium’s Michael Gathy holding the chip lead and chasing his fifth No-Limit Hold’em bracelet to join the likes of Doyle Brunson and Phil Hellmuth who are the only players to have at least five No-Limit Hold’em bracelets.

Once the final table resumed, everything immediately began heading Mathews’ way as he doubled twice and held the chip lead before start-of-day chip leader Brandon Caputo exited in fifth at the hands of Mathews as he made a runner-runner flush to crack pocket aces. Girish Apte fell in fourth place when his king-nine failed to improve against Gathy’s superior ace-nine. Gathy would then exit in third running into Mathews’ superior ace as he entered heads-up play with a better than two-to-one chip lead. Mathews never relinquished the chip lead, and on the final hand, luck would still be on his side when his king-ten was against Gabriel Andrade’s ace-nine. The king on the river sealed the deal for Mathews as he was crowned the Event #13 champion.

“I just ran absolutely insane. Maybe the most insane I’ve run in my entire life,” Mathews said about entering the final table as the short stack, only to go on a heater to run away with the victory. Pretty much everything I needed to hit, I hit. So there was very little skill involved, but it was great to run like that at the perfect time.”

Heading into Event #13, Mathews had three career WSOP cashes and just under $30,000 in lifetime tournament earnings. After going the distance and topping the 720 player field, he now adds $371,914 in prize money to his bankroll, and the coveted WSOP gold bracelet to his trophy case back home.

Although he is returning home next week, Mathews plans to be back in Las Vegas for the WSOP Main Event. And regarding any spending plans for the prize money he just won, Mathews said, “I haven’t really thought about it. I’ll be a lot of fun whatever I end up doing.”