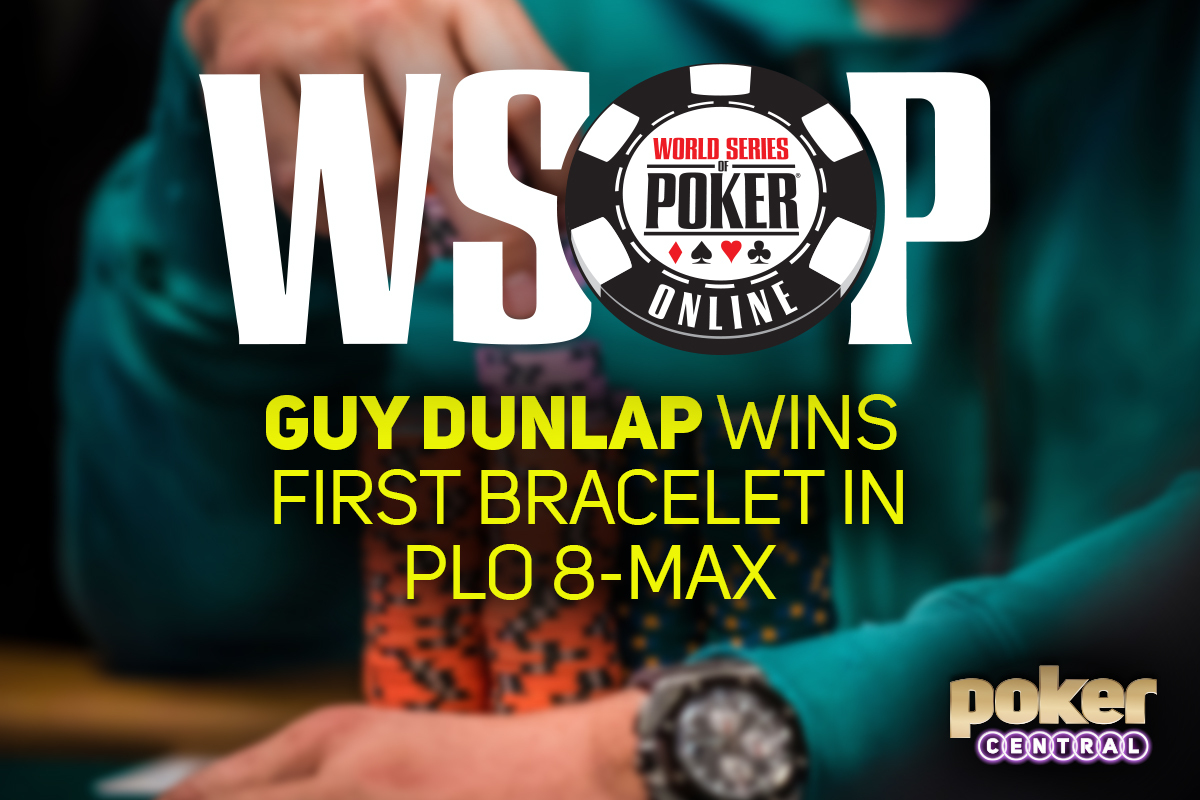 The 2020 World Series of Poker Online continued on Wednesday with Event #15: $1,000 Pot-Limit Omaha 8-Max attracting a 663-entrant field which created a $629,850 prize pool. After 12 hours of play, it would be Oregon-native Guy “PhilLaak” Dunlap collecting his first WSOP bracelet and the $133,780 first-place prize.

The second Pot-Limit Omaha tournament of the series would see both an increase in buy-in from $600 to $1,000, along with the table moving from six-handed to eight-handed play. After “wippitywap” was eliminated on the money bubble in 100th place, the likes of WSOP Online bracelet winners Michael “MiguelFiesta” Lech, Nathan “surfbum” Gamble, and Robert “bustinballs” Kuhn, along with WSOP bracelet winners Erik “NW1Time” Seidel and Calvin “projector52” Anderson all fell short of the final table.

Todd “Chi.T.420” Sladek began the final table as chip leader before two-time WSOP bracelet winner Anthony “heheh” Zinno fell first when his set of aces were outdrawn by Matt “jacksup” Matros’ flush draw. Sladek then eliminated both Matros and Blake “ShamPainPopn” Whittington in seventh and sixth-place respectively before Keith “ThxSimGod” Ferrera exited in fifth. Jacob “Bandit275” Powers fell in fourth before Sladek’s run ended in third-place as Dunlap entered heads-up play with Shane “danish01” Daniels holding a near two-to-one advantage. In the first Pot-Limit Omaha event of the series, Daniels reached heads-up play also but would have to settle for second-place behind Gamble. Unfortunately, Daniels would be denied once more of a WSOP bracelet when he was all-in preflop against Dunlap’s aces that improved to a flush.

Dunlap collected $133,780 for his victory – the biggest of his career after his third-place finish in the 2011 Pendleton Fall Poker Round-Up Main Event for $26,104 – and can now call himself a WSOP bracelet winner.

Robert “BustinBalls” Kuhn is leading on the back of his Event #3 win and eight cashes, while Michael “MiguelFiesta” Lech sits in third, and Ryan “Joeyisamush” Depaulo rounds out the top five. To view the full leaderboard, click here.

Check back with us for daily WSOP Online recaps or dive straight into some throwback World Series of Poker action as WSOP Classic is now available on PokerGO. Watch all your favorite Main Event coverage from 2003 through 2008 right now.