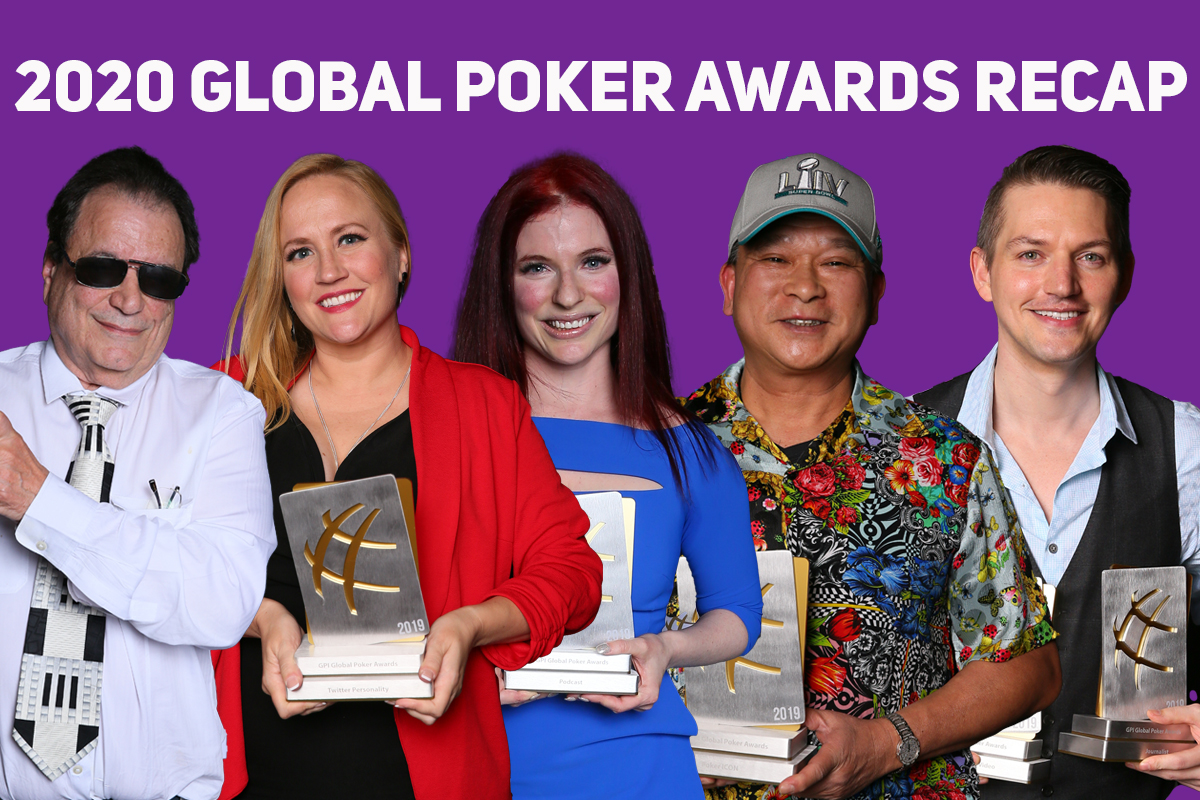 The 2020 Global Poker Awards were hosted inside the PokerGO Studio with plenty of exciting winners!

The 2020 Global Poker Awards took place inside the PokerGO Studio on the Las Vegas Strip on Friday night and it was a who’s who from the international poker scene that was rewarded for their excellence in 2019. Before you read about all winners, check out the full list of nominees right here.

Other players that had outstanding years and were recognized for their play on the felt included Breakout Player of the Year Robert Campbell, Ryan Riess for his amazing 10-high call in Monte Carlo, and Stephen Chidwick for being selected by his peers as “Toughest Opponent.” Phil Hui won the award for “Final Table Performance” with his epic victory in the $50,000 Poker Players Championship at the 2019 WSOP. You can relive that entire final table on PokerGO right here.

In the events categories, the RunGood Poker Series was awarded “Mid-Major Tour of the Year” for the second straight year while the PokerStars Players Championship in the Bahamas took down the “Event of the Year”. Fitting into the events category as well, the Tournament Live Reporters were honored with the Award of Merit, accepted by Tim Duckworth.

Both “Miami” John Cernuto and Johnny Chan were recognized for the totality of their poker career with the former receiving the “Hendon Mob Award” and the later receiving the “Poker ICON Award.” See a full overview of all award winners in the overview below.