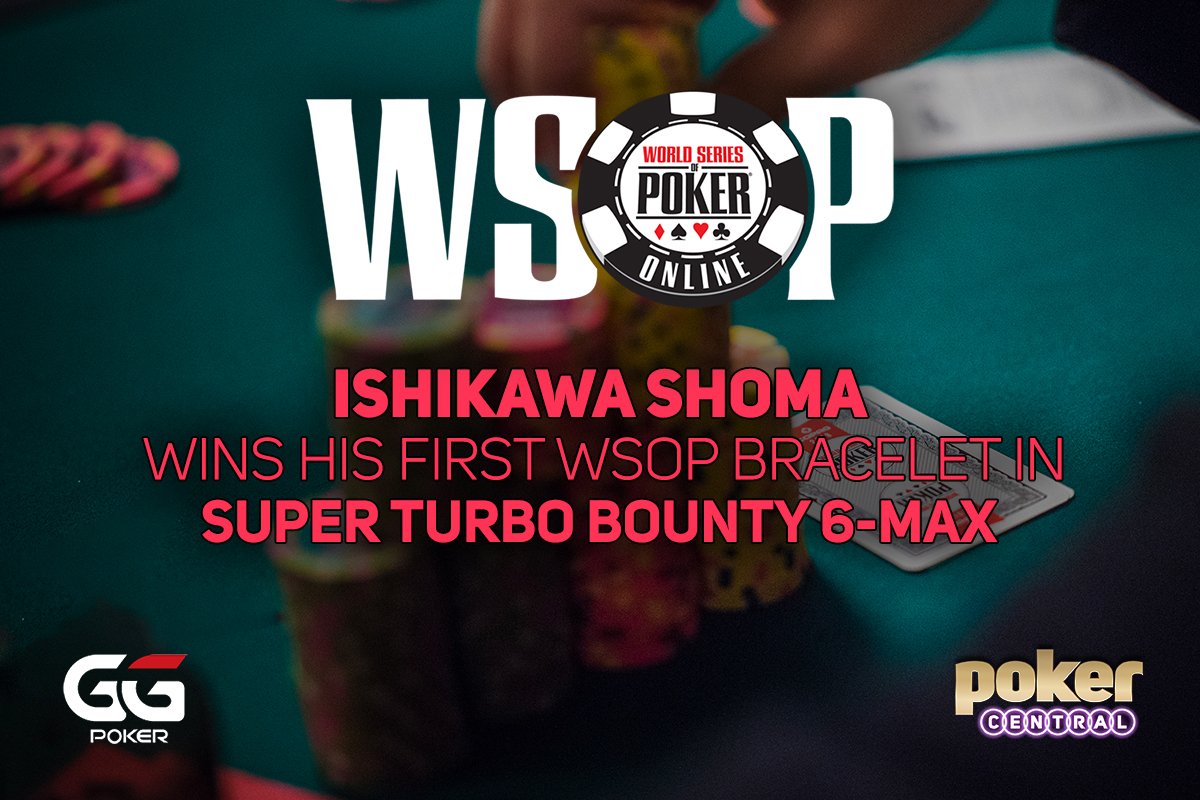 The 2020 World Series of Poker Online began on GGPoker on Sunday with three events on the schedule. Although two events encountered a system bug and had to be suspended for a week, Event #34: $525 Super Turbo Bounty No-Limit Hold’em 6-Handed concluded in a little over three hours with Japan’s Shoma Ishikawa collecting $35,225 in bounty prizes, along with the $82,425 first-place prize to win a total of $117,650 and his first WSOP bracelet.

Event #34 would be unaffected by the technical issues on GGPoker that halted play in Event #32: $100 The Opener and Event #33: $1,111 Every 1 for Covid Relief as a total of 2,214 entrants created a prize pool of $1,107,000. GGPoker ambassadors Fedor Holz and Mike McDonald were a few of the names in the field, and once the final table was reached, all the nicknames were removed and each player’s real name was revealed.

With the final table reached within three hours, action continued at a lightning pace as Dimitar “Mort” Yosifov fell in ninth as Mulgyeol “waterwave” Kim exited next. At the final break, just four players remained before Daniel “Gyrocopter” Strelitz was eliminated when his pocket nines were outdrawn by Diego “El Motron” Ostrovich’s jack-ten before Gary “STARDOG13” Johnson headed to the rail in third.

Ostrovich entered heads-up play with the chip lead, but Ishikawa went on a run of winning consecutive hands before leaving Ostrovich down to just a few big blinds after winning an all-in clash with ace-nine against king-ten. The final hand would see Ostrovich all in holding five-three against Ishikawa’s nine-six. Although Ostrovich flopped a pair, Ishikawa’s flush draw improved to a bigger pair on the turn, and then a flush on the river to see him crowned the Event #34 champion.

(Payouts do not include bounty prizes)

Ishikawa had amassed just over $34,000 in lifetime tournament earnings with cashes coming in South Korea and Vietnam, and now joins Naoya Kihara and Takahiro Nakai as Japanese WSOP bracelet winners.

Up Next on GGPoker for WSOP Online