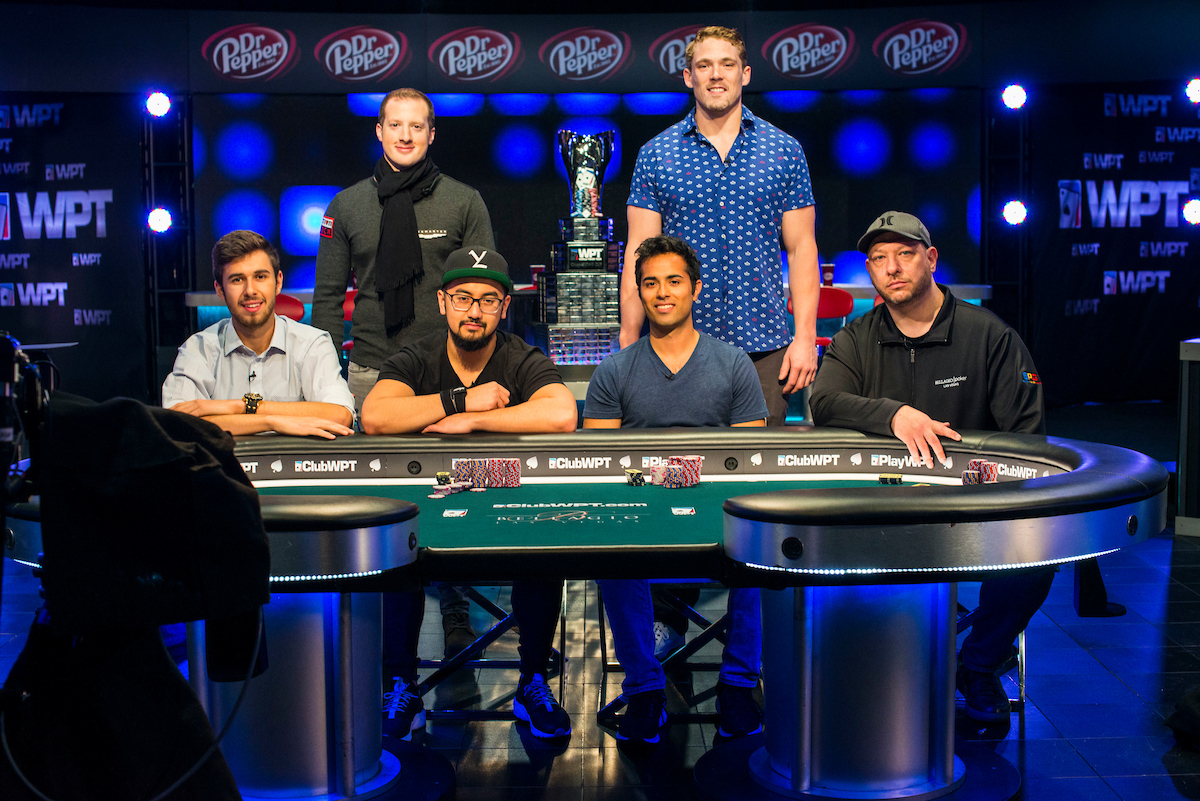 The WPT Five Diamond World Poker Classic final table is set and playing to a winner on PokerGO. (Photo: PokerPhotoArchive.com)

In the storied 16-year career of the World Poker Tour, the WPT has been around the world and back again. No matter how far and wide the tour stretches, no matter where they add new events, Las Vegas will always be one of the WPT’s homes and the Bellagio will always produce massive fields and prize pools.

This year was no different. 812 players entered the $10,000 buy-in WPT Five Diamond World Poker Classic and after five days of play, the record-breaking field is down to a six-handed final table. That final table will resume play at 4:30 PM PT and stream live on PokerGO, meaning another WPT champion will be crowned on poker’s premier streaming platform before night’s end.

While Five Diamond is usually the event that draws out the big names, and it did again this year, this year’s final table features some of poker’s best up-and-coming names. 21-year-old Sean Perry leads the way, just a handful of days after he became old enough to even play in this event.

Behind Perry, Ryan Tosoc is making back-to-back trips to the Five Diamond final table. In 2016, the Las Vegas pro finished 2nd and he will look to improve upon that finish this year to join the WPT Champions Club.

Mike Del Vecchio is already a member of that legendary fraternity, after he won last season’s WPT Rolling Thunder event for $284,000. That figure dwarfs in comparison to what is up top in this year’s Five Diamond event, as both first and second place finishers will earn seven-figure scores, with the entire final table guaranteed over $271,000.

Behind the lone Champions Cup winner are two players that are looking to make their mark on the tournament circuit and a player that is looking to put an exclamation point on an already impressive resume.

Ajay Chabra and Richard Kirsch have already locked up career-best scores, but Alex Foxen likely has his eyes on a career-defining score. The former collegiate football player was in contention for Player of the Year honors during this year’s World Series of Poker, and has had some close calls over the last two WPT seasons. As the short stack, Foxen will have a lot of work to do to get himself back into contention.

No matter who competes for the WPT Five Diamond World Poker Classic, the year’s biggest WPT event will certainly be must-watch action. Subscribe now to watch another WPT final table on PokerGO.