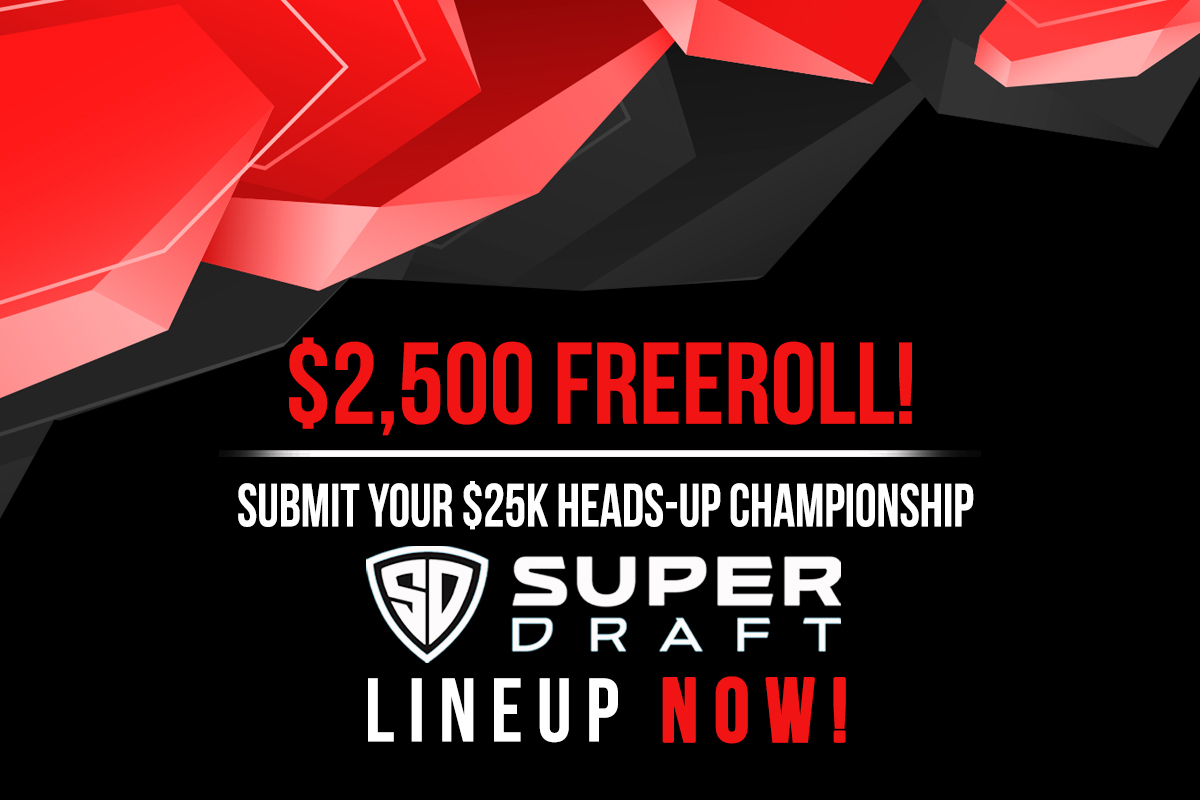 Fantasy poker is live for the 2021 World Series of Poker with contests for 18 WSOP gold bracelet events being run on SuperDraft.

Sean Swingruber won this event in 2019 for $186,356 after defeating Ben Yu in the final. Swingruber and Yu have both yet to register, but the player that was the second entrant is, without doubt, the best bet of today’s event. In 2014, John Smith finished in 11th in the $10,000 Heads-Up Championship, while in 2016 and 2017 he finished runner-up to Alan Percal and Adrian Mateos respectively. To general poker fans, Smith will also be regarded as unknown compared to some of the big names in the field, so his ownership percentage will likely be low, while his reputation and success in this event is high. Draft John Smith!

Another top tip is to draft the players running hot heading into this event. Jonathan Jaffe, Mustapha Kanit, and Adrian Mateos all made the Event #6 final table, and are both registered for this event. Mateos is an easy pick as he won this event in 2017, but his ownership percentage may be on the high side. 2021 Poker Masters Purple Jacket winner and Super High Roller Bowl VI champion Michael Addamo is also a confirmed entrant and is the hottest player in the high roller scene right now.

However, I think the best draft strategy for this freeroll is to look at the bracket and choose players that could all meet in the final four. An alternate method would be to stack one particular quadrant in an effort to maximize your chance of having a player reach the semi-finals. With registration in this freeroll closing when Round 2 is scheduled to begin, any one looking for an edge will have to pay close attention to see who survives their first-round match.

With a 64-player cap in Event #11: $25,000 Heads-Up Championship, many players will most likely miss out on getting a seat in this marquee event. There are also a group of players that would likely consider playing, but managed to bag chips in the Event #9: $10,000 Omaha Hi-Lo Championship.