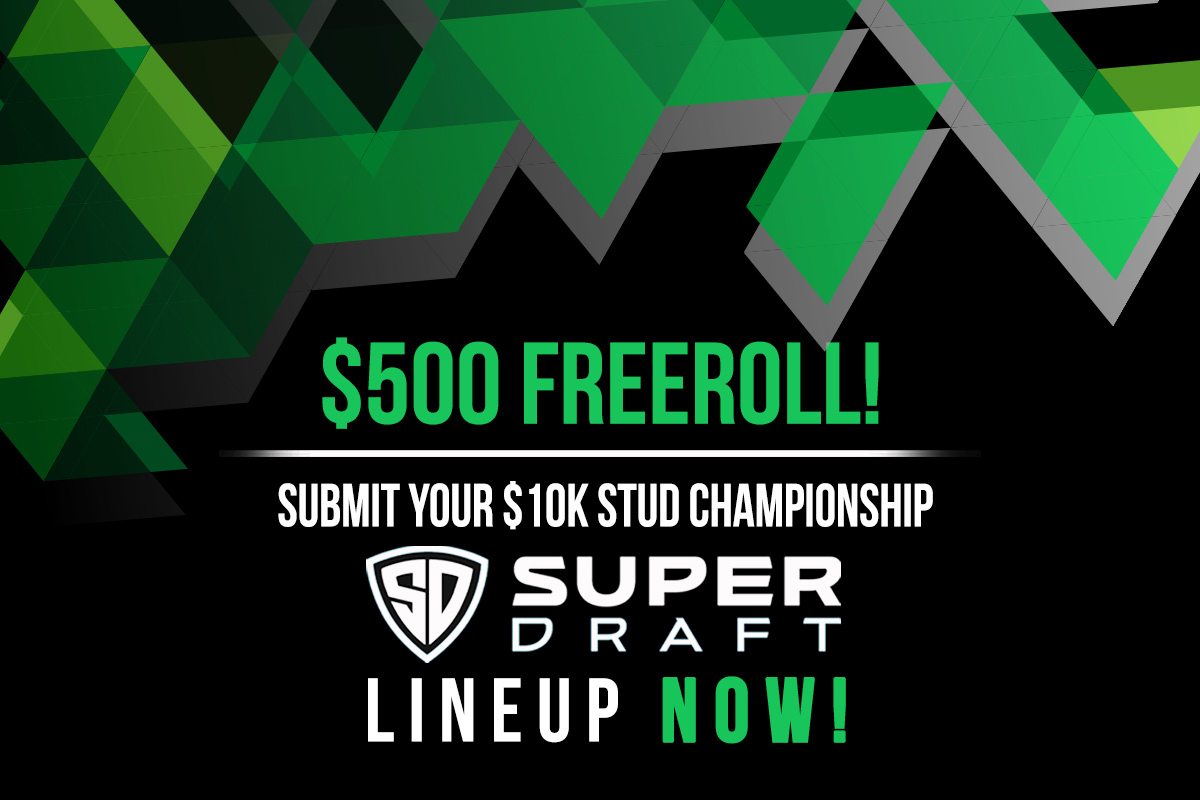 Fantasy poker continues at the 2021 World Series of Poker with contests for 18 WSOP gold bracelet events being run on SuperDraft.

Six-time WSOP bracelet winner John Hennigan is the defending champion after he defeated Daniel Negreanu heads-up to top the 88 player field to win the $245,451 first-place prize. Hennigan would normally be the front-runner for first pick, but he has yet to be spotted, so Negreanu is going to be the consensus top pick in the Stud Championship. As always, Negreanu will carry a heavy ownership percentage, so two other strong options are David “ODB” Baker and Frank Kassela.

Both Baker and Kassela were at the final table alongside Hennigan and Negreanu as they finished in third and seventh place respectively. Both players did bag chips in the $2,500 Mixed Triple Draw Lowball, so if you’re looking for locks, then looking at the Day 1 eliminations shows that Shaun Deeb, Eli Elezra, Brandon Shack-Harris, and Frankie O’Dell are all strong picks.

Deeb finished in fifth-place at the Event #14: $1,500 Seven Card Stud final table on Friday, while Elezra has won two Stud bracelets and a Stud Hi-Lo bracelet. A sneaky pick for your team is O’Dell who will be low on ownership percentage but has the stud chops to match any of the players in the field.

With two events still running that has a plethora of players remaining that would likely play the Stud Championship, it is too early to name any specific players to fade. Our recommendation is to watch how the Limit Hold’em Championship and Mixed Triple Draw Lowball play out, and if any big names are out of those events, but not yet in the Stud Championship – there is a strong chance they will be part of the late registrant crew when the tournament locks on Sunday, October 10, at 2 p.m. PT.

After you’ve pocketed the lion’s share of the Stud Championship freeroll, it’s time to turn your attention to the Event #29: $10,000 Short Deck freeroll where there will be $500 up for grabs. Following the Short Deck, the freeroll will be bumped to $1,000 for Event #36: $10,000 Dealers Choice Championship that will begin on Monday, October 18.