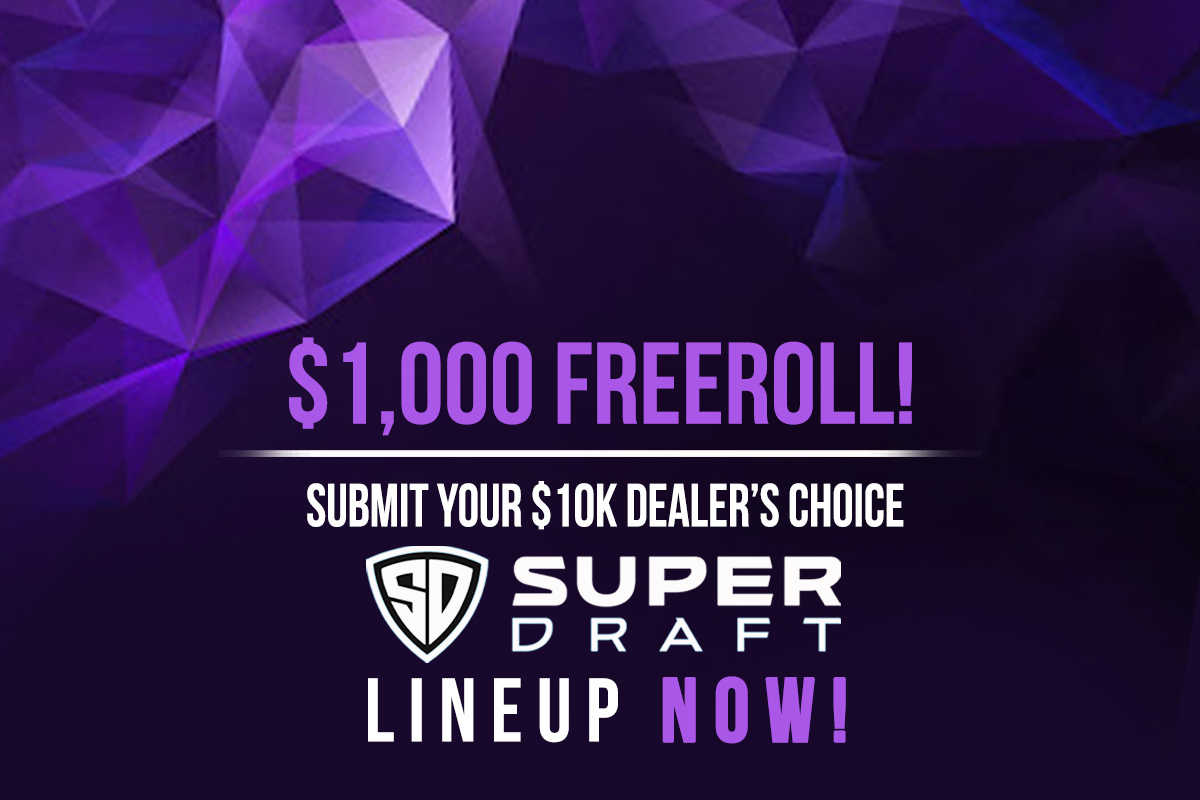 Fantasy poker continues at the 2021 World Series of Poker with contests for 18 WSOP gold bracelet events being run on SuperDraft.

Alex Epstein is the defending champion after winning this event in 2019 when he topped the 114-entrant field to collect the $296,227 first-place prize and his first WSOP bracelet. Epstein leads the top picks for the $500 SuperDraft freeroll along with other players that finished in-the-money and have been seen around the WSOP this year such as Chance Kornuth and Kane Kalas.

Jason Somerville is a sneaky pick in this event as he has been putting in more volume than ever before, and also played this event in 2019. Other players to consider are PokerGO Tour Short Deck regulars such as Ben Lamb, Sam Soverel, and Jonathan Depa.

However, with a few other smaller events running, the normal crew of high roller players and Short Deck experts are expected to be in the field with late registration ending at the start of Day 2. The SuperDraft contest will lock on Friday, October 15, at 2 p.m. PT.