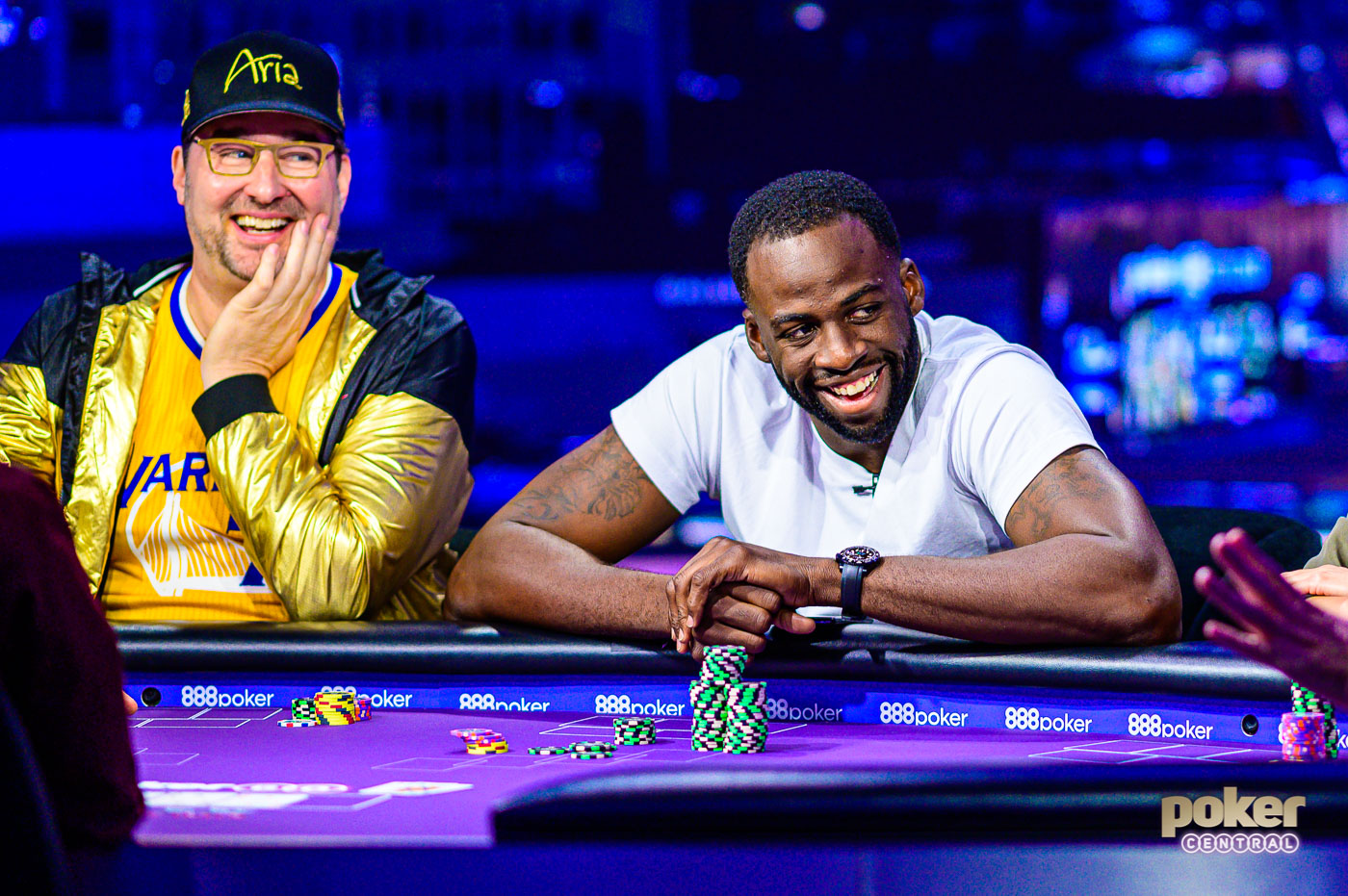 Phil Hellmuth and Draymond Green side by side battling it out on Poker After Dark.

It’s the NBA off-season and you might be wondering, where is Draymond Green? Last night, Green played on Poker After Dark where he squared off against 15-time World Series of Poker bracelet winner Phil Hellmuth and a cast of characters that included some of Silicon Valley’s finest investors.

This week on Poker After Dark’s “Hellmuth Home Game,” it was the “Poker Brat” who invited his best friends to come to play at the PokerGO Studio in Las Vegas and boy did he deliver. The night was action-packed as Chamath Palihapitiya, Jason Calacanis, David Sacks, and Rick Thompson took the felt alongside the aforementioned Green, Hellmuth, and Maria Ho.

Palihapitiya, part-owner of the Golden State Warriors and the founder and CEO of Social+Capital, was the most talkative player at the table, taking jabs at everyone, Draymond included. Jason Calacanis, angel investor, author, and podcaster, gave Palihapitiya a run for his money but being out of position against him made it hard for him to get an edge.

One of the most thrilling hands of the night included Draymond Green, who has just signed a four-year contract extension with the Golden State Warriors worth $100,000,000. Green got caught up a hand holding pocket queens as he was up against Rick Thompson, founder of Playdom, a social game company that was sold to Disney for $763 million.

On this hand, Green got his money in with the best hand against the two jacks of Thompson and you can watch the whole hand in the player below of this pot worth more than $23,000.

Triple-doubles on the court 🏀
Doubles on the felt 🤑@Money23Green is live on PokerGO: https://t.co/XeJ28c5DZh pic.twitter.com/WIQfFP3k0I

Relive the entire night of poker action on PokerGO right now by clicking this link. PokerGO is the ultimate destination for poker fans with more than 100 days of live poker every single year including the World Series of Poker, World Poker Tour, Super High Roller Bowl, Poker Masters, and U.S. Poker Open.

Draymond Green is coming off an NBA Finals loss against the Toronto Raptors and is headed into the 2019/2020 NBA season with some uncertainties as Klay Thompson is sidelined with an Achilles injury. Kevin Durant has left the team for the Brooklyn Nets. It was said that Green had beef with Durant this past season and perhaps the newfound chemistry without Durant on the team will lead to some fun poker games during their many flights across the country. Rest assured, if the Golden State Warriors want to get into the game and play on Poker After Dark, you watch it all on PokerGO.