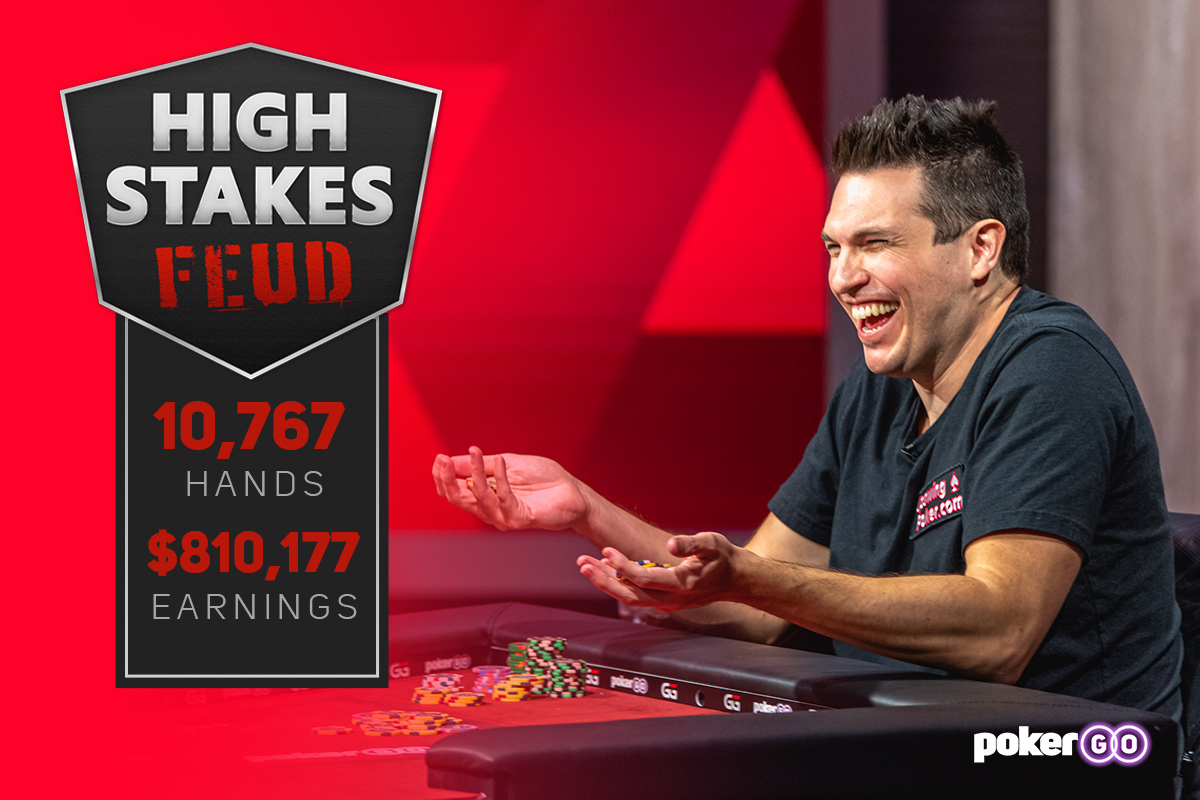 After High Stakes Feud began in the PokerGO Studio, the match moved to WSOP.com where Polk has been dominant winning the majority of the online sessions. During Thanksgiving, Polk went on an upswing of nearly $800k before Negreanu followed that by stringing together three small winning sessions to hold a deficit of $518,394.13.

The 16th session of High Stakes Feud kicked off last Monday as Polk immediately took the early advantage with an uncalled river shove before stacking Negreanu when he rivered a flush against Negreanu’s straight. Polk’s lead pushed out to roughly $65,000 before he picked off a Negreanu bluff with top pair to take his advantage into the six figures. Polk then flopped two pair against Negreanu’s top pair as all the chips went in on the river with Polk now holding a lead of close to $170,000 before Negreanu ran his top pair into Polk’s pocket aces. Polk managed to peak at around $260,000 before Negreanu eroded the deficit and ended the session after 824 hands with Polk winning $160,348.88.

On Wednesday, Polk and Negreanu began their 17th session with Polk surging ahead early as he stacked Negreanu with a turned flush versus a turned straight to move ahead by roughly $60,000. Negreanu immediately eroded the lead when he flopped top set and found a full double through Polk before Polk returned the favor by flopping his own top set. From there, Polk never relinquished the lead as he slowly increased his advantage before the session ended after 662 hands with Polk winning $101,713.33.

Negreanu kicked off the 18th session of High Stakes Feud by surging out to the early lead of roughly a buy-in. Polk grinded his way back to even and then found a double when he outdrew Negreanu on the turn with top pair against Negreanu’s second pair and flush draw. Polk then spiked a flush on the turn against Negreanu’s trips to move his advantage to nearly three buy-ins before a monster cooler saw Negreanu five-bet jam with pocket aces as Polk called with pocket kings and spike his set on the flop to prompt another rebuy from Negreanu as his deficit was now at roughly $160,000. The two went back-and-forth for the second half of the session as Polk locked up another win amounting to $173,362.61 after 980 hands.

The final session of the week took place on Friday and everything went Negreanu’s way as he moved out into a roughly $100,000 lead on-the-back of stacking Polk with a flopped straight against a turned set. Polk managed to bring it back to nearly even before running into trips as Negreanu steadily furthered his advantage throughout the session before it ended after 834 hands with Negreanu winning $143,642.37.

With 19 sessions now complete, 10,767 hands have been dealt of the 25,000-hand quota in High Stakes Feud. Polk holds a lead of $810,176.58 over Negreanu as Poker Central will continue to provide weekly updates of all the High Stakes Feud action until a winner is crowned.