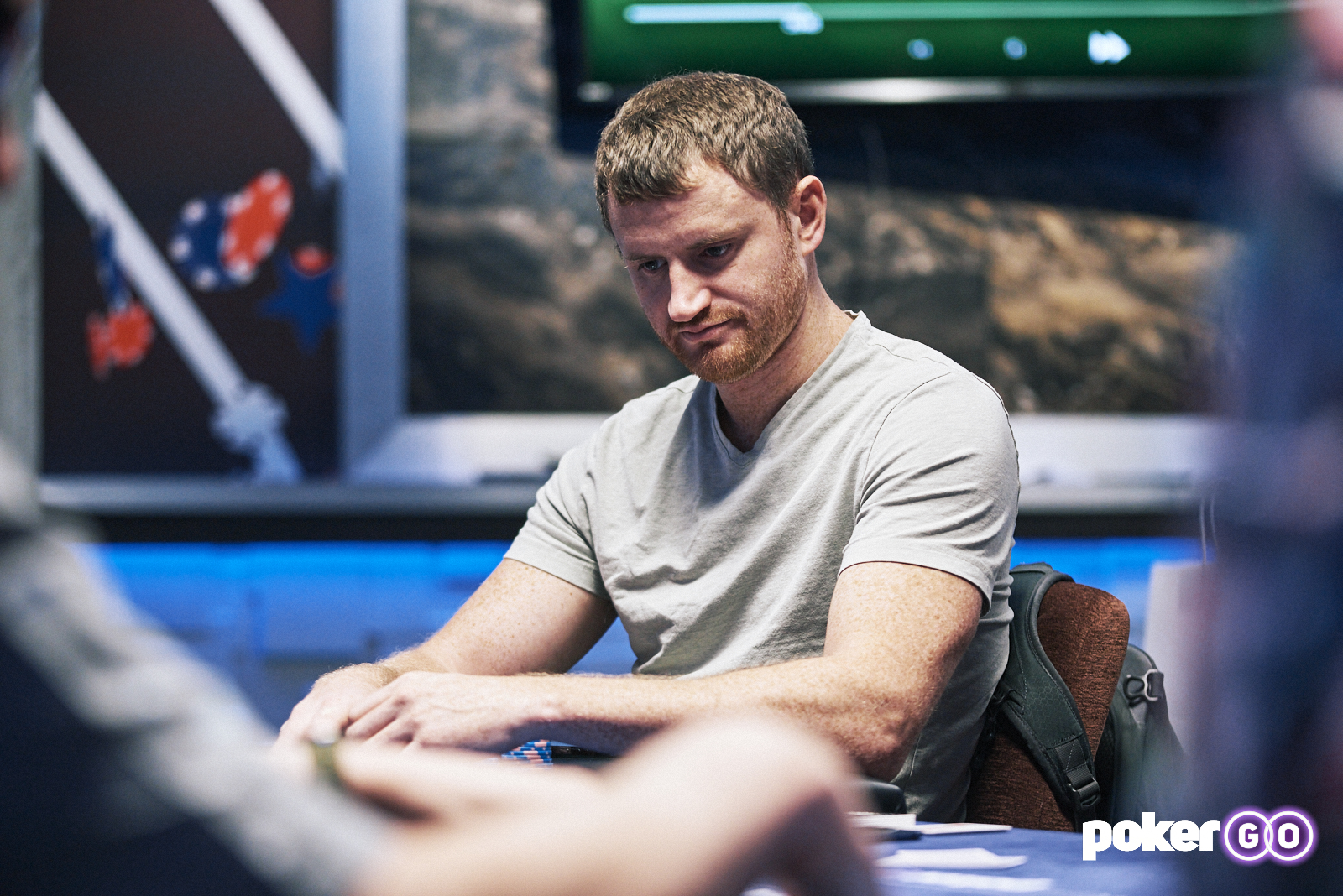 Fresh off his win in Event #7, David Peters holds 66 percent of the chips in play heading into the final four players of Event #10, $10,000 Short Deck. Joining Peters in the final four are Ali Imsirovic, Cary Katz, and Thomas Kysar. Katz is at back-to-back final tables, while Imsirovic will be headed back to the final table for the third day in a row and will be looking for his second consecutive trophy. Kysar, who is playing in his first event of the series, rounds out the field.

In the smallest field of the U.S. Poker Open thus far, the atmosphere in the PokerGO Studio was even more electric than almost any other tournament, and it was almost all thanks to Randy Kaas. Kaas came into the day never having played a hand of Short Deck, but the businessman and inventor went on a spectacular run of cards just after registration ended.

Kaas would eliminate six players en route to the final table, starting with Stephen Chidwick on the first hand after dinner break when he flopped a set of tens against Chidwick’s ace-jack. Chris Brewer was the next to fall about twenty minutes later when Brewer moved all-in with a set of nines on the flop, but Kaas had flopped a straight.

Kaas wouldn’t see another elimination for about an hour, but then he picked off three players in the span of 30 minutes to take us to the final table. Jake Daniels was the first to fall when Kaas rivered a full house against his trip jacks. Sergi Reixach and William Draper followed shortly after, and Kaas headed into the final table with over two million chips. Kaas would cape off his elimination spree at four in a row when he eliminated Sean Perry just after reaching the final table.

However, Kaas could not continue the hot streak at the final table. He would double up both Kysar and Imsirovic in quick succession before finally getting his remaining chips in the middle, holding ace-eight against the pocket tens of Peters.

With the knockout, Peters vaulted to over three million in chips and began to use the weight of that chip lead to his advantage. Sean Winter was the next to fall at Peters hands after getting his last 465,000 into the middle holding ace-queen suited against Peters ace-king. Peters flopped a pair of kings to eliminate Winter in sixth place.

Then came the final hand of the evening and the fireworks. For the better part of twenty minutes, Imsirovic and Negreanu asked each other what they would do if they limped with pocket kings and Peters moved all-in. Negreanu insisted he’d play for the win and let the cards do the talking.

Negreanu got his chance when the exact scenario played out as Negreanu limped his pocket kings and Peters moved all-in holding jack-ten. Negreanu called, and Peters rivered a straight to eliminate Negreanu and burst the money bubble.

When play resumes the button will be in seat four and there is 20:05 left in level 15.

The final four players will return to the PokerGO Studio on Sunday, June 13, at 12 p.m. PT with the final table airing on PokerGO.com at 1 p.m. PT.