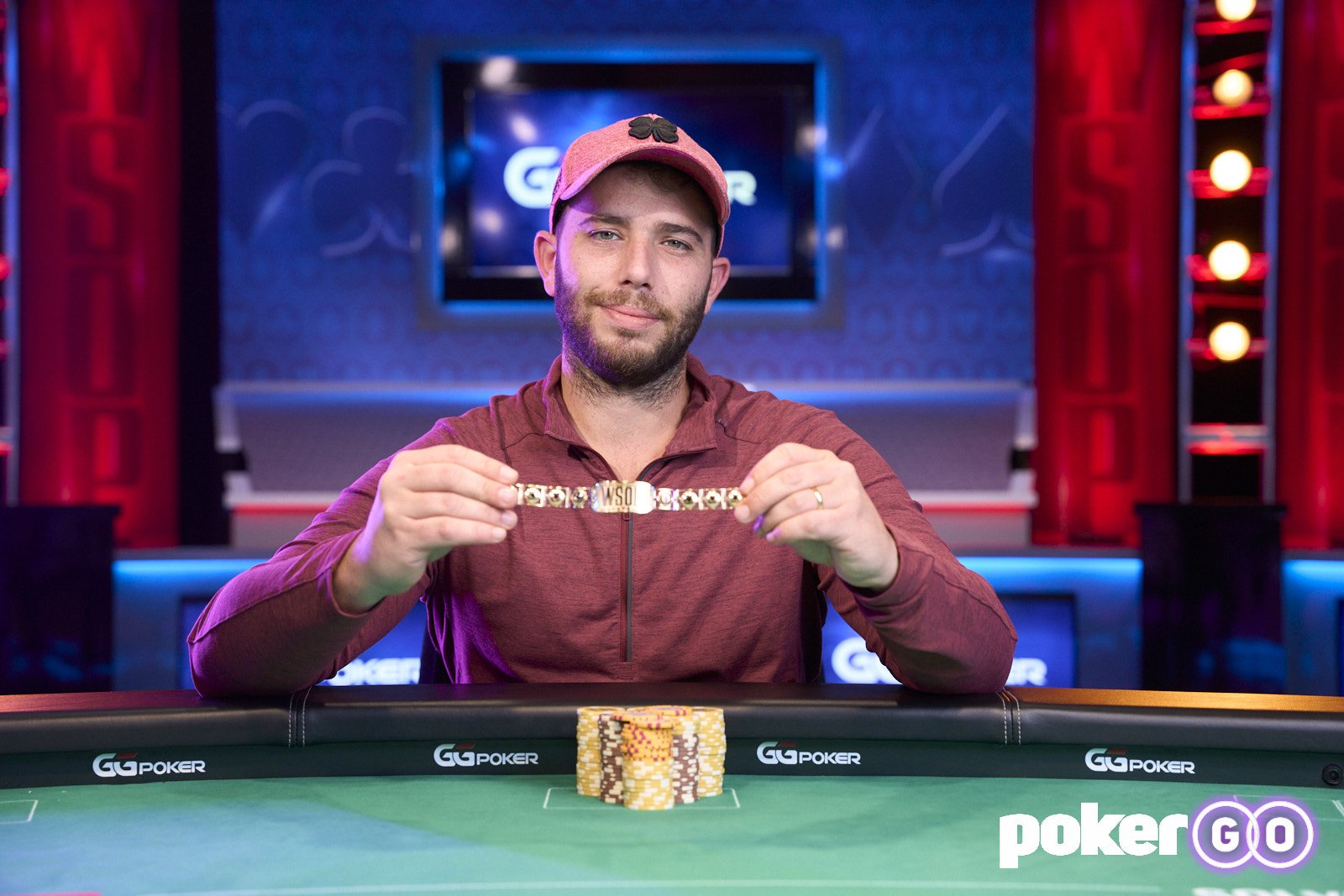 The first seven-digit prize has been awarded at the 2021 World Series of Poker with Daniel Lazrus topping the massive 5,330-entrant field in Event #17: $1,500 MILLIONAIRE MAKER to win the $1,000,000 first-place prize and his second WSOP gold bracelet of the year. Surrounded by friends on the rail, Lazrus claimed gold under the bright lights of the WSOP Main Stage with PokerGO.com streaming all the final table action.

“It’s the greatest feeling in the world. I owe it all to some of the guys back there, friends that aren’t here that I’ve been playing poker with and talking hands with for years,” Lazrus said about his supporters cheering him on. “It couldn’t be a better scenario. This was a great experience. It was amazing. Having one of the best players [Ali Imsirovic] in the world on your rail is always an advantage for sure. I’m very happy.”

Earlier in the year during WSOP Online held on WSOP.com, Lazrus topped a 265-entrant field to win Event #28: $3,200 No-Limit Hold’em High Roller Championship for $205,347. He defeated Daniel Buzgon heads-up and outlasted fellow final tablists and accomplished poker players Brett Apter, David Peters, Jeremiah Williams, and Jim Collopy. At this MILLIONAIRE MAKER final table, Lazrus outlasted Belgium’s Michael Gathy who was at his second final table of the series, and in pursuit of joining Phil Hellmuth as the only other player with at least five No-Limit Hold’em WSOP gold bracelets.

“Him [Michael Gathy] and Ignacio [Moron] are both very good players,” Lazrus said regarding the competition at the MILLIONAIRE MAKER final table. “I just play my game and just take it with what it is. I try to stay out of their way, but I also know that they’re going to make the folds that they need to with the ICM considerations.”

When play ended on Tuesday night with just five players set to return for the PokerGO-stream final table, Lazrus held the chip lead with just under half the chips in play. Lazrus eliminated Moron in fifth and Jeffrey Gencarelli in third as he entered heads-up play with Darryl Ronconi with a commanding lead of roughly 104 big blinds to 29 big blinds. Ronconi found several doubles before he four-bet shoved his final 42 big blinds with ten-seven and Lazrus called with ace-jack. Ronconi flopped a straight draw, but when the turn and river bricked out, he was eliminated in second place, and Lazrus was crowned the Event #17: $1,500 MILLIONAIRE MAKER winner for his second career WSOP bracelet.

“This one feels much more special. It feels more legitimized than online did just because there’s a different atmosphere and different time of year,” Lazrus said about comparing his first WSOP bracelet earlier this year to this one. “This makes me happy with the decision I’m making of putting a lot of time into playing poker. The first was an achievement, but this feels like this was the achievement and I didn’t realize it yet. And this is a much greater feeling.”

Rewatch Daniel Lazrus win his second WSOP gold bracleet with the archived live broadcast on PokerGO.com. Use code “WSOP2021” for $20 off an annual PokerGO.com subscription now!