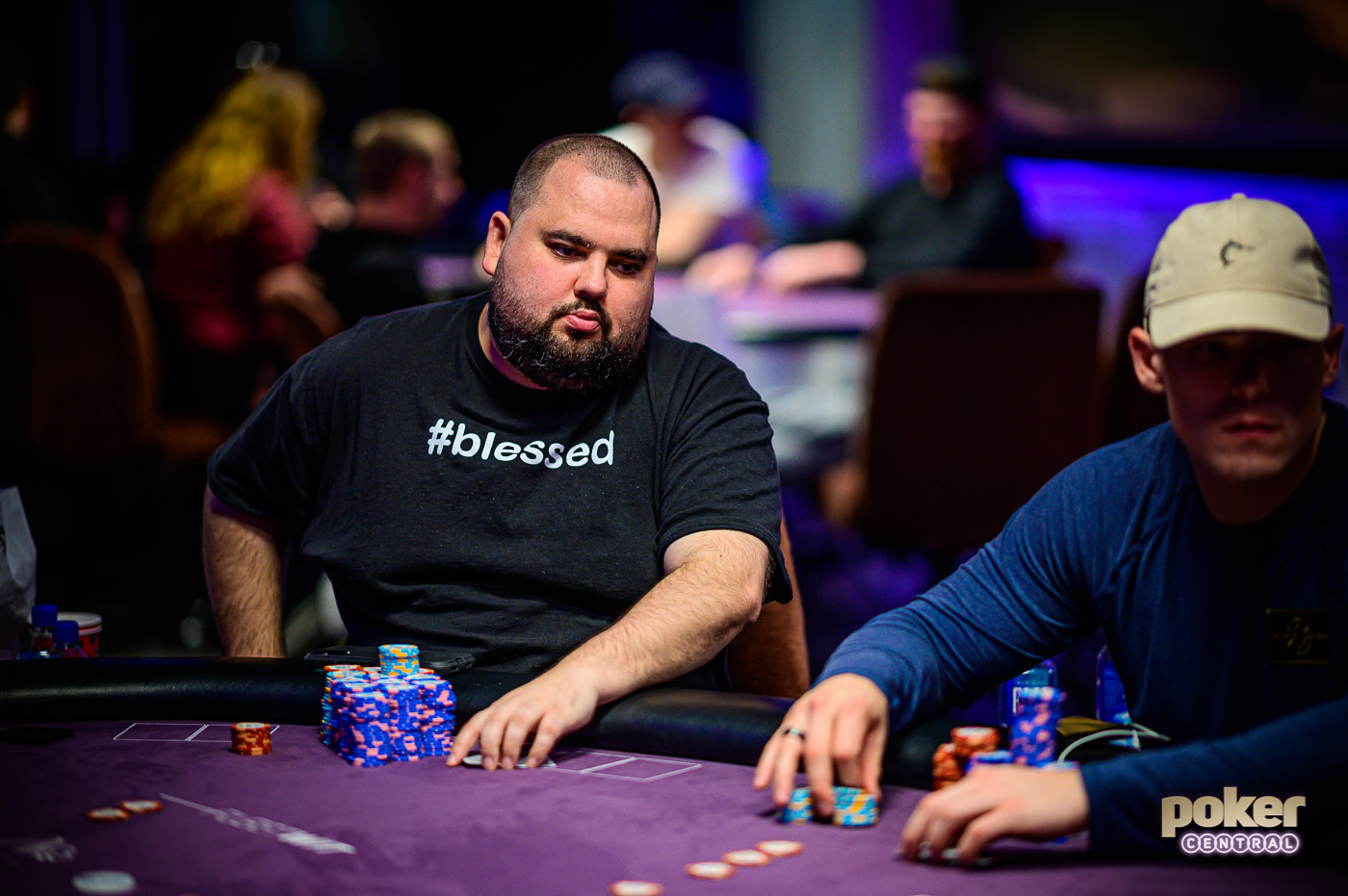 The final event of the 2019 Poker Masters saw the biggest buy-in event of the series held inside the PokerGO Studio, as a total of 34 entrants took a seat in Event #10: $50,000 No-Limit Hold’em. After 15 levels of play, just six players would remain with action currently on the money bubble, and Chris Hunichen holding the chip lead heading into Thursday’s PokerGO streamed Event #10 final table.

For the third year consecutive year, the ARIA Resort & Casino would play host to the Poker Masters, and after another full slate of events being played out from inside the PokerGO studio, the finale of the series was upon us. The 34-entrant field would be filled with 23 unique players as a prize pool of $1,700,000 would be created that paid the final five players. A min-cash would be worth $136,000, while ascending to the top would earn the eventual Event #10 runner up the $680,000 first-place prize and title of champion.

In similar fashion to the previous few events, a late influx of players would see the tournament increase to two full tables of 15 once registration closed. Players were eliminated at a consistent rate until a quick back-to-back set of knockouts Chance Kornuth and Orpen Kisacikoglu eliminated to leave the final table of nine set. With player redrawn to one table, Chris Hunichen would hold the chip lead with roughly 1.2 million only slightly ahead of Stephen Chidwick, Sam Soverel, and Ali Imsirovic.

Chips circulated between everyone for the first level of the final table, until a double-elimination by Chris Hunichen of Kahle Burns in eighth place, and Bryn Kenney in ninth place, left the final table down to seven. Just a few hands later, Alex Foxen would exit in seventh place to leave the final six players on the money bubble. Play continued until the level was complete, and play would be concluded for the night with six players remaining.

Leading the final six players is Chris Hunichen with 1,795,000. After entering the final table with the chip lead, the double knockout he delivered on Burns and Kenney saw him separate himself from the pack behind him. After playing in Event #1, Hunichen has missed the rest of the series due to a sickness that has kept him at home, but his return could result in him picking up not only his first Poker Masters cash, but potentially his first win in a High Roller Triple Crown Event.

Sam Soverel finds himself entering yet another Day 2 of an event. Finishing with 1,340,000 in chips, Soverel picked up the aggression once Burns was out as it was official that he would be crowned the 2019 Poker Masters Purple Jacket winner following in the footsteps of Steffen Sontheimer (2017) and Ali Imsirovic (2018) before him. What is more remarkable for the reigning High Roller Player of the Year is that he is fresh off winning the British Poker Open Championship where he collected four cashes and two wins. Here at the Poker Masters, Soverel has collected six cashes and one win, and what better way to be awarded the Purple Jacket then to do so while winning the final event.

Sitting in third overall is Seth Davies with 1,140,000 in chips. Davies has only been in attendance at the Poker Masters for the last few events but his decision to do so may be a profitable one if he survive into the money-paying top five. Fourth overall is 2018 U.S. Poker Open champion Stephen Chidwick with 945,000 in chips. Chidwick has only two Poker Masters cashes this series after collecting four British Poker Open cashes and one win back in September, and he’ll be looking to become the first player to win a Poker Masters, British Poker Open, and U.S. Poker Open title.

Heading into the final table fifth overall is Elio Fox with 825,000. Fox has two Poker Masters cashes this series, and if he can sneak into the money in Event #10, it will be his biggest cash as part of the High Roller Triple Crown set of events. Rounding the final table is defending Poker Masters Purple Jacket winner Ali Imsirovic with 755,000 in chips. Imsirovic has a very respectable second, third, and fifth, at this year’s Poker Masters, but fell short of being able to wear the Purple Jacket for a second consecutive year.

Follow the final table exclusively on PokerGO through your favorite devices and in the embedded player below. Can’t watch live? Catch the action on-demand at your leisure. New to PokerGO? Subscribe right now.