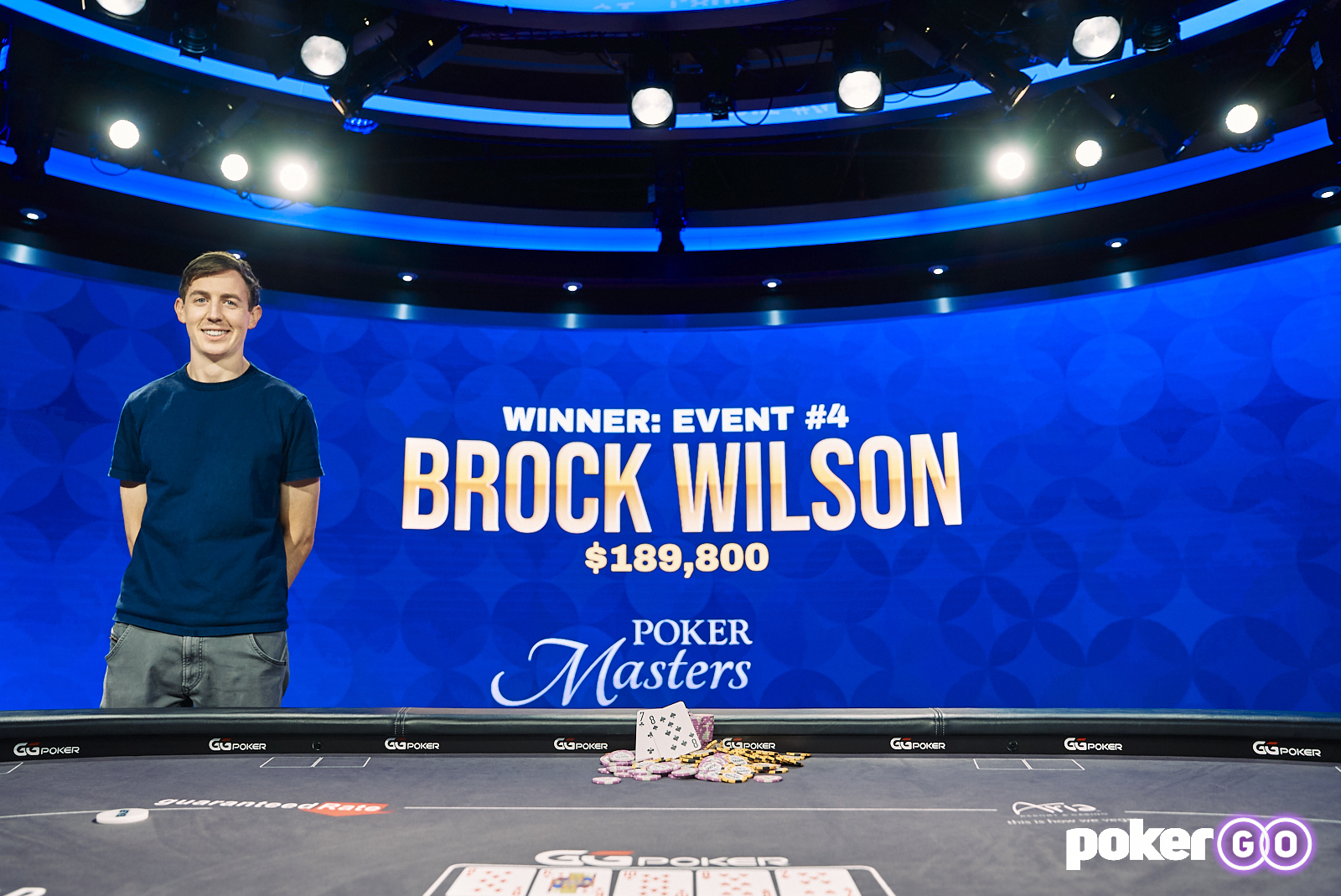 The fourth tournament of the 2021 Poker Masters found a winner on Saturday evening in Las Vegas, and it was Brock Wilson landing himself in the winner’s circle with a $189,800 payday. Wilson topped a field of 73 entries to take home the lion’s share of the $730,000 prize pool, beating Elio Fox in heads-up play.

On the final hand, both players turned trip eights and were lined up to chop the pot, but Wilson rivered a full house, moved all in, and Fox called it off with the losing hand. Fox picked up $138,700 for his second-place finish.

In addition to winning Event #4: $10,000 No-Limit Hold’em, Wilson moved into first place on the 2021 Poker Masters leaderboard. He’s now the player to catch in the race for the coveted Purple Jacket.

For Wilson, it was his second cash of the 2021 Poker Masters, following his fourth-place finish in the first event of the series. It’s also his first victory on the PokerGO Tour presented by Guaranteed Rate.

The final six returned to play on Saturday with Brekstyn Schutten in the lead. Wilson was the shortest stack remaining, bringing 360,000 in chips back with a little under a half of an hour left in Level 14 with the blinds at 15,000/30,000 with a 30,000 big blind ante. Sam Soverel also remained, sitting fourth in chips at what was his 10th Poker Masters final table.

After the group played six-handed for a bit of time, Nick Petrangelo was eliminated in sixth place. He was busted by Chad Eveslage after Eveslage flopped a set of deuces against Petrangelo’s pocket queens. Petrangelo took home $43,800 in prize money.

. Brekstyn Schutten called from the small blind with the

and then Soverel called from the big blind with the

and action checked to Wilson. He bet 150,000, Schutten folded, and Soverel made the call. The turn was the

to give Soverel two pair and he checked. Wilson announced that he was all in and Soverel called for his last 365,000. The river was the

After Eveslage went out in fourth for $73,000 and Schutten busted in third for $94,900, action was heads up between Wilson and Fox. Fox started with the chip lead with 6.625 million to Wilson’s 2.5 million.

Wilson picked off a big bluff from Fox to double up and move into the chip lead and then he maneuvered his way to victory lane from there.

On the PokerGO Tour presented by Guaranteed Rate leaderboard, Soverel added to his third-place total but remained in the same position behind leader Ali Imsirovic and second-place Sean Perry. Soverel now has 1,773 points.